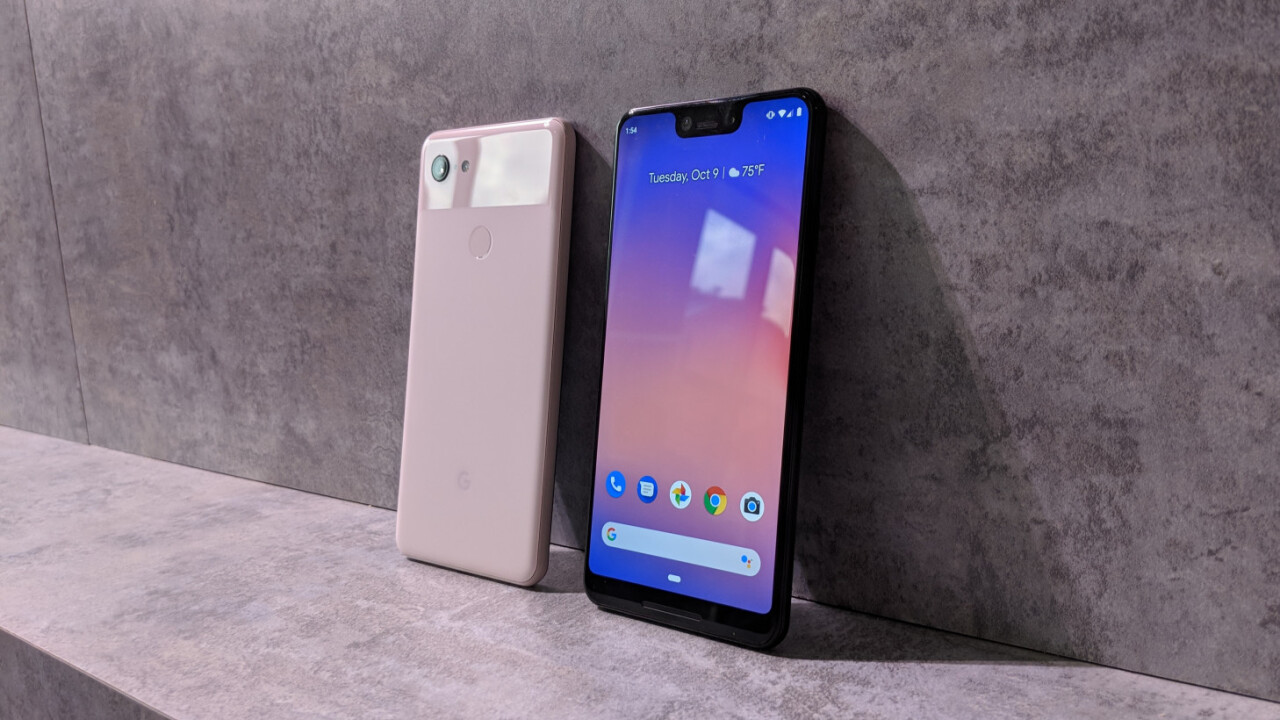 I went through some déjà vu at today’s Pixel event. Like last year, a myriad of leaks revealed almost everything about the Pixel’s hardware, lowering my expectations of what Google could pull off. But also like last year, the device looked better in person, and a few clever software features meant I left the event more excited than I thought I’d be given how much we knew about the device beforehand.

Note: We covered the device’s specs and features extensively in our announcement post. This hands-on will focus primarily on my thoughts and impressions after using the device briefly.

The Pixel 3 is a good-looking phone. While the move to a glass back for wireless charging will be somewhat divisive, I like how Google implemented its two-tone look using different glass textures on the back; the top of the device is glossy while most of the back is covered in a slightly more grippy matte finish. This matte portion also has the practical benefit of concealing fingerprints.

I also like that way the metal frame is painted to match the glass, and the accented power button is always a nice touch. Side note: the ‘Not Pink’ color looks  much better in person than it does in renders. I still wish Google had gone for the mint color on some of its other products, but I think Not Pink will end up being a popular choice.

As for the notch on the XL…. Yeah, it’s big. The front of the Pixel 3 XL looks strangely outdated, given so many other phones have smaller notches and chins. The LG V40 even has two front facing cameras just like the Pixel 3, but still manages to have a less obnoxious notch.

Thankfully, you can hide it via software. Though Google didn’t mention it in its event and I didn’t see the option during my hands-on, a representative told me that you should be able to hide the notch with a toggle in the Developer Settings. I’d rather the toggle be more easily accessible in the regular display settings, but at least it’s there.

On the other hand, I think the smaller Pixel will be more popular than ever this time around. It just looks better without the notch, and it’s pretty much the only “small” flagship Android phone that maintains feature parity with its larger sibling.

Some more good news: the displays are definitely better this time around. Looking at my old Pixel 2 XL, it’s clear Google has made improvements, particularly with the larger model. Time will tell if it lives up to the displays of the Note 9 and iPhone XS, but at least this time I’m pretty confident it doesn’t feel like Google is a lagging far behind. Another welcome change is that the screens on both devices now seem to be calibrated similarly; previously the smaller Pixel had brighter colors overall.

Navigating through the phone felt as zippy as you’d imagine for a new phone running stock Android on a Snapdragon 845. I hope this holds up long term, given the reports of slowdown on the Pixel 2, which I experienced myself. Otherwise, it’s mostly the same stock Android Pie experience.

It’s too early to judge the results from the camera, but I doubt anyone will be disappointed considering last year’s model still has one of the best cameras on the market. I took a few photos next to my Pixel 2 at the event, and the Pixel 3’s showed better dynamic range. Google didn’t mention improvements to the sensor or optics  during its presentation – those specs look identical to last year’s model –  but a representative told me the Pixel 3’s sensor does indeed have improved dynamic range at the hardware level.

Of course, the Pixel 3’s best camera features are in the software. ‘Photobooth’ mode, which uses AI to capture photos when you smile or make silly faces, worked eerily well, and being able to adjust portrait mode blur is a welcome change. I also appreciate that Google has revamped its UI to make it easy to switch modes with just a swipe (instead of having to enter a menu first).

But the feature I found most impressive might be Super Res Zoom, which allows the Pixel 3 to take sharp photos from a distance despite a conspicuous lack of a telephoto lens. I’m looking forward to comparing that feature against phones that do have a such a lens. In case you were wondering though, Google doesn’t plan to bring these features to the Pixel 2 through a software update.

And that’s about it for now. Perhaps the leaks had set my expectations low, but I left the event liking the Pixel 3 more than I thought I would. Whether it’s worth your money against this year’s tough competition is yet to be seen; we’ll be spending a lot more time with the Pixel 3 in the coming days, so stay tuned for our full review.