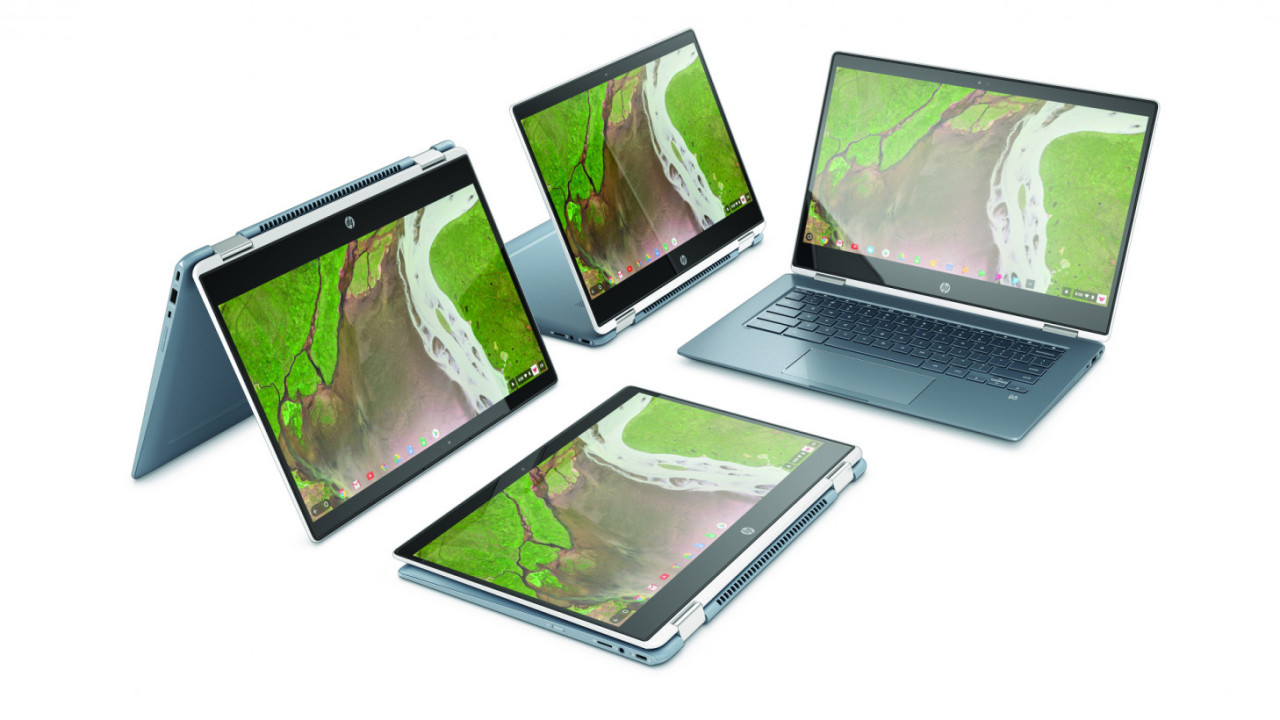 The day before Google is expected to reveal two new Chrome OS devices, HP just revealed its own: the x360 14. At first glance it’s an attractive package; it’s HP’s thinnest Chromebook to date, comes with fairly thin bezels, and starts at $599.

But in case you were wondering, no, there’s no leather on this one.

You can choose between i3 and i5 8th-gen Intel processors, but both versions otherwise share a 14-inch 1080P display, 64 GB of storage, and 8GB of RAM. There’s also a fair selection of ports, with two USB-C, one USB-A 3.1, and a MicroSD slot.

That processor should provide a fair bit more power than the older generation, lower tier processors on most Chromebooks. That said, the 64GB storage is of the slower eMMC variety, but that doesn’t tend to be much of an issue for typical Chromebooks as they mostly operate on the web.

HP is boasting about the Bang & Olufsen tuned speakers too. Meanwhile, battery life is rated at up to 14 hours, which should make it easy to get through a workday.

The convertible will be available on October 21 starting at $599, but pre-orders are open now.