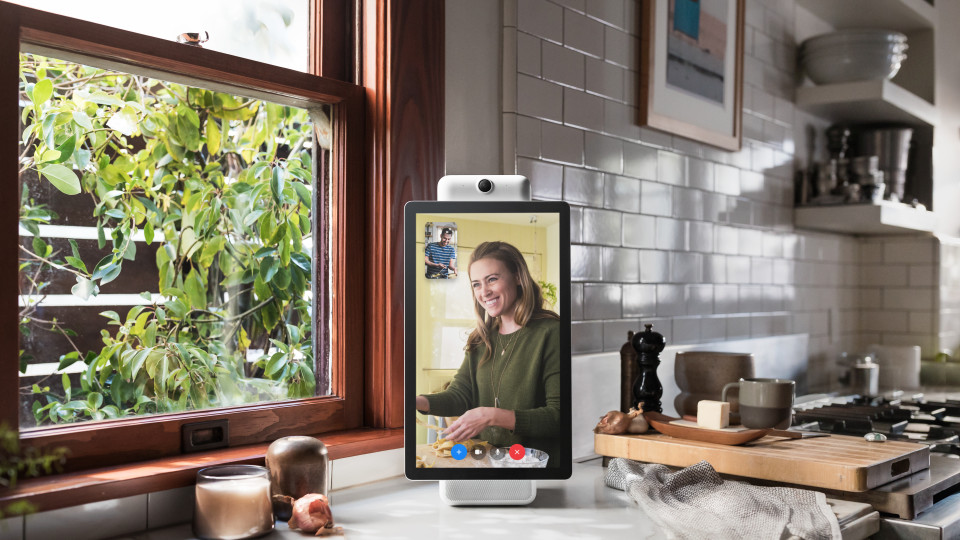 The two products look similar in form to the Amazon Show. They’re tablet-esque devices which can be situated anywhere in the house, allowing the user to talk face-to-face with friends and family, no matter the distance.

The smallest of the bunch is the bog-standard Facebook Portal, which offers a 10-inch touch-sensitive display at a 1280 x 800 resolution. The Portal+ is a measurable step up, both in size and resolution. It contains a larger high-definition 15-inch screen which boasts a 1920 x 1080 resolution.

This large screen will lend itself nicely to group calls. Portal supports group calls of up to seven people at a time, which is pretty respectable. That said, you should bear in mind that each participant has to be using Facebook Messenger — which is a bit of a non-starter if you’re hoping to use it for business calls.

Portal boasts some pleasing AI enhancements that lend themselves well to totally hands-free calls. One, called Smart Camera, automatically pans in order to ensure everyone is in the shot, while Smart Sound minimizes background noise and emphasizes the voice of the person talking.

It also comes with a swathe of Snapchat-style augmented reality effects, similar to those available in Facebook’s stories feature.

The biggest surprise is that both Portal devices come with Alexa baked-in. Over the past few months, the rumor mill has echoed with claims Facebook is working on its own voice-assistant technology to rival Amazon and Google. Portal would be a perfect launch platform for it.

Ultimately though, the choice to use Alexa will probably work out to be a smart one for Facebook. Voice assistants are deeply complicated and require years of refinement to be usable — just look at Samsung’s Bixby. Rather than start at step one, Facebook has instead chosen to use the most mature product on the market.

You can pre-order Portal now, and devices will begin shipping in November, just in time for Christmas. Both models are available from portal.facebook.com, as well as the usual suspects of Amazon and Best Buy.

The entry-level Portal device cost $199, which puts it within reach of its most logical competitor, the Amazon Show. As for the bigger Portal+, that’ll set you back $349. Facebook is dangling a $100 discount for anyone who buys two of the tablets.