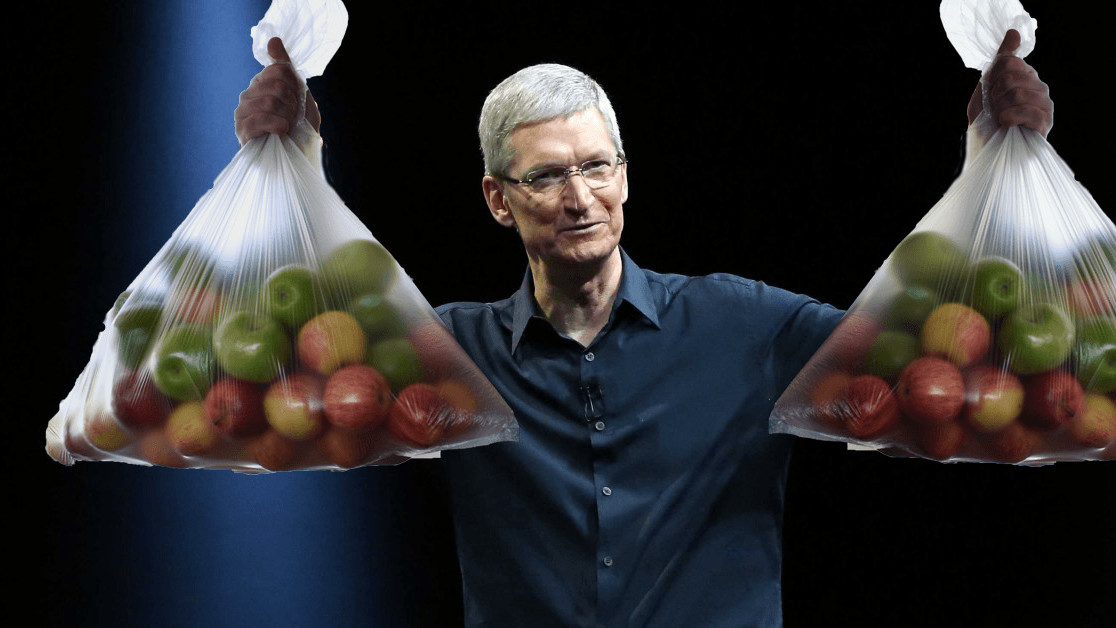 Apple‘s September keynote is one of the world’s biggest tech events. Alluringly titled the “Apple Special Event,” it finds the tech giant announcing a range of its newest gadgets, with the emphasis firmly on the updated iPhone.

Well, ahead of this year’s event we ran a little competition. We asked the world to guess how many times Apple would say the word “apple” throughout the keynote.

And if they won? Well, the lucky person would receive that number of apples. What a glorious prize.

Thanks to the wonderful folks at the Singju Post who transcribed the talk (y’all the real MVPs, y’hear?), we now have an answer…

Threescore and fourteen was the amount that Apple mentioned itself, which, considering the event was almost two hours long, wasn’t as many as I’d actually expected.

Before we announce the winner though, we thought we’d analyze the presentation. Deeply unscientifically, of course.

First off, yes, we’re aware a range of people talked at the event and they all said different things in different ways. Rather than look at them as individuals though (boring), we’re going to treat the transcript as one throbbing, Apple-shaped blob (exciting).

The tools we used to analyze the text – which, of course, were implemented with incredible skill and panache – were all free and online-based, often with questionable accuracy. Don’t worry though, I physically counted every mention of the word “apple,” so that’s precise at least.

Anyway, when has accuracy ever got in the way of a good statistician? And, by that measure, I consider myself the world’s greatest.

Some basic stats to tickle your curiosity

First off, there were 13,065 words used during the keynote. That, friends, is almost half the length of Hemingway’s ‘The Old Man And The Sea,’ which clocks in at 27,000.

The most common words were:

Come on, remove the stop words

What happens if you combine all those words into some sort of super sentence?

In the immortal words of Tim Cook, “wasn’t that a fun video?”

Okay, that’s enough. Got any further stats for me?

Well, yes. Yes I do. But take them with a pinch of salt, yeah?

Does this analysis actually tell us anything?

Sort of, but there’s not much here that you couldn’t really guess.

First off, the language was very positive, with words like “really,” “beautiful,” “incredible,” and “great” all coming up regularly. Secondly, there was a big focus on the audience, with “you” being said 221 times, compared to “we” at 177.

Something I found interesting was the number of times speakers said “bionic” (33). While this was in reference to its new chip, the A12 Bionic, “A12” itself came up two times less than “bionic.” Was this because of the human element of the word “bionic” was perceived to connect with viewers? Or just coincidence? I’d like to say the former, but it’s probably the latter.

However you view it, we can all agree that Apple wants to show you how beautiful, incredible, and great their products are.

Okay, thanks. What about this competition then?

I thought you’d never ask. Well, it turned out that the winner of the 74 apples was none other than our own blockchain writer, Matthew Beedham. The lucky sod.

He was the closest to the correct answer, having guessed 73.

This was lucky, because it meant we didn’t need to send these apples across the globe. We still needed to go any buy 74 of them though.

Once that mission was complete all that was left was to present them to Matthew.

He was so happy.

We later found out that Mr. Beedham despises apples, so this was more of a punishment than a gift.

Make sure you enter our next competition and you might be lucky enough to win such a bumper prize. We’ll part ways with an inspirational image and a glimpse at what you could become.