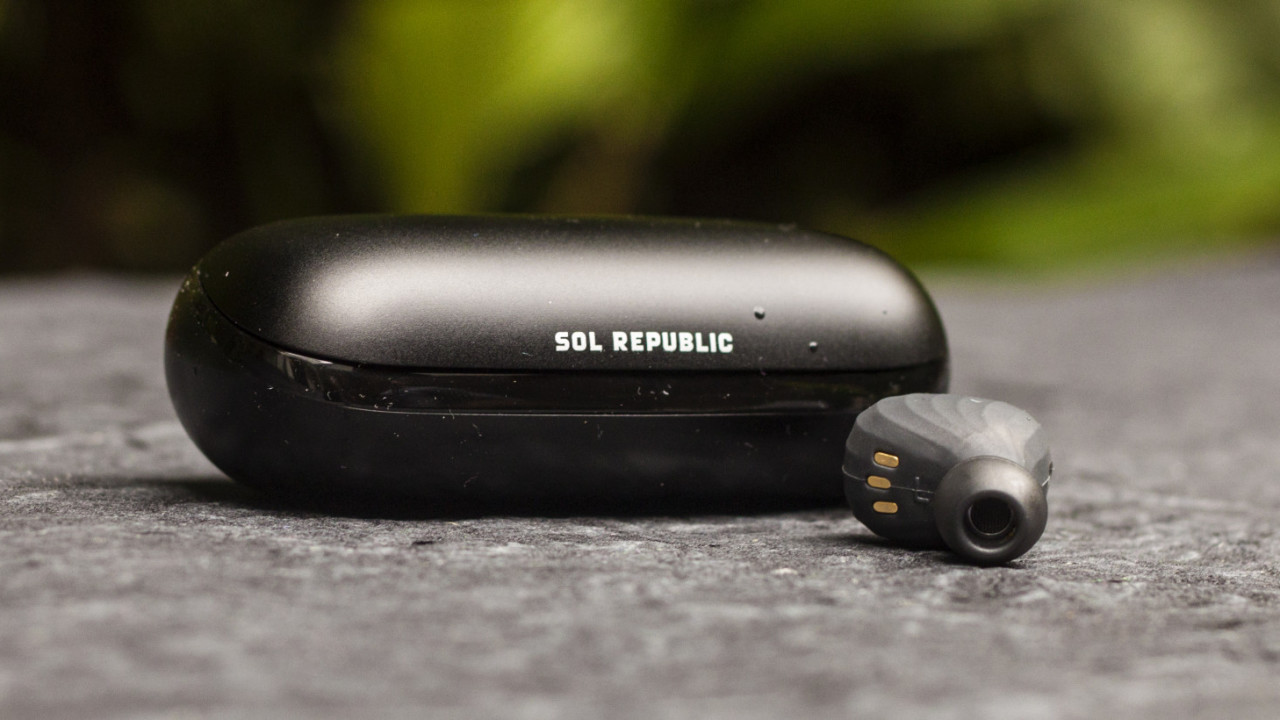 Even after testing several pairs of true wireless earbuds over the past couple of years, I haven’t yet come across a set that’s truly blown me away with its performance. That’s not surprising, given that it’s awfully hard to deliver great sound while also maintaining a solid wireless connection and running for hours with teeny-tiny batteries.

Sol Republic’s new Amps Air 2.0 buds are a solid effort on all three fronts, particularly in the audio department. They’re a bit pricier than several other true wireless options, but they work well, look great, and pack a power bank to recharge your phone in an emergency. And unlike a lot of other pairs, I actually look forward to using these.

As the name suggests, the Amps Air 2.0 buds are the successor to Sol Republic’s foray into true wireless earphones from last year, with improvements to connectivity and sound thanks to the inclusion of Bluetooth 5.0 support. Beyond that, these are identical to the original Amps Air, and that’s not a bad thing, given how nice these look, and how well they’re built.

These buds come in an elegant little charging case that not only juices up your buds, but also doubles up as a power bank. It’s not slim, though, so it’s better off in backpacks and purses than in pockets.

The buds themselves feature a rubberized finish with grooves that are intended to protect them from sweat and rain, while also fitting snugly in your ears. While I’m on board with the former claim, these aren’t the best fitting buds I’ve worn. It’s fairly easy to knock them out of your ears with an accidental brush of your arm, and I’d have liked a more secure fit similar to what I’ve experienced with other true wireless earphones.

Still, the finish on the buds and case are top-notch, and you can choose from four classy colorways. I received the discreet black variant, but you’ll want to check out the others if you’re looking for something more distinctive.

The Amps Air 2.0 feature a multi-purpose button to pause and resume audio playback, answer or decline phone calls, and invoke your default voice assistant. And with Bluetooth 5.0, they manage to connect quicker to your audio source, and work across a longer range of 15m (as opposed to the usual 10m).

In my tests, I found these to pair almost instantly when I took them out of their case, and their connection with my phone was mostly stable while within range. As for that 15m claim, well, your mileage will vary depending on the nature of the space you’re in. I had no trouble using them in my coworking space and home, but encountered signal issues beyond about 10m.

There’s also a mic for calls, and Sol Republic said it improved the one in this version for better audio. However, that’s the Amps Air 2.0’s weak point. Voice quality is abysmal, with plenty of distortion, and you’ll simply sound unclear and soft even if you’re phoning from a quiet room.

What’s neat, though, is the 2,200mAh battery on board. That makes for a total of 45 hours of playback time, or 15 charges for listening sessions of a maximum of three hours each. Alternatively, it can charge your phone in a pinch.

The only bummer is that the case and buds don’t support fast charging, so you won’t be able to juice them up for your commute by the time you’re done eating breakfast.

Through my past three weeks of testing, I enjoyed the bold, clearly articulated sound from these buds. I was able to pick out subtle instrumentation in quiet tracks, and rock out to heavy metal choruses without having to turn down the volume in an attempt to get rid of distortion (as has been the case with certain buds I’ve neglected to review for TNW). In fact, I’m often tempted to turn up the volume with these when vocal and guitar solos kick in.

I should hedge this by pointing out the Amps Air 2.0 aren’t exactly perfect. The sound does start to get hairy in the treble section at nearly full volume with especially loud songs – but most folks will likely find that setting uncomfortable in any case. Still, these perform a fair bit better than others I’ve tested recently, to the point that I’m happy to recommend these to most people.

If you listen to a wide range of musical genres and don’t mind spending a little extra for buds that sound truly exciting, you’ve come to the right place. The gorgeous design and the inclusion of a power bank feature sweeten the deal, and make the Amps Air 2.0 worth considering at their asking price of $130.

Just don’t expect to use it for calls. This seems to be a common problem across numerous brands of true wireless earphones. If that’s what you need, Jabra’s recent offering might be a better option.