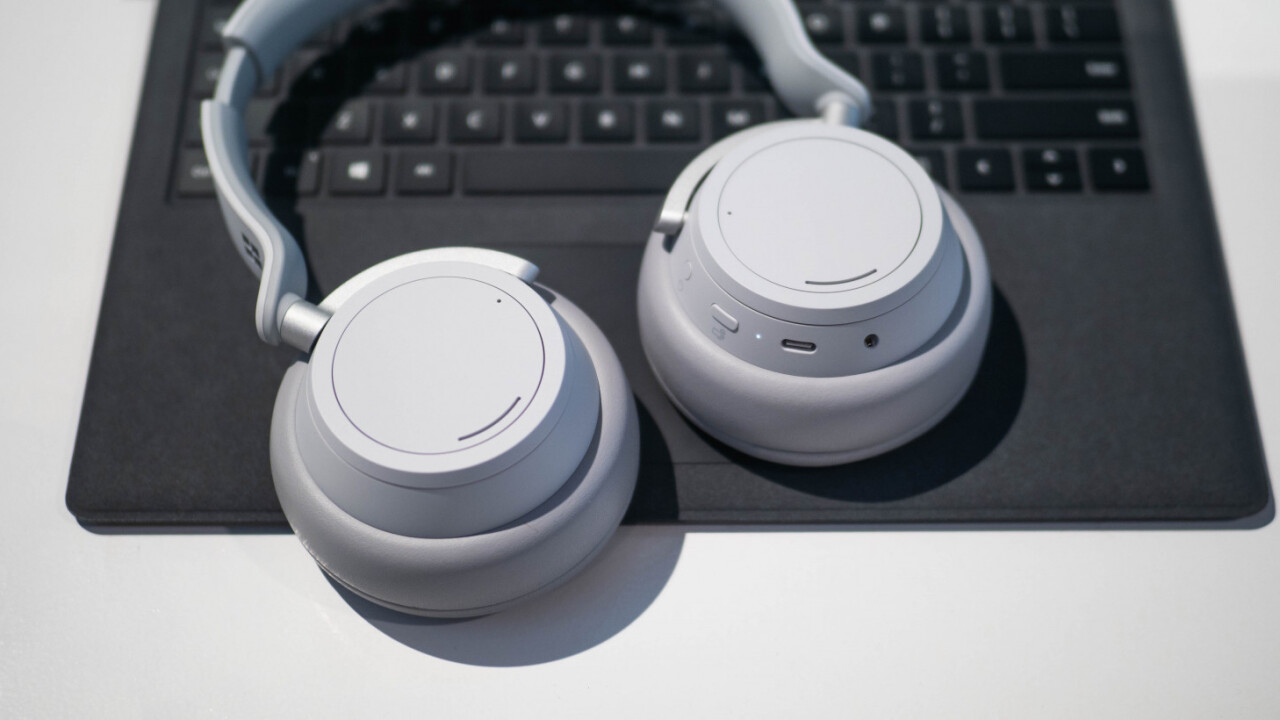 We already knew Microsoft was planning updates to the Surface Pro, Laptop, and Studio at its event yesterday, but the $349 Surface Headphones came as a bit of a surprise.

We had the chance to go hands-on with the device at the event. Here’s the TL;DR: I left the event feeling the Surface Headphones could be great, but I’m confused about some of Microsoft’s choices, mainly regarding codec support.

You can read our announcement post here, but the headphone’s key feature is its 13 levels of ambient noise control. By twisting a ring on the left earcup, you can scale from up to 40db of noise cancellation to actually boosting environmental noise a bit, should you want to be more aware of your surroundings.

The crowded event space served as the perfect testing ground. At the maximum level, the Surface Headphones noticeably attenuated the sound around me. I can’t say whether it’s as good as Sony or Bose’s technology without a direct comparison, but it was effective and I appreciated the control scheme.

My one complaint about the dial is that there seems to be no way to tell when you have completely turned ambient noise control off. Again, turning the dial all the way around boosts your environment a bit, so finding a neutral setting is a matter of guesswork. A sound alert of physical notch could help greatly here.

On the other earcup, there’s another dial for volume control, a USB-C port for charging, a 3.5mm headphone jack, and a button to mute your microphone. You can invoke Cortana without pressing a button, by simply saying, “Hey Cortana.” The cup is also touch sensitive for playback controls.

Dials aside, I quite dig the design – I just wish it came in other colors. Grey is alright when it’s metal, but it’s less appealing in a mostly plastic construction. That said, the headphones do have some metal elements and feel sturdier than either the Sony 1000XM3 or Bose’s QC35, while maintaining a light weight. The memory foam pads were cozy in my time with them, too.

But how does the Surface Headphones sound? From the 15 minutes I spent with them, I’d say both quite good and kind of bad. Let me explain.

First the good: Though a crowded event environment is good for testing noise cancelling, it’s not so great for sound quality. Still, I left the event with a positive impression as to the headphone’s overall tuning, especially considering this is Microsoft’s first go at an audio product. The headphones use 40mm drivers with a free edge design – fairly rare among mainstream headphones.

It adds up to a punchy, detailed frequency response with a decent soundstage for closed headphones. It has slight emphasis on the bass and highs without being overbearing. I need to spend more time with the headphones in a quieter listening space, but so far, Microsoft seems to have gotten the tuning right.

Now the bad: These headphones will only support SBC – the most basic of Bluetooth codecs – at launch. No AptX, AAC, or LDAC.

I asked a Microsoft representative about why this was the case. He said SBC has improved a lot recently, and the Surface Headphones are transmitting SBC at a high bitrate.

That’s nice and all, but even with all the ruckus, I could hear compression artifacts. I played one of my usual test tracks several times – Sara K’s If I Could Sing Your Blues – and heard annoying compression on the opening trumpet line every time. It wasn’t subtle.

The same happened with several other tracks, and it didn’t seem to be affected by the noise cancellation setting on the headphones.

There are some caveats that could explain what I was hearing though:

But even if all those things affected what I heard, it doesn’t change the fact I expect at least AAC or AptX as standard on $349 headphones.

Luckily, Microsoft said it could potentially add more codecs via a firmware update – AAC is something it might look at for compatibility with both iPhones and Android phones. I’ve seen other audio devices add LDAC via firmware too. I expect the company will receive a fair share of complaints about going SBC only, so hopefully it’ll actually listen.

Other than that, there’s a lot to like here. The headphones are comfortable, look good, and have a unique noise control application. So far, I think they are capable of good sound, I just hope Microsoft let’s them live up to their potential.

There’s no pre-order or release date yet, but we’ll let you know when we find out more.