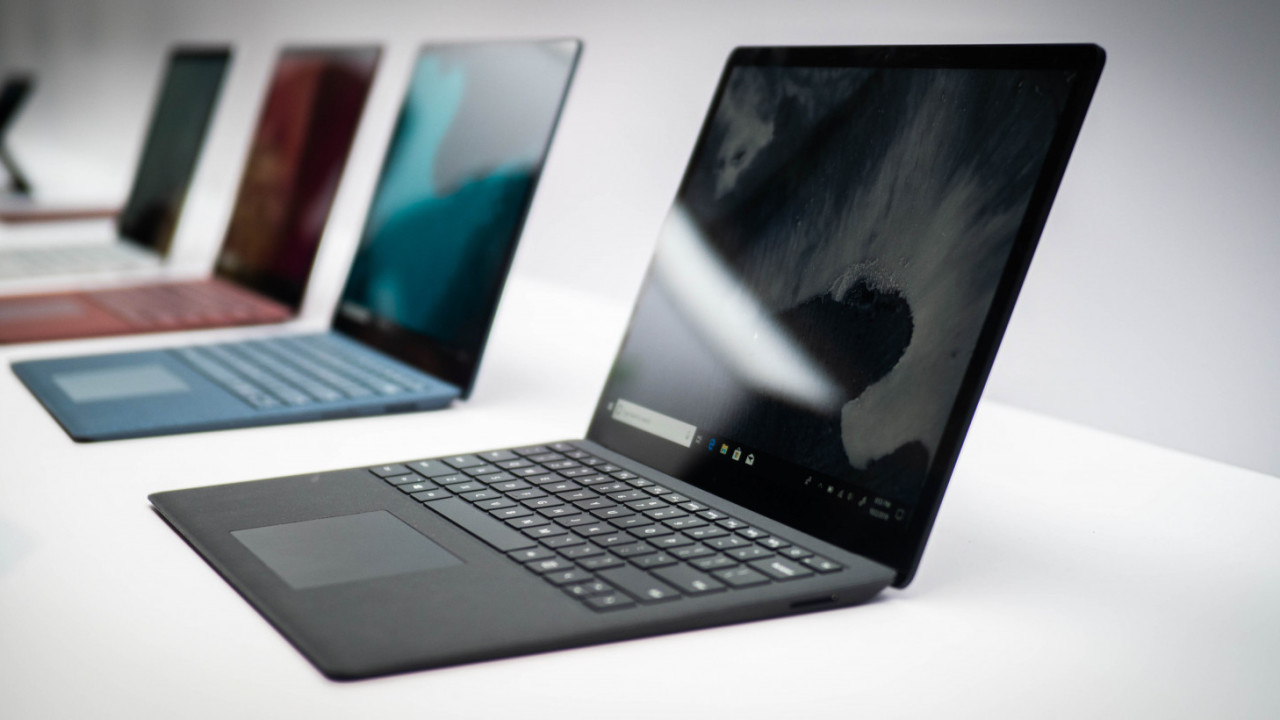 In case you haven’t heard, Microsoft announced a whole bunch of products today. I got the chance to go hands-on with the devices, and though I’m actually most interested in the new Surface Headphones, here’s what you need to know about the new Surface Pro, Laptop and Studio.

Long story short, this year was little more than a spec bump. That’s not necessarily a bad thing, but don’t expect major changes outside performance.

The biggest aesthetic change is the new black paint job on the Surface Pro 6 and Surface Laptop 2. It’s the first time you can buy a Surface product in black since the Surface Pro 2, so that’s neat. I dig the new color, and it has stealthy matte finish that seems to make the body a touch more grippy than the silver models.

One thing you won’t see on the bodies of the new Pro and Laptop is a USB-C port…. Really Microsoft? It’s almost 2019.

Time for a little rant.

I know USB-C isn’t essential to everyone. Plenty of people are happy just using USB-A. But its omission on what’s supposed to be a premium, forward-looking computer sends the message Microsoft doesn’t care much about building a computer that’s meant to last. After all, people tend to keep their PCs for three to five years, and USB-C is only going to become more common.

It’s all the more confusing because the company already included it in the Surface Book 2 (which came out a year ago, mind you) and the more recent Surface Go. USB-C has some kinks regarding compatibility and standards, but it’s still the most versatile connector out there. There’s a reason almost every other modern PC has it.

On the plus side, there is a USB-C port on the Surface Studio 2 – no Thunderbolt though.

With that out the way, the main reason to buy a new Surface Pro or Laptop is the spec bump. Though it is mostly just bringing Microsoft to parity with all the other devices using 8th-gen Intel processors, it nevertheless marks a significant performance jump. This is primarily due to an upgraded core count – four instead of two – which Microsoft says makes its new Pro and Laptop 65 and 85 percent faster than their predecessors, respectively.

Battery life is rated at 13.5 hours of video playback for the Pro and 14.5 for the Laptop, and both devices have improved displays with better contrast ratios. Indeed, the displays looked vibrant and colorful, but I’d have to see a direct comparison to the previous models – which were already very good – to see how they compare.

Sadly, there’s one area the Pro 6 actually appears weaker than its predecessor: Graphics. According to the spec sheet, the Surface Pro 6 uses a UHD620 chip, which is about 30 percent slower than the Iris Plus 640 used in last year’s Surface Pro. Disappointing.

The Surface Studio 2 is somewhat the opposite story: Its processor doesn’t improve much, but it does have far better graphics. Microsoft made the puzzling choice of using a 7th-Gen mobile processor, which misses out on the core count upgrade on the smaller Surfaces and ultimately provides a marginal improvement for everyday tasks. This, mind you, right before Intel is expected to release its 9th-Gen desktop chips.

Graphics, on the other hand, have been upgraded to the Nvidia 1060 and 1070, which should provide 50 percent higher performance over the original Studio. But then, that’s only notable because the original Studio’s graphics were already outdated at launch. The 1060 and 1070 have now been available for two years. Meanwhile, the world is starting to move on to Nvidia RTX 20XX chips.

But hey, the screen is 38 percent brighter – over 500 nits – and has 22 percent higher contrast. It’s gorgeous. The original Surface Studio already had the best display I’ve seen on a PC, and this one looks even better. Given the Studio’s audience, that’s no insignificant achievement, though I would’ve liked to see HDR support given the display’s specs.

I only spent a few minutes with each of the devices, but left Microsoft’s hardware event with mixed feelings.

On one hand, I don’t think tech companies should be expected to deliver revolutionary design and major changes every year, and a spec bump is often enough to keep a computer series fresh. Plus, the new Surface Pro starts at $899 for the Core i5 model with 8 GB of RAM and 128 GB of storage, which is actually a reasonable configuration for many folks (though you still need to buy the keyboard separately). Microsoft probably would’ve been fine just sending the press an email saying “hey look, we’ve got some new specs” and leaving it at that.

On the other hand, thinking of the devices as a big new product launches highlights areas Microsoft is strangely lagging behind the competition. There’s the USB-C thing, and the Surface Studio’s specs mostly seem two years too late. It’s more of the same, while other Windows manufacturers like HP are still going strong with unique new form factors.

These are just my first impressions though, and I’ll have to spend more time with the devices and with the competition before any conclusions. Taken as a simple spec upgrade, there are some significant improvements to be found; I’m just not so sure Microsoft is doing as good a job of justifying the Surface premium. We’ll report back once we receive review units and put them through their paces.