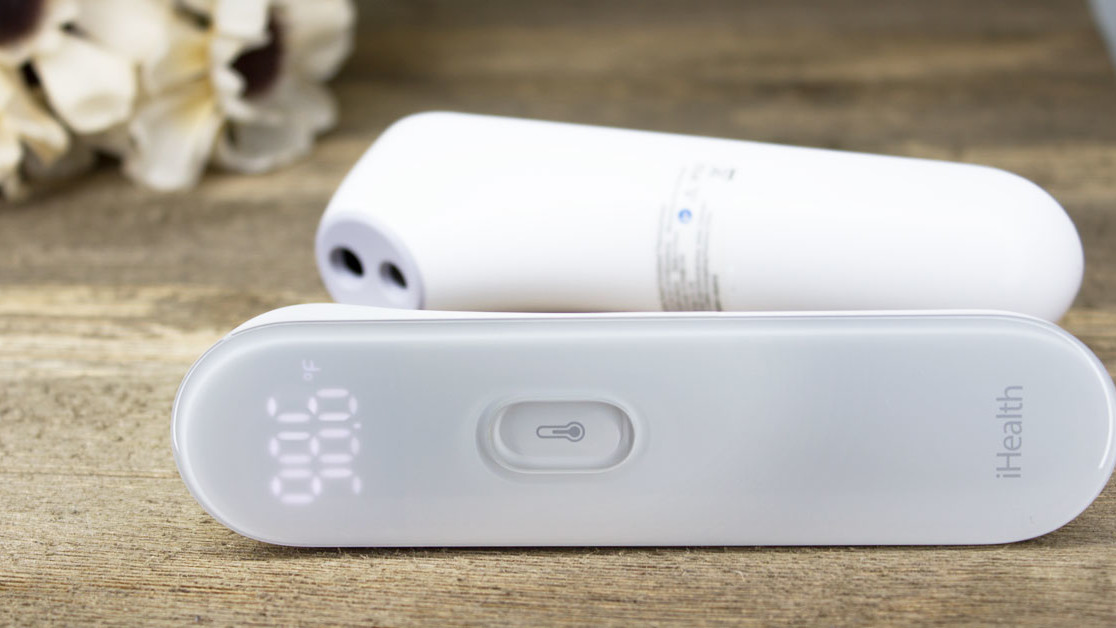 Thermometers aren’t the go-to gadget for Plugged reviewers to sink their teeth into, but this $20 offering from iHealth is a device I’d recommend to my colleagues and readers alike: Especially the ones who have kids.

There are few times in a parent’s life more stressful than having a sick baby. Aside from the obvious pain of watching someone you love suffer, the parent also has to be the meanie who brings horrible tasting medicine and sticks thermometers … where they go.

The iHealth PT3 Infrared No-Touch Forehead Thermometer is here to help with the second sentiment (you’re on your own with the medicine). It’s one of the simplest devices you’ll ever use. Just open the box and insert two AAA batteries (included).

And in the looks department … seriously does anyone care how a thermometer looks? Okay, let’s go down this road: It actually looks excellent. I’m not even kidding. 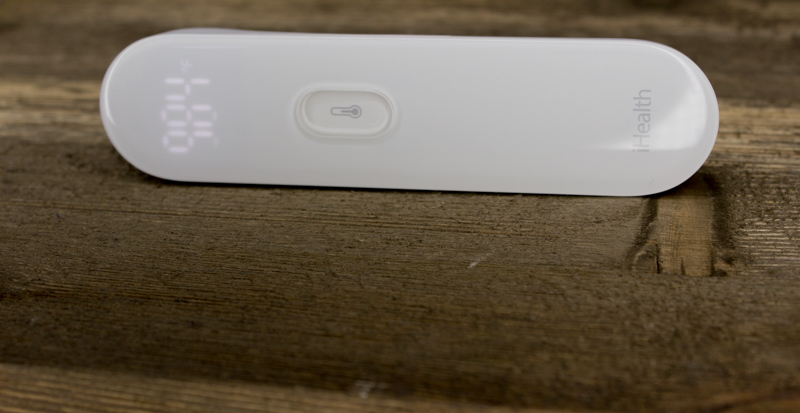 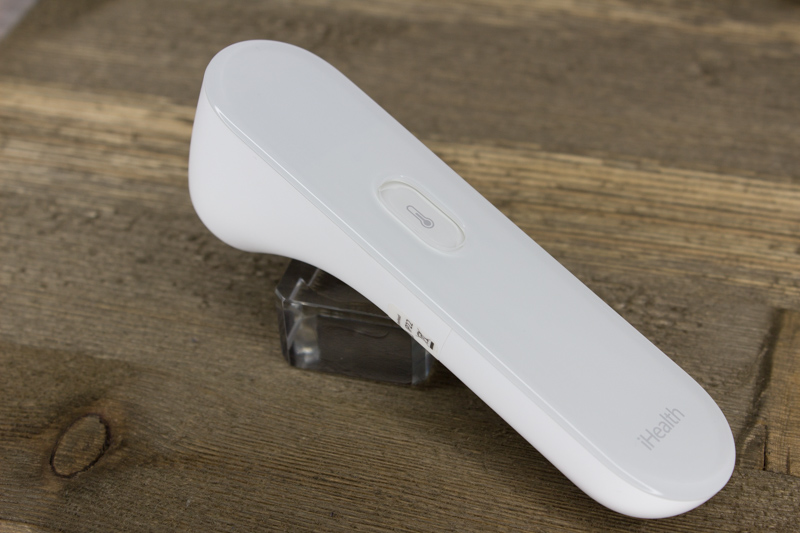 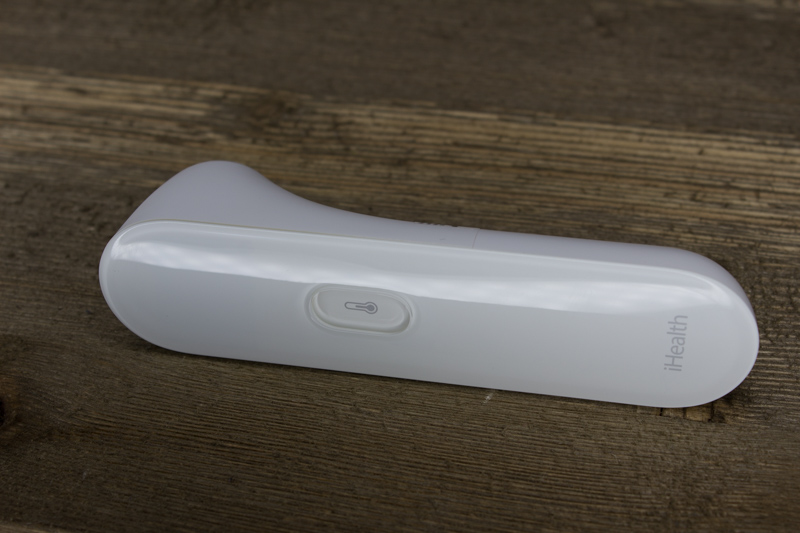 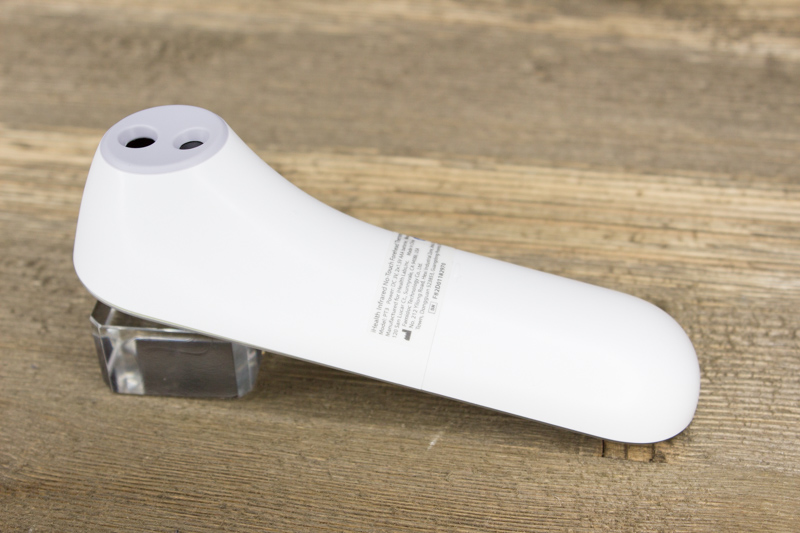 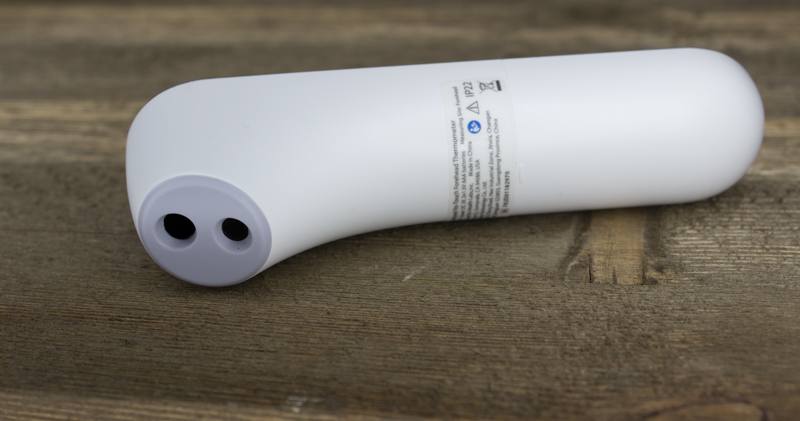 I really like the clear plastic coating on the top and the sleek curved design looks great in white. Obviously iHealth is a big fan of the company that made the lowercase “i” famous by putting it in front of the word pod, and this device is surely inspired by Apple’s, but it’s a look that works for MP3 players and thermometers alike.

When it comes to devices you’re likely to use when someone’s sick, however, utility is more important. Luckily, iHealth understood that this wasn’t a gadget it needed to complicate.

To use it, you push the only button on the entire device, which turns it on, and then you hold it 3 cm away from someone’s forehead and push the button again. It’ll vibrate about one second later and display the temperature. In order to turn it off, you just set it down and forget about it, it’ll turn itself off eight seconds after you’re done.

If every gadget was this simple to use I’d be out of a job.

There’s no app to operate it, no WiFi or Bluetooth connectivity, no option to change the color of anything and it doesn’t come with a USB adapter. It also doesn’t make any noise. At all. Instead of beeping to alert you that it’s finished, it vibrates. It doesn’t do anything fancy, it just takes someone’s temperature without bothering them.

It’s far less invasive than inserting something in either end of your baby, sticking anything under their armpits, or even gently pressing a sticker to their forehead. And it’s accurate. I compared it to a much more expensive oral digital thermometer I own and the readings were the same. While that’s far from a professional calibration, it seems to be dependable.

The bottom line is that it’s worth it, for any parent with small children, to buy one of these. Even if you’re just going to throw it in the medicine cabinet unopened until you need it, it’s worth getting, because you’ll be happy you have it the next time you’re contemplating shoving a piece of cold glass under your baby’s arm after they’ve finally managed to settle down and rest.

It’s inexpensive but not cheap, and I couldn’t find any reason not to like it. Even if you don’t have kids, it’s worth the $20 — if only to avoid sucking on mercury-filled glass.