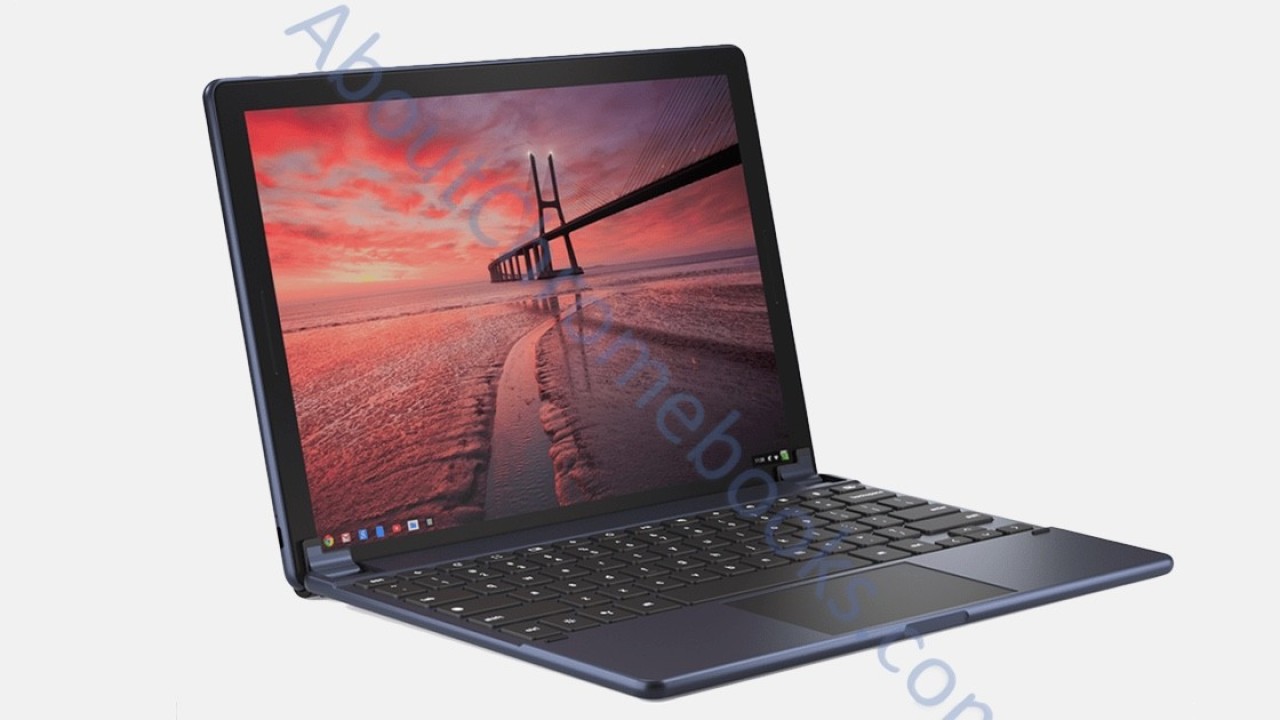 Google is likely to release a Chromebook – dubbed Nocturne – alongside the new Pixel phones on October 9, and thanks to AboutChromebooks, we have an idea what it will look like. The blog found images of the product with two ChromeOS tablet keyboards from Brydge.

Nocturne is likely to sport two USB-C type ports. One of them can be seen near the bottom left of the screen in the image; the other being on the right side. The device The screen is said to support a resolution of 2,400 x 1,600 pixels  – same as the current Pixelbook.

Another image indicates the presence of a fingerprint sensor on the top – in line with a fingerprint enrolment image found in the Chrome OS code, a few days ago. The image also shows multiple mics, suggesting that Nocturne will have Acoustic Echo Cancellation, which helps improve the quality of voice and video calls.

The new 2-in-1 might be available in November after the October 9 event. Another Chromebook codenamed ‘Atlas’ with 4K screen and 8 GB RAM is also in works, but it’s unlikely to be unveiled at the same.  Stay tuned for all the coverage from Google’s event on Plugged.