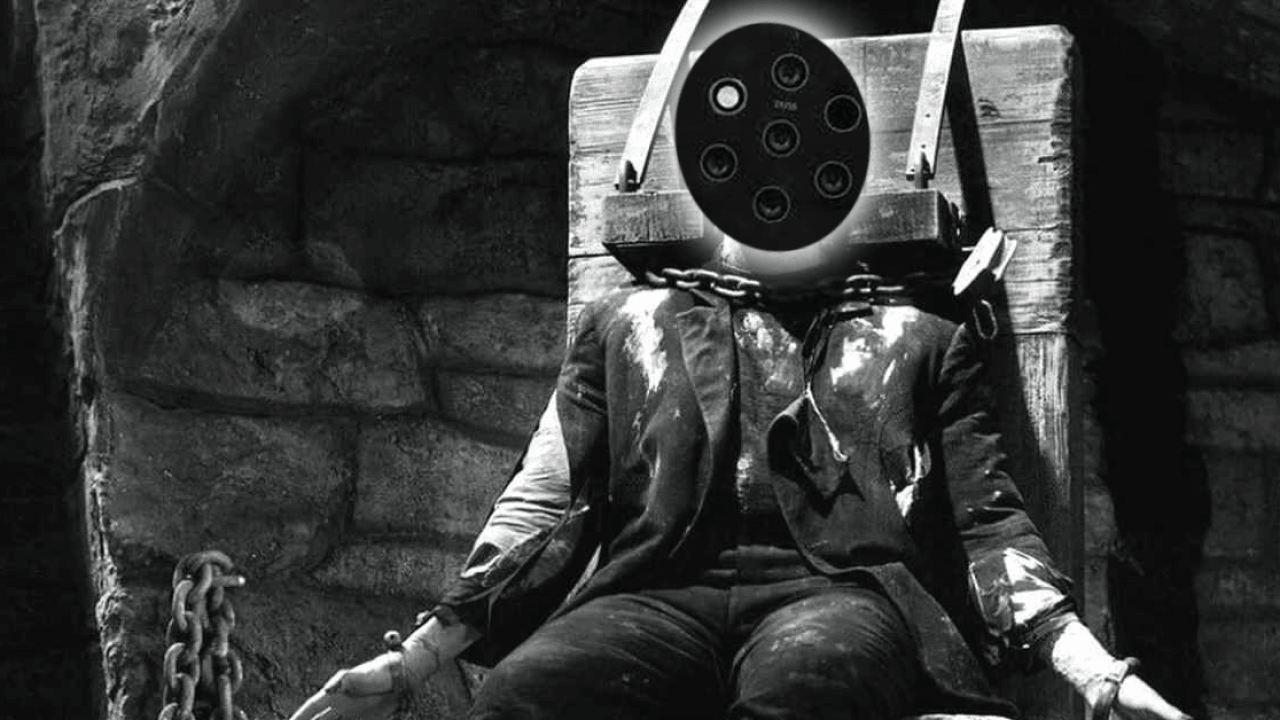 We recently wrote about a leak of a new Nokia phone. Yes, phones leak so much that companies should hire a plumber to come round to their offices to kick the pipes, tut a bit, and say “this is gonna be expensive,” – but this time, it’s different.

Because the phone in question has five cameras on the back.

Look at this thing’s from-the-murky-depths-of-the-unforgiving-ocean vibe:

When I saw it I was blown away, which sent two thoughts of cavernous profundity across my mind.

Thought two: this is cool

These two thoughts then coalesced into something more than the sum of their parts, a kind of mental alchemy if you will, leaving me with a third, final, and startling – nay, mind boggling – thought.

Thought three: what other cool things could companies do with phones?

Let’s drop this thought submarine into the ocean of bad ideas and dive down to the seabed of poorly considered concepts, shall we?

Five cameras are cool If your mom still makes your lunch, you gargantuan nerd.

Look, five cameras are just the beginning, they’re the hors d’oeuvre of the camera meal, a little snappy snack before you feast upon the bulging entrée of countless lenses.

Hell, Light’s L16 had SIXTEEN CAMERAS. Look at it, because it’s definitely looking at you.

You know when someone whips out one of these badboys they’re not just photographing you, they’re taking a picture of your soul. You get snapped with this, people can see what you ate for lunch. Get papped by an L16 and folks can read your thoughts. If you get your likeness taken with this many lenses, your ancestors appear on the picture like it’s a fucking Goosebumps episode.

So five cameras on a phone seems lame. Put 20 on there. 25 of the circles. Screw that, maybe 69 (nice). What about 123 to bring in the children’s market? Screw it, put 666 of them on a phone and take some candid shots of the fucking devil. Why even have a phone? Sellotape millions of cameras together until the sheer weight of cameras start to collapse in on themselves turning into a black hole of photography that sucks in every sight across the universe until its just a blank frame waiting to be developed.

Most of these suckers are hidden around the sides of phones these days. I want more. I want my phone to be so loud that it breaks my wrist if I play music by holding it. I want the fire deparment to be summoned when I get a phone call. I want my phone to have so much bass I can only use it underneath flight paths. But what do I get? None of this. Cowards.

With the focus on bezel-less displays and sliding cameras, phone giants are already listening to the consumer when it comes to bigger screens. Check out this attempt from OPPO to remove anything but the pulsating rectangle from the device:

This wide-screen approach is simply the phone version of a gun going at the start of a marathon. Designers haven’t even begun to feel the lactic acid of screen-based creativity surge through their… uh, hands(?) yet.

The first step is easy: put a screen on the back of the phone. Now you have double the amount of screen.

Consider the use cases: the public can see the interesting stuff you’re researching on Wikipedia (WHAT’S THE WHITE STUFF THAT FROTHS UP WHEN YOU USE SOAP?). Or are you feeling particularly e x t r e m e? Then imagine you’re a skateboard dude person (is Anthony Hawkman still relevant?) and you can just flip your phone with a sweet 180 trick move and start browsing Instagram on the other side of your device.

Actually, now I think about it, the shape of phones suck for screens. I want a sphere screen, an endless ball of notifications and Russian street fight videos. If it can float in the air like an orb, great. If it can’t, make it float, dammit, I’ve got expectations.

If there are two things that are wonderful and brilliant in the world it’s buttons and pockets. As much as I’d like a phone to have a pocket (like a kangaroo pouch you can keep spare change and mints and cigarettes and bus tickets in!), it’s time for a return of button.

Buttons are cool. They feel nice. They sound great. What’s more satisfying than pressing a button? Picking a bit of food out of your teeth? Water falling out of a blocked ear? Sneezing? Doubt it, mate.

How about pressing like over 23 buttons positioned over the phone that do a variety of sweet things? Imagine controlling your phone like it’s a game of Mortal Kombat. You can open Twitter by pressing up, down, circle, diagonal lower right, rook, magenta. Fatality.

Actually… what if the entire phone system was replaced with a single button? Just one big red button. And, whenever you feel lonely or bored or blue, you press it. Once pressed, someone comes over, gives you a hug, strokes your head, and tells you everything’s going to be okay.

Or we could just put six cameras on a phone next. That’d be fun.