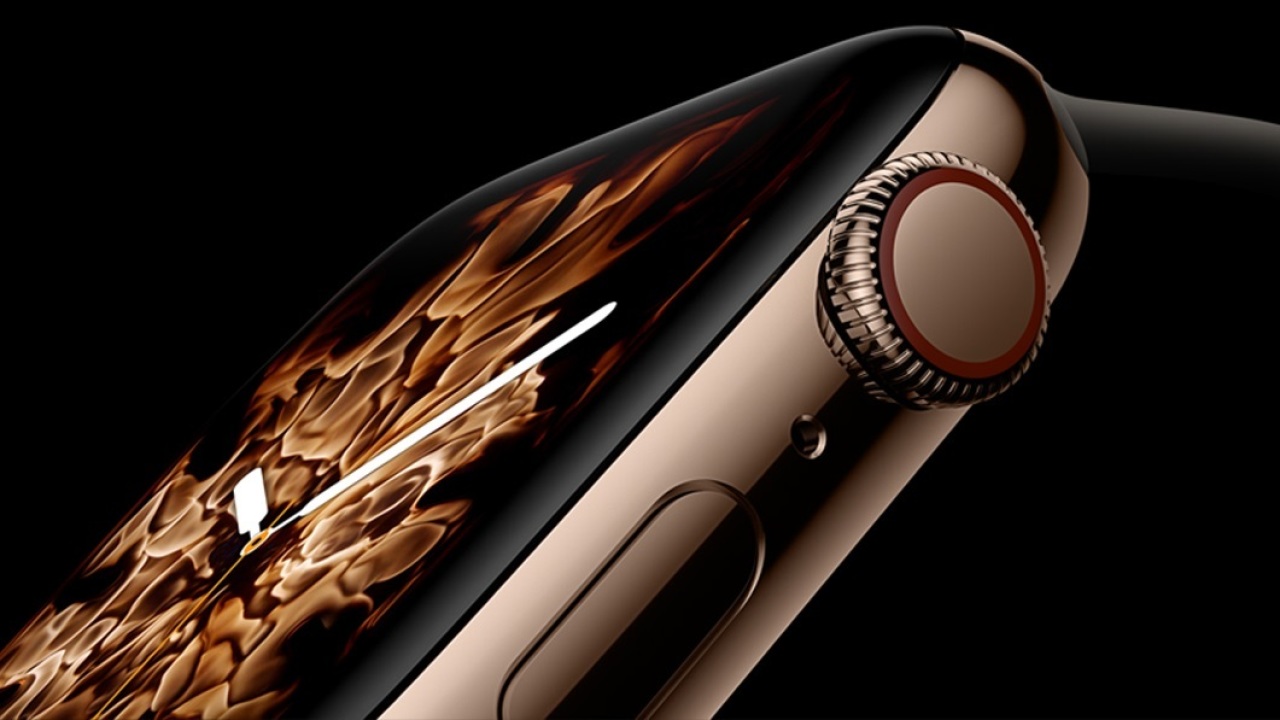 The Series 4 is thinner than the Series 3, but the screen is 30 percent larger. Apple has redesigned the UI, including a customizable watch face which will allow users to have up to eight complications at their fingertips at a moment’s notice. As an example, Williams showed watch faces with quick access to important contacts — next-gen speed dial, if you will.

As for what’s under the hood, the Series 4 is powered by a dual-core 64-bit S4 silicon chip, which Williams claimed will let it run two times faster than previous models. It will have haptic feedback in the digital crown, meaning gestures will feel more mechanical and “clicky.” The speaker is also 50 percent louder. The back of the Series 4 will be made with black ceramic and sapphire, which will apparently allow radio waves to pass through it. Basically, that means you’ll get better cellular service if you make calls on the Watch.

Apple is going all in on the health benefits of the Watch in Series 4. Now, it can detect if you slip –and it can differentiate between a fall and a slip — and offers an SOS button so that you can make an emergency call from your Watch. If you’re immobile for over a minute after a fall, it’ll automatically make the call for you.

The Series 4 can detect when your heart rhythms are too low, as well as some instances of atrial fibrillation. Also, thanks to a new sensor on the back, you can take an electrocardiogram (ECG) any time, in 30 seconds, by holding your finger on the top of the Watch. And, in case the ease of use isn’t enough, the ECG app has been granted clearance by the FDA — the first device of its kind to receive such a distinction.

According to Williams, even with all the new features, the Series 4 would have the same 18-hour battery life as its predecessors. It’ll be sold in space grey, gold, and silver. The stainless series will come in space black, polished, and gold. Williams also said existing bands will work with the new Watch.

Series 4 will retail for $399, with cellular going for $499, and it will be available on September 21. Interested customers it will be able to order it starting September 14.