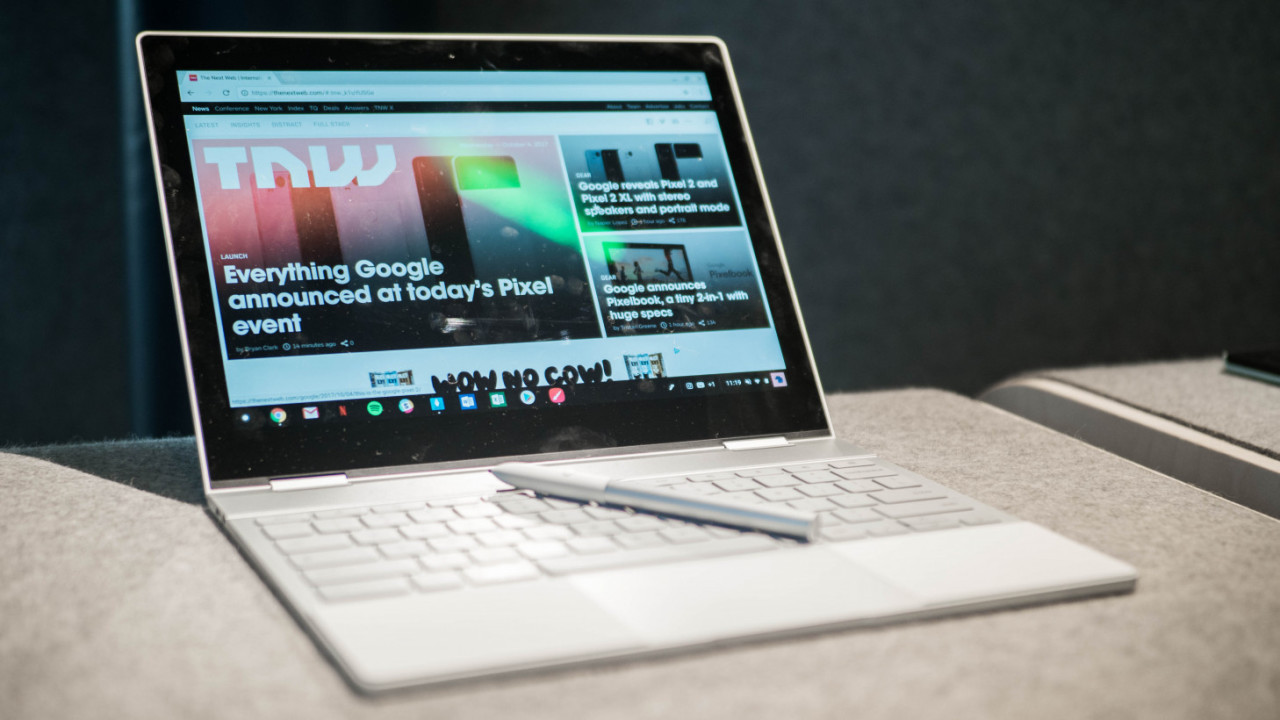 We already know Google has a new Pixel phones on the way October 9, but it’s pretty clear by now that’s not the only hardware it has coming up. Namely, it now seems Google is set to reveal two new Pixelbooks

We first heard about a Pixel Books back in July, but today’s rumors come courtesy of two separate leaks.

First up is a a video that seemingly shows a new PixelBook (supposedly codenamed Nocturne) in use. From the video, you can see a device with thinner bezels and round keys. The hmburger key on the top right suggests its one of Google’s, as that layout has been exclusive to the Pixelbook so far.

Interestingly, the hinge looks more like a Surface tablet’s than a normal laptop’s, suggesting Google wants to give users an alternative to a flipping laptop.

Next is Facebook ad that seemingly shows a Pixelbook more like the one Google released last year (codenamed Atlas). Except, again, there are much smaller bezels this time around. No circular keys on this one though.

That being said, the photo could just be a bit of misguided marketing photoshop, but the timing sure is mighty coincidental.

Leaks aside, it wouldn’t be particularly surprisingly for Google to announce a new Pixelbook or two next month. Last year’s event was jam-packed with new hardware, including the launch of the Google Home Mini, Google Home Max, Google Clips, Daydream View, and Pixel Buds in addition to the original Pixelbook and the Pixel 2 siblings.

I wouldn’t mind a similar deluge this year, especially since Apple is seemingly planning to announce a wealth of new products too.