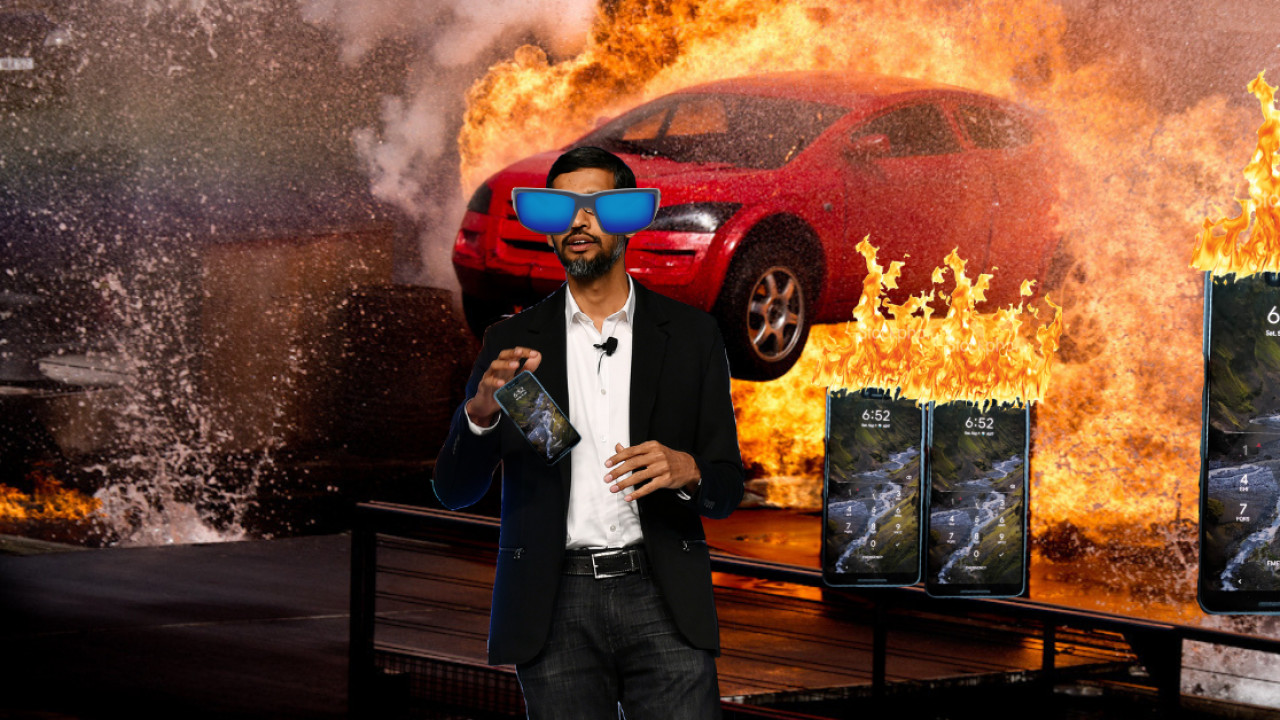 Well, Google seems about as good as keeping its latest phones away from the public as a colander is at holding water.

Yes, as reported by the Android Police, the Pixel 3 XL has been leaked again. The site was sent images from a figure they call “Anonymous Alligator,” a Lyft driver who took some snaps of the phone after an individual forgot it in his vehicle.

On one hand, there isn’t too much we can learn from these photos that we haven’t learnt in a previous leak of the Pixel 3 XL. You know, like this one or this one, or even, this one.

Hell, you can even watch a full unboxing video right now, before Google has even confirmed the phone‘s release date.

It’s not like leaks by a lost device are new either – anyone remember when Gizmodo got hold of a prototype iPhone 4 in a bar?

But, in my mind, this latest leak is interesting. In a way.

Much of the previous coverage of the Pixel 3 XL happened because – allegedly – Google either lost track of a shipment of the phones (unlikely), or they were stolen (100 percent definitely the real story) – something suggested by this post (in Russian) on Rozetked. Thank you, Google Translate.

This, to my mind, can be down to one of only two things:

Now, Google might be a global titan with governmental amounts of power and influence, but I can’t imagine them giving away marketing power by ‘losing’ a shipment – it just seems too far-fetched.

That means its the second option: bad luck.

You might’ve heard of the phrase “when life gives you lemons make lemonade.” I’m sure this is fine advice if you’re a normal person, but Google could probably buy all of the world’s lemons and have enough left over to pick up all the other citrus fruits too.

For the immensely wealthy, there’s a different motto: when life doesn’t go to plan, turn it into a goddamn movie.

First off, that heist story will be hella cool. Secondly, I mean, how else are you meant to take control of the marketing and redefine the narrative?

Just imagine it… Sergey Brin hearing about the Pixel 3 XL heist, slamming his fist on his wooden desk, and calling up the goons, like M in the Bond franchise.

Larry Page waterboarding a YouTuber until they reveal who they got the phone from, just like 24.

Sundar Pichai finally tracking down the Russians responsible and giving them some Google justice, Taken-style. He can even make a “I’ve been searching for you” quip. It really just writes itself.

And, you know, creating a movie might actually surprise people – something the Pixel 3 XL has no chance of doing anymore.