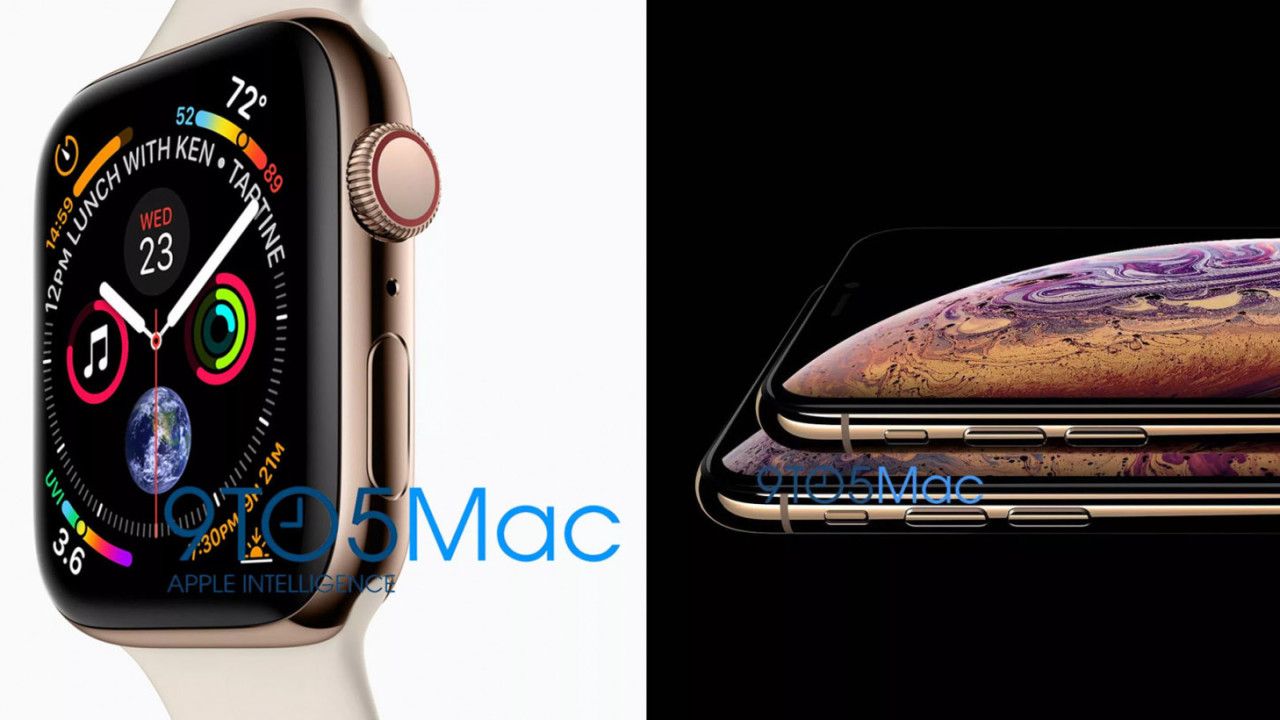 Two weeks before their expected announcement, we just got our first good look at some of Apple’s new devices courtesy of 9to5Mac. Say hello the iPhone XS and Apple Watch Series 4.

The iPhone XS leak appears to be an official render of the upcoming 5.8 and 6.5-inch flagship models, but the image doesn’t reveal anything we didn’t expect. That said, it does seem to confirm two different sizes of the device, and that they’ll come in a gold trim. The bezels also look a tiny bit smaller than on the current 5.8-inch model, but it’s hard to tell without a direct measurements.

The name ‘iPhone XS’ had been thrown around rumors before but 9to5Mac says it “can report with certainty” that the title will stick. Keep in mind this is just for the premium iPhones. There’s a third, cheaper model on the way too that will maintain small bezels and Face ID, but will cut down on costs by using cheaper materials. It’ll have an LCD screen instead of OLED, for instance, and the casing will be made out of aluminum rather than steel (as if the average person would even notice). Most importantly, if you ask me, it’s expected to come in a bunch of vibrant colors. Unfortunately, this model is not shown off in the leaks.

Next up is the Apple Watch Series 4, packing a significantly larger display – look ma, small bezels! – denser watchfaces, and improved performance. It looks a lot like an Apple Watch, but the smaller bezels make a big difference; the screen is around 15 percent larger for both devices, according to 9to5Mac.

That bigger screen allows for a new watch face that shows eight complications, and it’s positively packed with information compared to the usual watchface. I particularly dig how ’12PM Lunch with Ken’ wraps around the top of the watch dial. It’s a nice change of pace compared to Apple’s usual spartan approach.

Apple is hosting an event September 12 where it’s expected to reveal these devices, and perhaps even some new Macs too. Stay tuned.