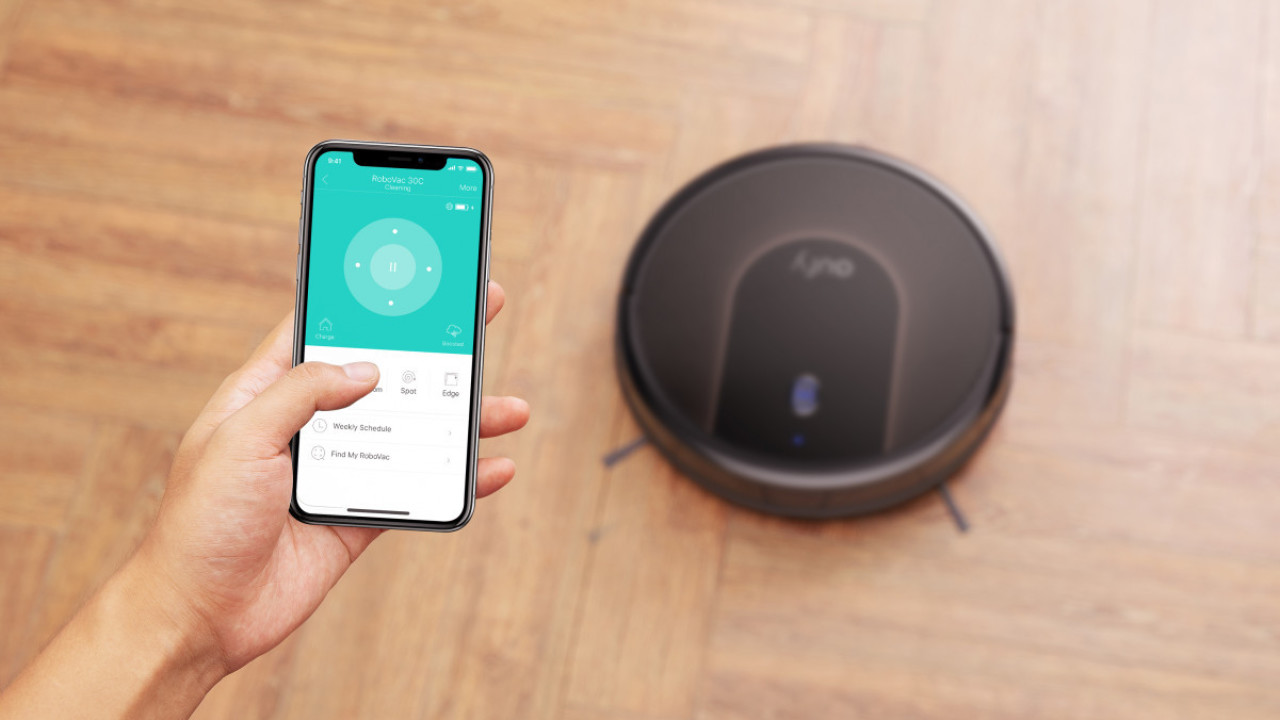 Most tech-savvy people have something made by Anker in their homes. The ubiquitous Chinese company offers a range of dirt-cheap electronics, from cables and chargers to Bluetooth speakers and even robot vacuum cleaners.

Today, at Berlin’s massive IFA 2018 tech trade show, the company lifted the curtain on a few new additions to its line-up.

Anker’s sub-brand, Eufy, is all about the home. Search Amazon for it and you’ll stumble across a range of Alexa-enabled light bulbs, smart body scales, and robot vacuums.

At IFA 2018, the company announced the launch of the Eufy RoboVac 30C. This robot vacuum cleaner is the follow-up to the well-loved RoboVac 11c and goes on sale in October for roughly $299.

The RoboVac 30c is thin, measuring just 2.85-inches in height. Despite that, it boasts a respectable 1500 pa (pascals) of suction power. As you’d expect from a robot vacuum cleaner in 2018, it’s Wi-Fi enabled and works with Alexa and Google Assistant.

Most Anker portable chargers fit comfortably into your back pocket. Not the PowerHouse Mini, which comes with a carrying strap and is designed to provide a week’s worth of power to your devices.

The PowerHouse Mini is dubbed a “portable power station,” and is aimed at those who want a large, reliable source of electricity when ordinary mains power isn’t available — when camping, for example, or during a power outage.

The device supports both DC and AC output, boasts an array of USB chargers, and has a capacity of 200 Wh. When it goes on sale in September, you can pick one up for $299.99.

We looked at the SoundCore Flare not too long ago, and were impressed with its 360-degree sound and its enticing LED light show at the base. The follow-up, the Flare S+, looks even better than the original.

So, what’s different? Well, a few things. It’s now able to charge other mobile devices from its battery, which boasts a respectable 16 hours of playtime.

It also boasts full Alexa compatibility, making this an enticing portable alternative to the Amazon Echo. You’ll be able to pick one up in October for $129.99.

Anker also promises compatibility with high-resolution audio. While the jury’s out as to whether high resolution audio actually offers a surperior listening experience, the SoundCore Life Journey U lets punters judge for themselves, without having to shell out for pricey kit.

The Roav Viva Alexa is a car charger, but not like any you’ve seen before. It comes with built-in Alexa support, allowing you to access your skills and Amazon’s AI voice assistant while behind the wheel.

So, you can get your news briefings, buy stuff from Amazon, or you can ask Alexa for directions, and she’ll show you with Google Maps or Waze.

The Roav Viva Alexa is currently available in the US and will be launched in the EU in October.

The Nebula Mars II is an Android 7.1-powered portable projector that’s roughly the size of a coke can, allowing you to watch movies whever you find a blank wall.

In terms of sound quality, the Nebula Mars II can project content in 720p definition, and its beamer boasts 300 ANSI lumens of brightness, and can reach focus in just one second. Moving onto the subject of audio, it packs dual 10W speakers, which should be loud enough to rise above any raucous Goonies-watching party.

Keep an eye out

Anker’s released some genuinely exciting stuff at IFA. I’m especially struck how aggressively they’re pushing Alexa. It wouldn’t surprise me if, in a few years, voice assistants become a standard (and expected) feature across most Bluetooth speakers.

We’ll be reviewing many of these items in the months to come, so keep an eye out for coverage on our gadget sub-brand, Plugged.