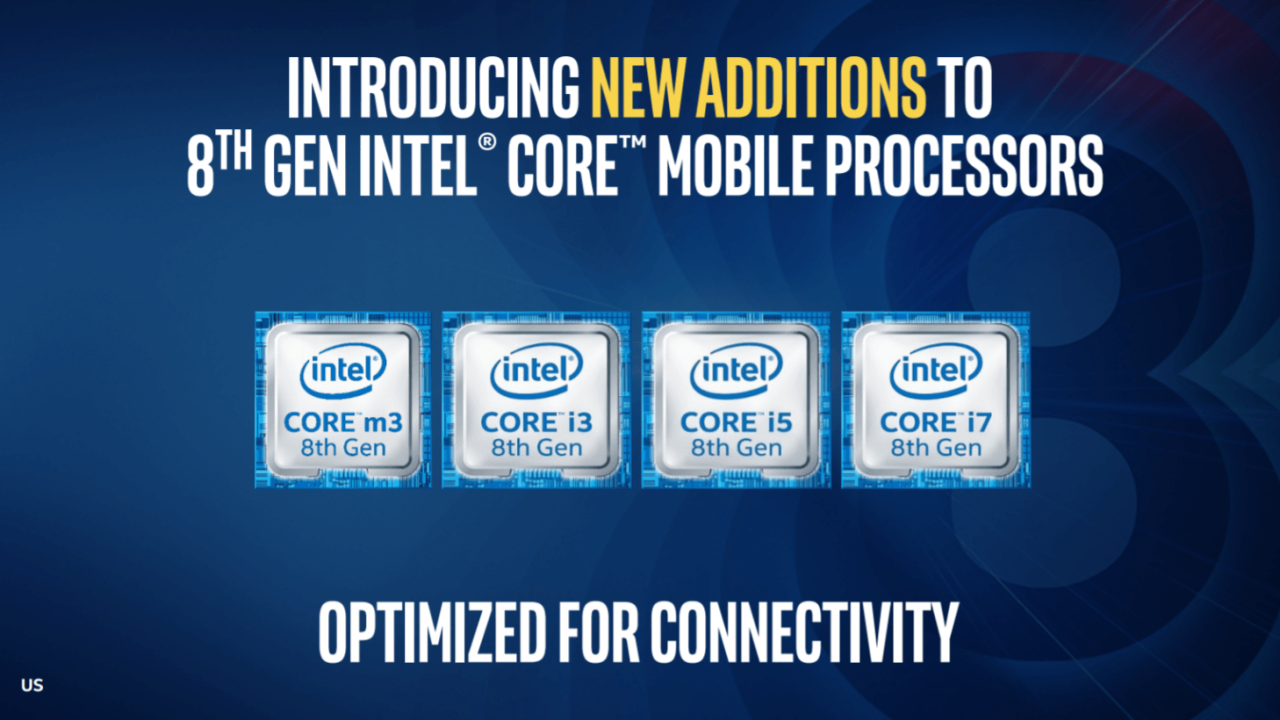 Intel is introducing six new CPUs to its mobile lineup today. They’re not something you should ditch your old laptop for, but they do bring some welcome improvements for upcoming mainstream devices.

The new processors are part of the U and Y-series of mobile chips, and are codenamed Whiskey Lake and Amber Lake, respectively. The U series include 15W processors, which are used in most mainstream laptops, while the Y-series (5W) tends to be used in the thinnest and lightest devices.

Despite the branding, Whiskey Lake and Amber Lake use the same basic 14nm architecture as earlier Kaby Lake processors – and the bigger core counts of last year’s Kaby Lake Refresh – so don’t expect massive performance gains. Intel still considers them part of the 8th generation of processors, a family that has grown increasingly confusing.

In fact, rather than compare performance to last year’s processors, Intel decided it would describe the improvements the new processors would make for computers 5 years old, which is an eon in tech terms. So your new Whiskey Lake laptop might be able to edit photos “up to 2.9X faster” than your 2013 laptop… but that’s not exactly surprising.

That said, while base clocks on the processors remains pretty much the same as its predecessors, the turbo speeds are a fair bit higher for when you really need that extra performance. The 4-core i7-8565U, the highest end Whiskey Lake, is able to ramp up to 4.6 Ghz now compared to 4.2 Ghz on last year’s 8650U. Similar improvements are seen across the range of new processors, and are particularly notable for the Y-Series chips as they’ve not been updated since 2016.

But not everything is about faster computing and benchmarks, and Intel focused much of its announcement on connectivity. The new Whiskey lake chips support 802.11ac 2×2, which translates to Gigabit+ Wi-Fi speeds – assuming you have a network fast enough. There’s also better integration for voice assistants like Cortana and Alexa, native support for 10 gbps USB 3.1 and an improved digital signal processor. Unfortunately, Intel did not go into as much detail regarding Amber Lake.

Without more benchmarks it’s hard to say how much the new processors are worth the update, but hey, they’re sure to at least provide some improvement. The new processors should start showing up in laptops this year; with Apple due to refresh the MacBook and MacBook Air this fall, I wouldn’t be surprised to see Whiskey Lake and Amber Lake make an appearance. For truly next-gen performance, you’ll have to wait until the 10nm Cannon Lake starts showing up sometime late next year.