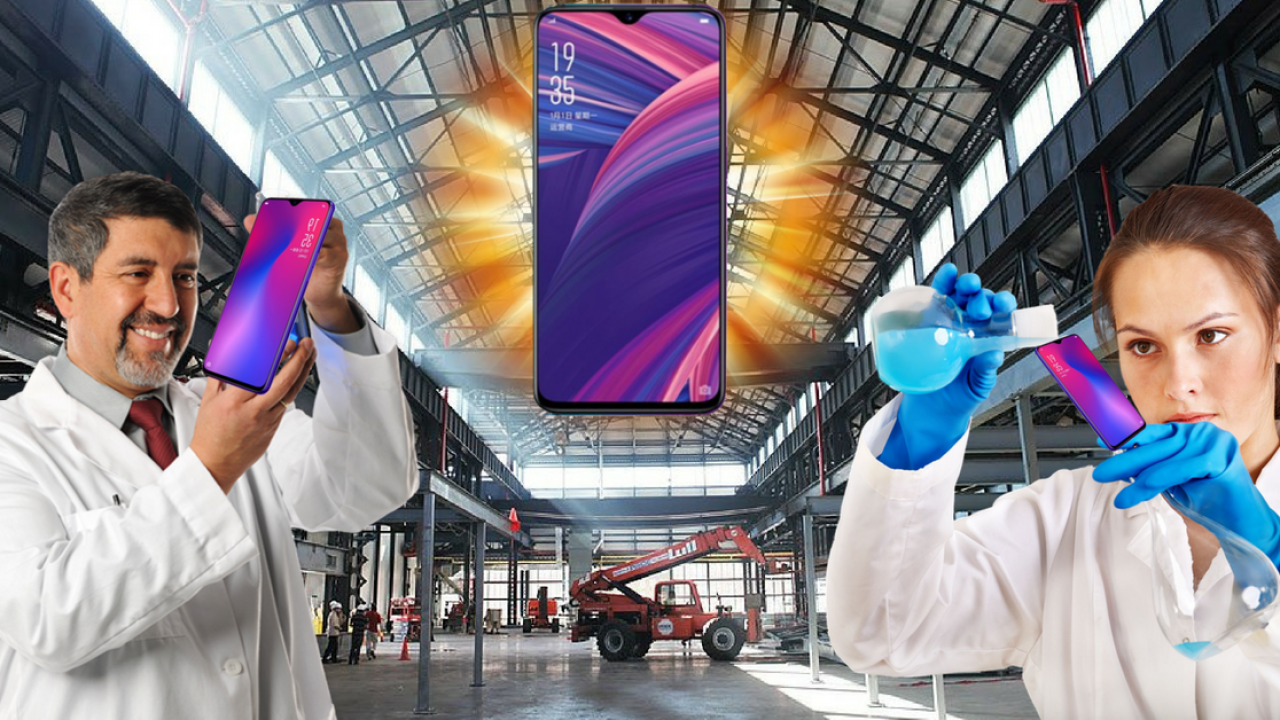 These days, the phone industry is more about tweaking an established formula than unbridled creativity. And, as OPPO has shown with its Find X and its mechanical notch, the Chinese company is a master of these sort of tweaks. This is why my attention was piqued when I heard about its new handset, the R17.

This is a mid-range Android phone that’s being released on the August 30 in China. The most eye-catching element of the R17 is its unique notch. Take a look:

With the combination of fitting as much screen on a phone as possible and people’s love of the front camera (read: selfies), the notch has become a tolerated, if not loved, element of new phones.

Normally – like the iPhone X or Pixel 3 XL – this is a bulky rectangle. But, on the R17, it’s more of a little bump or smooth mound. To be honest, it’s a pretty good idea and definitely isn’t as in-your-face as the larger, squarer notches.

Still, I do question whether a small change like this will really draw people into OPPO’s embrace, as you’re not saving huge amounts of phone screen here. I do know that some people are hugely irritated by the notch though, so this could soothe that wound.

There are a few other things of note with the R17. For example, this is the first time OPPO has used Gorilla Glass 6 for the screen, which should help the perpetually clumsy. On this topic, it also has a 91.5 percent screen-to-body ratio and an in-display fingerprint reader. Processor-wise, it’s running Qualcomm’s new Snapdragon 670 chip.

OPPO has also focused on night-shooting and camera quality in the R17. This includes a dual camera (one 16 MP and the other 5 MP) on the rear of the model and a 25 MP on the front for the selfie lovers. These are all assisted by AI, which aims to enhance images, especially those taken at night.

The company has also concentrated on the aesthetics of the R17, with the press release going to lengths about re-introducing strong colors into the smartphone industry:

While OPPO talks about creating “stunning gradient colors for consumers,” the reality of some purple and blue seems emblematic of where the smartphone industry is. While the R17 undoubtedly looks pleasant, pumping resources into the color of the phone seems to be innovation for the sake of it. Especially as, you know, so many people use cases for their devices.

At a price-range in the region of $500 (it’s retailing for 3,499 Chinese Yuan), the 8GM RAM and 128GB ROM R17 has a lot of competition. This hugely crowded market has companies like Motorola, Xiaomi, and OnePlus putting out terrific models, making standing out from the crowd nigh-on-impossible.

Well, it could fit a range of people. Those who like mid-range phones that are trying to do something different, the folks who adore selfies, people who like design with a different slant, individuals enamoured with Blade Runner 2049-style colors, or traditional notch haters could all find something to love here.

For everyone else, while OPPO can more than compete in this space, I’d wait until there’s more information on the day-to-day performance of the R17 before purchasing it.

So, stay tuned for further updates – something you can do by following Plugged on Twitter.