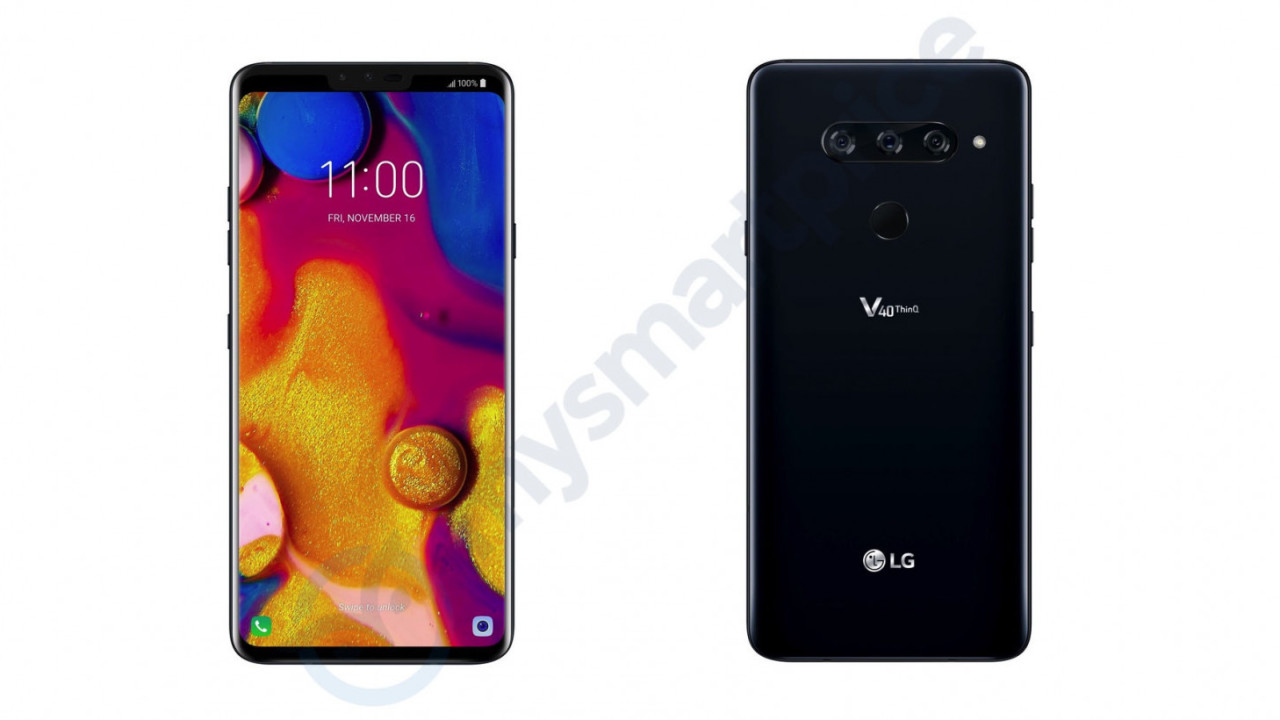 It turns out Pixel 3 XL isn’t the only Android flagship leaking today. MySmartPrice has posted what appear to be official renders of the V40 ThinQ, with a sleek design that borrows from both the V30 and G7, and a similar unfortunate branding.

The leak corroborates earlier rumors that the device would come with a total of five cameras – three on the rear and two on the front. For reference, the G7 only came with a measly three cameras total. Otherwise, the V40 borrows the hide-able notch from the G7 (and every other Android flagship out there), but seems to maintains the more rounded sides of the V30. Oh, and there’s still a headphone jack, thank goodness.

Unfortunately, we don’t know much else about the device. It’ll presumably sport a Snapdragon 845 processor, but we don’t know how much RAM or storage might be coming along. And while there will almost certainly continue to be a wide angle and ultra-wide angle lens, it’s not yet clear what that third camera sensor will do. If I had to bet, I’d guess its a telephoto lens to supplement the V40’s video pedigree.

MySmartPrice suggests the device will get a late release this year: November 16. Hopefully that gives LG enough time to reThinQ its branding. Sighs.