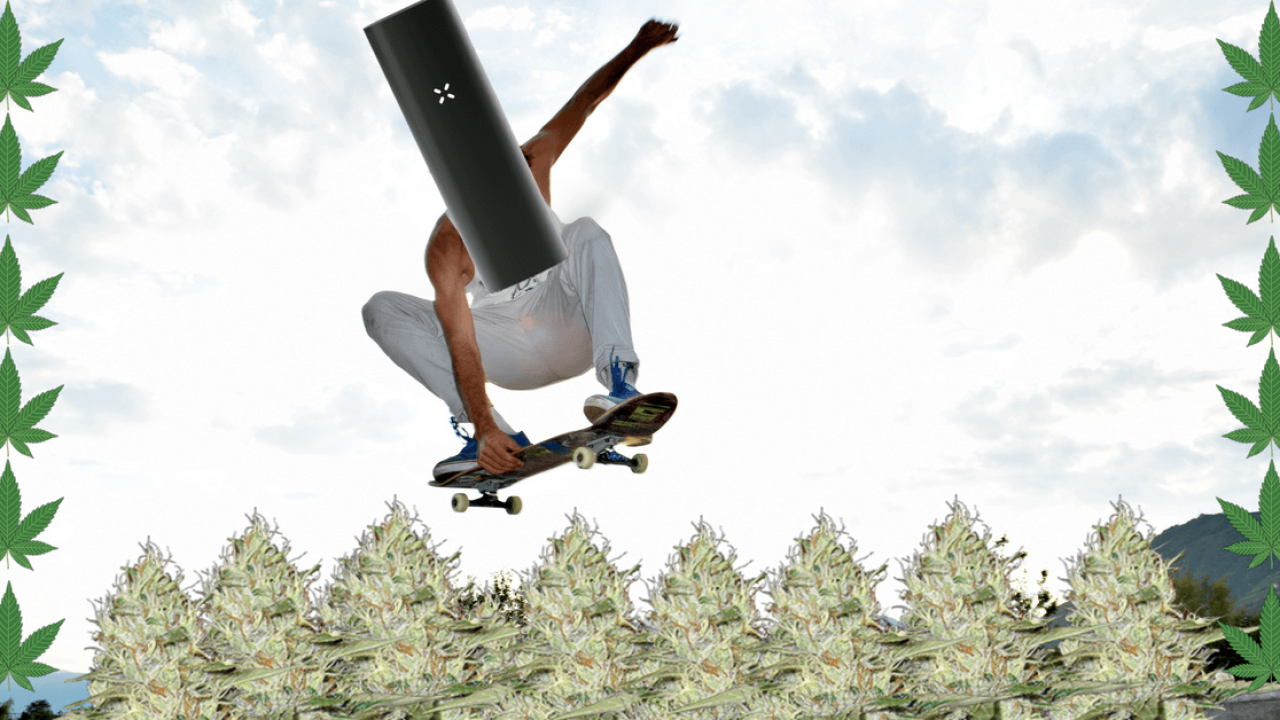 While the humble spliff will always have a place in the (weed-loving) public’s heart, these days it’s all about that # v a p e l i f e. A lot of devices are fighting for a space in this market and the Pax 3 has become one of the most popular – and for good reason.

The device is a lipstick-sized and modern-looking conduction vaporizer. And, by modern-looking, I of course mean heavily influenced by Apple’s design principles (like a lot of other products).

Have a little gander at this thing and try to tell me otherwise:

Daaamn, that doesn’t look like the crusty kind of device I’d expect stoners to use

The world’s changing, bud, don’t be a stick in the mud.

Honestly though, I think this design approach is one of the reasons Pax has stood out in the portable vape space – its made devices that casual smokers find attractive and want to use.

This Apple influence is everywhere, even in the way the Pax 3 is packaged:

That minimal aesthetic really makes you feel as though you’re buying a premium bit of technology. I’m not often excited about packaging, but – and at the risk of sounding very, very sad – this really did it for me.

As you can see in the above pictures, the Pax 3 is cylinder shaped with a flat section at either end. On its base, there’s a removable lid. This is where you place your sweet devil’s lettuce. You grind it up, put it in the compartment, pack it nice and tight, then place the lid back on.

Now, on the top of the device, there’s a mouthpiece that also functions as a power-on button. To begin your blaze, you push this down, and the LEDs on the front of the Pax 3 begin to flash. After about 30 seconds, the lights turn green (lol), and the device vibrates to let you know that it’s time to get lean.

Here’s how you turn it on:

Did it get you high?

The Pax 3 heats up quickly and really is incredibly simple to use. But, while the vapor it produces is flavorsome, it might not meet the expectations of certain serious smokers.

The main reason for this is the Pax 3’s use of conduction. You place your weed in a metal container at the device‘s base. The sides of this then heat up, cooking the weed – a process known as conduction.

With convection vapes on the other hand, air is heated and pushed through the container. This means the marijuana is cooked more evenly, improving efficiency and flavor.

Now, as important as this might be for dedicated smokers, I believe this isn’t too worth worrying about for the majority of people – even though it’s important to note.

I heard there’s an app too

Yep – the Pax 3 is bluetooth enabled. This means you can connect it to you phone and customize things like the burning temperature, the color of the lights, flavor outputs, and more.

It’s a nice idea, but I ended up using it a couple of times at first and haven’t opened the app since then. I’d say this is a good feature for the weed fanatic, but I just saw it as a happy novelty.

Anything else that bugged you?

This might seem minor, but I’d like it to produce more vapor. A lot of its output feels quite light. I mean, it unequivocally gets you blazed, but there’s something satisfying about creating a huge cloud of smoke sometimes.

On top of this, after using it for a few minutes, I found the base of the device got quite hot. Not enough that it burns your hand, but enough to be irritating.

I’d like to point out that neither of these are deal-breakers – and do make sense because of the compact size of the Pax 3 – but there’s always scope for improvement.

I found a full charge would easily last me a couple of evenings smoking. And, to nerd out slightly, I really enjoyed the way it charges too:

So… how much is this gonna set me back?

It includes a few great features, with the two most interesting being the half-pack oven lid and the concentrate insert.

The half-pack lid allows you to tightly fill the Pax 3 with only half as much weed as the normal lid. This makes it much easier to balance your solo smoking.

The concentrate insert is also a must have for anyone interested in hash or shatter, alongside the usual dry leaf fare. Whether the extra $50 is worth it depends on how appealing you find these two add-ons.

Anyone who’s interested in a portable vape, especially a casual smoker who’s not too concerned about the intricacies of vaping.

The Pax 3 is a stylish, easy-to-use, and compact device. While it might not satisfy the most stringent bud enthusiasts out there, it’s a perfect vape for the layperson. I thoroughly enjoyed my time using the Pax 3 and it really is an impressive bit of kit.

It might be some time before I smoke a joint again.

If you’re interested in getting your very own Pax 3, you can head over here.