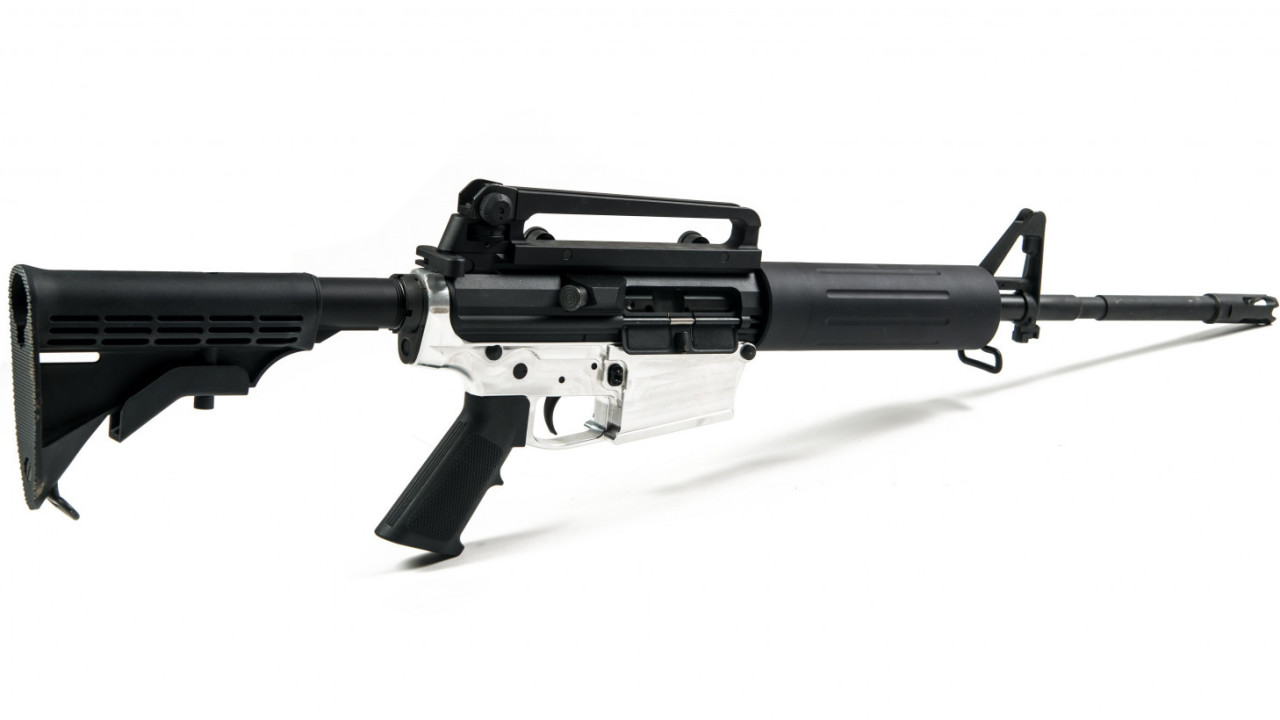 A 2MB zip file contains all you need to 3D print your own gun – a pistol called the Liberator – from the comfort of your home. It’s been doing the rounds since 2013, thanks to an Austin, Texas-based non-profit called Defense Distributed (DD). The US Department of State ordered founder Cody Wilson to remove the content from his site that year, but torrent users continued to share it.

DD planned to begin distributing files again starting today – but it was blocked by a temporary restraining order sought by eight state attorneys general, as well as the the District of Columbia. The ban followed a monumental victory for Wilson and his ilk last month, when the Department of State agreed to lift its five-year-long order against the organization.

UPDATE: A federal judge issued a temporary restraining order to block access to the 10 blueprints that detail how to make 3D-printed firearms, from handguns to AR-15 style rifles. https://t.co/sje8sBX85O

The truth is that the aforementioned legal battles don’t matter a whole lot right now: DD actually made the files available last Friday on its DEFCAD site (which has now gone dark), so they’ve already fallen into the hands of those who want them. There’s also a GitHub repository maintained by a group called FOSSCAD, where you can find designs for a range of pistols, rifles, and ammo. In addition, a number of groups in the US concerned with the preservation of the rights granted by the Constitution’s first amendment have come together to create Code Is Free Speech, a project to share more of these files publicly.

All this points to the fact that we’re getting rather uncomfortably close to a future where anyone with access to a 3D printer could fabricate an untraceable plastic gun that fires real bullets – and could do real damage.

Back in 2013, it cost $25 in materials to produce a 3D printed gun, and the machine needed to make it cost about a thousand dollars. The price of printers has dropped significantly since then.

It’s also worth noting that you can already legally buy what are called 80 percent lowers, which are essentially incomplete receivers (the frame that contains other parts that facilitate firing, and ‘receives’ the barrel that bullets travel through when shot out of a gun) without serial numbers. A little machine work, and you’ve got yourself a functioning untraceable gun.

Oh, and DD also makes and sells the Ghost Gunner, a $2,000 automated milling machine that fits on your desktop and can cut away at blocks of metal (like aluminium) to finish these lowers – no prior CNC experience required.

Should you be worried? As far as we know, no one’s been killed by a 3D printed gun yet (though some weapons have been seized). That’s largely because there are other ways to get your hands on a firearm, including at gun shows in the US, where you can buy weapons off private dealers who don’t need to conduct background checks or register their sales.

As Make: Magazine’s digital fabrication editor Matt Stultz told The Outline, 3D printed guns aren’t yet of great quality, and you can fashion better ones from off-the-shelf parts more easily. But that doesn’t mean they won’t improve in quality and durability over time, and become more easily accessible.

Writing for TechCrunch last month, Ars Technica co-founder Jon Stokes noted that the rise of 3D printed guns will democratize weapon manufacturing to some degree, so the business may not continue to be dominated exclusively by large established companies in the future.

It will also cause governments to try and control the distribution of content to aid in printing weapons, and restrict the sale of ammunition (which is more dangerous to make at home, thanks to the explosive and incendiary nature of necessary ingredients like gunpowder).

According to Stokes, the issues surrounding the distribution of 3D printing files for guns are similar to those affecting politically disfavored speech on the web. While they may initially be available to participants on the open web, they may soon be shunted to the internet’s nether regions, owing to various efforts to police and regulate them.

There’s also the question of the effects on countries that don’t yet have a ‘gun problem.’ More people, including extremist organizations, criminals, and emotionally charged or mentally unstable individuals may soon gain access to 3D printed weaponry. That applies to countries that presently have limited access to expensive 3D printers, as well as developed nations (like those in Europe) that have strict gun laws, as well as access to 3D printing tools.

Speaking to TNW, Shiv Aroor, the founding editor of Livefist, a media outlet that covers defense and aerospace in and around India, as well as a national security news anchor for India Today, called the idea of 3D printing weapons ‘horrifying:’

The push-backs against the idea of such weapons falling into the ‘wrong hands’ — the high cost of printers, the fact that these weapons won’t last, and the availability of ammunition — are all things that will likely solve themselves if there’s enough demand and with the progression of technology. The possibility of even a handful of 3D printed weapons being used criminally, in my mind, is reason enough to ban such an idea now.

Aroor also shed some light on the state of access to weapons in and around India:

Acquiring a licensed weapon in India is thankfully far more complicated than in the US, though a grey market of country-made weapons (aka improvised firearms) flourishes. Terrorists and insurgents tap into gun-running lanes that flow in from well-known proliferators, including former Soviet states, China and even from illegal gun factories in India. The access to such weaponry is difficult and dangerous, which is why you see a lot of terror or Maoist groups launching attacks on security forces not just to notch up kills, but also to snatch away weapons and stores.

It’s not a stretch to imagine that these supply lines may soon be supplemented by 3D printed weaponry. Aroor added, “The limited appeal one sees now could potentially be a global nightmare in the future. I feel the need to be harsh on this issue because I believe the idea stupefyingly blind to the realities of gun crime and weapons trafficking.”

We can’t be sure of just how many more guns we’ll see on the streets because of 3D printing in the near future. But you can be certain that the next few years will see a shift in the way people on both sides of the gun control argument debate each other.