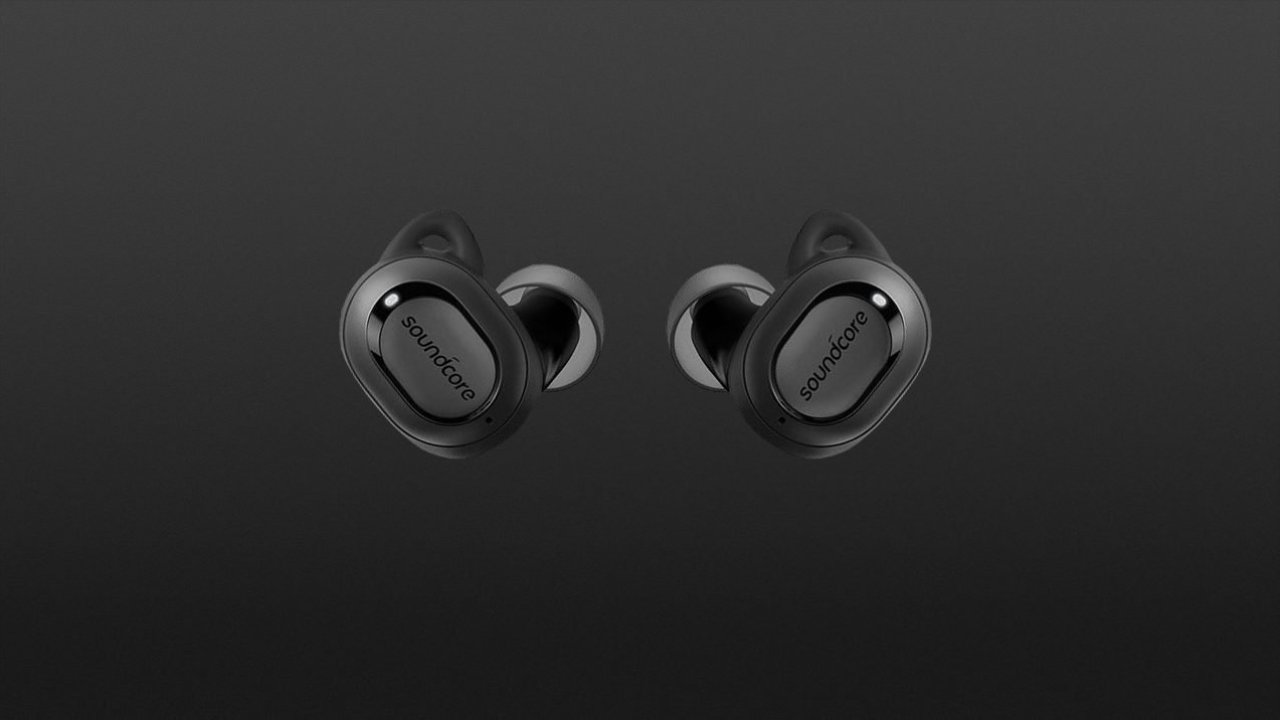 Not long ago, Anker launched its answer to Apple’s AirPods with the Zolo Liberty – an impressive first effort that left a good impression, and retailed for $150. Now, it’s following it up with the SoundCore Liberty Lite.

We like the SoundCore Liberty Lite. For starters, it’s cheaper. Anker’s more egalitarian wireless earbuds cost just $80 (about £60 in the UK), which is about half the price of the next step up. Somehow, Anker’s managed this while ensuring the overall sound quality doesn’t feel compromised. All things considered, it’s a pretty great all-rounder.

But I’m getting ahead of myself here. There’s a lot to talk about, from audio and battery performance, to ergonomics and waterproofing. Read on for our full review.

Right. The last two wireless earbuds Anker released came under the Zolo marque. That’s not the case here. Instead, Anker’s using the SoundCore brand it’s using for all of its mid-range audio gear – like the SoundCore Flare, which we loved.

It’s not clear if Anker’s ditched the Zolo brand in favor or the more uniform SoundCore, or if it’s reserving it for its highest-end products. Ultimately, it doesn’t really matter to the end-user experience, but I did find it interesting.

Wireless earbuds are one of those things where, if you’re primarily concerned about audio performance, you don’t really get the best bang for buck. Instead, you’re paying for the convenience of not having to deal with cords.

Let’s face it, cords are a throbbing haemorrhoidal pain in the derrière. They tangle and break. They get caught on door knobs. Would you pay extra to make that problem go away? Definitely, and I’m not alone in this.

All this said, I was really impressed with the sound quality on the Liberty Lites. The buds offered a listening experience that was bright and lively, and offered decent performance across the entire audio spectrum.

It performed well with all genres of music. Take Rainy Girl by Andrew McMahon in the Wilderness. This stripped-back track consists of a piano, McMahon’s vocals, and some violins in the background. That’s it.

The Liberty Lites did the song justice, and preserved perfectly the feeling of warmth offered by McMahon’s tinkling of the keys.

It also performed well with rock and electronic tunes. Take, for example, one of my favorite songs of all time: Can’t Stand Me Now by the Libertines.

This song has pretty much everything, from a thumping bassline, to Gary Powell’s impressive drumming skills, to a catchy opening guitar riff. The clarity offered by the Liberty Lites let me clearly identify every single instrument.

The bass sounded fantastic. It didn’t come across as muddy or distorted, as is often the case with cheaper listening gear. There was a phenomenal clarity with the highs, as observed during Carl Barat’s guitar solo, and Pete Doherty’s harmonica playing.

In short, the Liberty Lites pack a mighty punch. I was also struck by how well they insulate the listener from outside noises. You can use them during your morning jog, and won’t have to worry about audio from the street leaking through.

Speaking of morning jogs and leaking (see what I did there?), the Soundcore Liberty Lites are IPX5 sweatproof, so you shouldn’t worry about inadvertently breaking them — although I wouldn’t recommend you take them into the shower with you.

But what about battery life?

That’s a fair point. Wireless earbuds, by virtue of the form factor, don’t really do well here. Across the board, battery life is a bit of an Achilles heel.

Anker says the Liberty Lites last for twelve hours, but it’s worth pointing out that’s not continuous listening. You’ve got to periodically return the buds to their charging case to replenish the juice in their tiny little lithium-ion batteries.

Between charges, you can expect to get three-and-a-half hours of listening time. That doesn’t sound like much, but to be fair, that’s not bad. Most wireless earbuds on the market offer something around that point, and the longevity offered by the Liberty Lites is more than enough for most people’s commutes.

However, if you plan to use these buds on a longer journey – like a transatlantic flight – it’s definitely something to be wary of.

So, here’s the thing. I’ve tested the Zolo Liberty and the Zolo Liberty Plus. Both products cost way more than the Liberty Lites, but I feel as though they don’t come anywhere close to it in terms of actual comfort.

Last night, I fell asleep with these in my ears. That never happens. Ever.

Unlike the more expensive Zolo-branded earbuds, the Liberty Lites are constructed out of a cheaper-feeling and lighter plastic. In my experience, this makes it easier to wear the Lites for a longer period of time.

As is the case with the earlier models, the Liberty Lites come with a selection of ear tips and “ear wings,” so you can customize it somewhat to fit the shape of your ear and ear canal.

Alright, so I’ve got a couple of bones to pick with these buds.

My biggest frustration is the buttons found on each bud, which are used to control playback and turn the device on and off. These are covered in a rubbery membrane that makes it exceedingly difficult to register presses.

Switching the buds off is something that requires a lot of effort and fiddling, which I didn’t enjoy.
My other complaint – although a minor one – is that the charging case feels cheap and plastic-y. Unlike both Zolo models, which were fairly solid, I’m not particularly reassured by the construction here.

These are bloody good buds

If you’re torn between these and the Zolo Liberty, I’d really encourage you to head for the cheaper option. A lot of the kinks present in Anker’s first wireless earbuds aren’t present here, so you get an overall more reliable listening experience. In terms of sound quality, there isn’t really a massive gulf of difference.