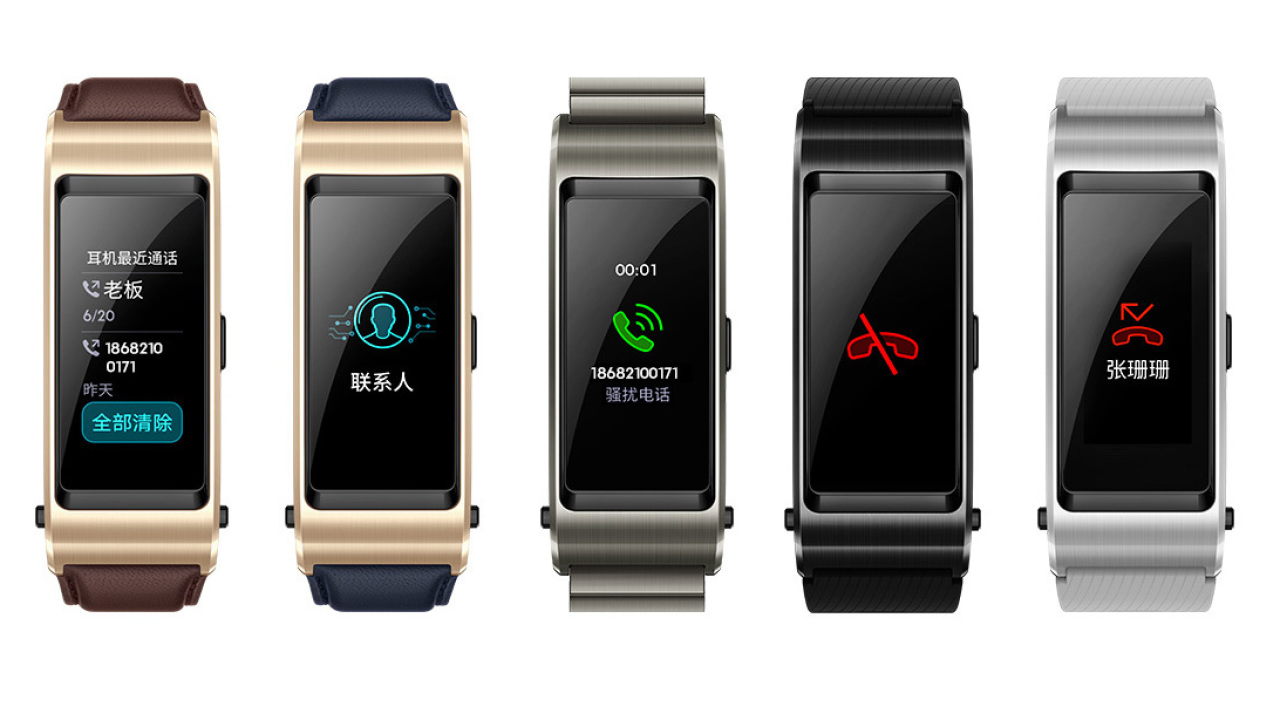 Huawei’s latest wearable is a bloody strange one. The TalkBand B5 is the fourth-generation of the Chinese giant’s fitness trackers, and like its predecessors, combines a conventional-looking wrist-worn screen with a bluetooth headset.

So, you could be jogging in a park and get a call, and you’d just pop out the TalkBand B5 from its strap, and shove it into your earhole.

That’s a pretty massive divergence from the status quo established by more conservative devices, like the FitBit Charge 2, and the Huawei Band 2 Pro.

Compared to the TalkBand B3, which was launched way back in 2016, the TalkBand B5 boasts a display that’s 2.4 times larger than its predecessor. It uses a 1.13-inch AMOLED screen, with 2.5D curved glass, and a resolution of 160×300 pixels.

It also promises decent call quality. According to Huawei, the TalkBand B5 boasts a triple-core audio chip, and can filter out external noise with its dual-mic technology.

On the software side, there’s a few quirks that you don’t typically find on fitness trackers. One tool lets users find their phones, while another lets them take photos remotely.

Otherwise, it’s all pretty standard fare. It tracks steps and exercise. It can monitor heartrate and sleep. It’s got the usual IP57 rating, meaning you can get it wet without having to worry about breaking your device.

The TalkBand B5 goes on sale in China tomorrow, and will eventually make its way to the UAE, Saudi Arabia, and other markets by next month. It’s not clear how much it’ll cost, but the B3 retailed for $286, so we’d expect this to be in the same ballpark.