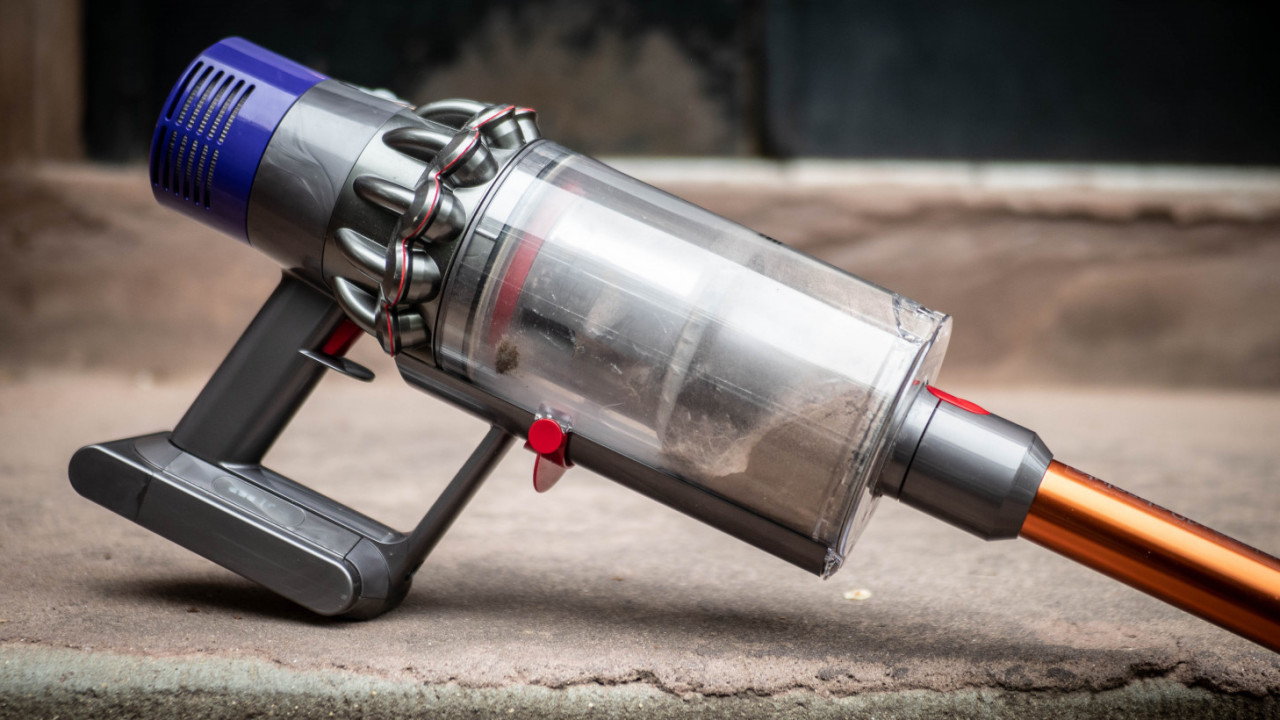 That’s the first question that came to mind when Dyson sent over its new Cyclone V10 cordless vacuum (and in fact, I reviewed the $700 bundle).

I’m always on the hunt for a bargain, so the idea of spending that kind of moolah on a vacuum cleaner always seemed absurd to me. But Dyson has been able to sell expensive hardware for decades somehow, and now I see why: The Dyson V10 is really cool. About as cool as a vacuum cleaner gets, anyway.

Let me make clear that I’m no expert in vacuum cleaners. This is the first vacuum I’ve given quite this much thought to, and my perspective is mainly that of someone curious to see why some people spend this much on one.

With the V10 it all comes down to one thing: versatility. That convenience comes in a few forms.

First and foremost is the V10’s cleaning ability. Until recently, I’d mainly used bulky uprights. While I wasn’t using anything particularly expensive, the V10 clearly cleans as any upright I’ve tried before. It also picked off dirt off my rug and and floor more easily than my previous vacuum of choice, a corded Shark Rocket stick vacuum.

The V10 comes with three suction settings, and which one I used depended on the cleaning task. For the most part, I stuck to the medium setting, which provided the best balance between battery life and suction. It’s ample power for pretty much any task cleaning using the roller head. I pretty much only used the max setting for quick dusting or pick ups.

The V10 comes with a variety of accessories depending on which bundle you buy. The standard motorized roller head is the best all-rounder for both carpets and hardwood floors, and mini motorized tool is fantastic for getting my dog’s fur out of furniture. But a soft roller cleaner head that comes with the top configuration – or can be purchased separately – is truly impressive on hard surfaces. It picked up virtually everything in its path, gave my floor a light polish, and even managed some caked on dust in the more shameful corners of my small apartment.

Which brings me to the V10’s second point: it’s inconspicuous. It’s small size is an obvious selling point for every stick vacuum, but the V10 also stands apart in how quiet it is. Under medium power setting, it’s only about half as loud as my previous vacuum. And for quick, small jobs, the low power settings is so quiet I can do some cleaning without waking up the significant other. That’s not something I’d ever even consider with previous vacuum cleaners.

This is where I should note the V10 makes an awesome/adorable ‘boing’ sound when it turns off. It perfectly complements the ray gun aesthetic:

This is Dyson’s explanation for the sound:

To generate the extra power of the Dyson digital motor V10, Dyson engineers doubled the number of magnets and stators. When the trigger is released, the motor brakes the rotor to a stop almost instantly and the magnets bounce between the four stator positions. Like a ping-pong ball bouncing on a table, they move a smaller distance each time, creating a sound which our engineers call the ‘boing’.

Anyway, I just like to point the vacuum around and go ‘pew pew’!

Lastly, the battery lasts a really long time for a cordless vacuum. The medium setting lasts 22 minutes, which is more than enough for my apartment, but I can stretch it out to nearly an hour with the low power mode. The max setting cuts it down to about 8 minutes, but again, it’s used very sparingly. I’ve never run out on a charge.

That versatility makes a difference, especially if you’re not used to cordless vacuums: I clean a lot more often than I did with previous devices because the experience is so relatively painless.

That’s not to say there aren’t caveats though:

And again, for some people, spending so much green on a vacuum cleaner is unconscionable.I get that – there are plenty of great options for cheaper, and the V10 is by no means a bargain. If you want to save, you can look at competitors from Shark or even buy a still-great Dyson V8 for several hundreds less. I can’t make the V10 an unqualified recommendation as a value proposition.

But its sheer practicality also meant my house has been a lot cleaner (though not any less messy) than usual, and that’s something you can’t quite put a price on. If compactness and versatility are a priority – and you don’t mind spending more to get the best from a company with a strong track record –  the Cyclone V10 is well worth a look.