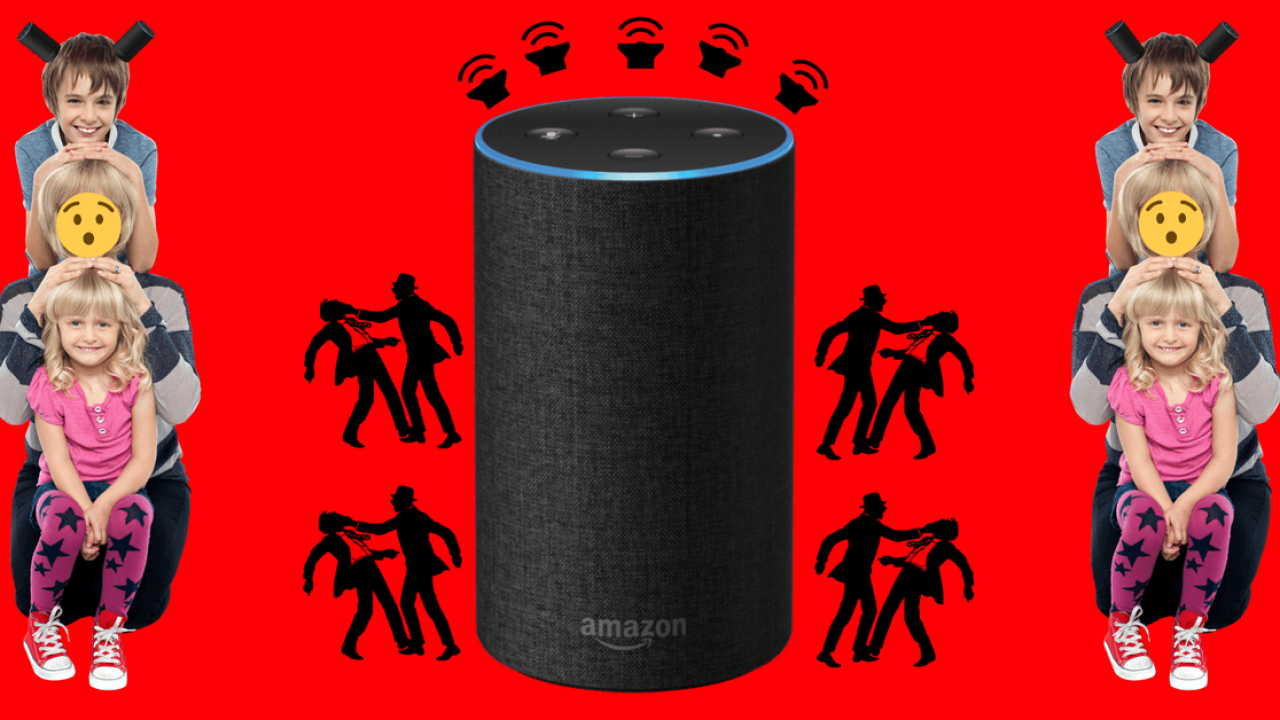 Amazon’s Alexa has rolled out a new UK feature: announcements. Innovatively titled Alexa Announcements, it allows users to broadcast their voice to other Echo units in the house. This is different to the intercom feature, as rather than a one-on-one conversation, it’s transmitted to every device.

And, well, to my eyes, it’s a feature ripe to be taken advantage of.

Amazon chose to illustrate Alexa Announcements with the example of, presumably, a parent saying to the device “Alexa, announce that dinner is ready.” This would then cause all other Echo units on the network to play “dinner is ready” in the speaker’s voice.

It’s a genuinely useful feature, but I feel the tone of the release is… optimistic. Anyone who has grown up in a household filled with children or, well, twenty-somethings, knows that the most innocuous things can be used in the most irritating ways. Alexa Announcements is no exception.

So, in honor of this game changing feature, we wanted to put together a short list of tips on how to abuse Alexa Announcements the right way. For the kids (and the kids in us), you know?

I realize the first thing you’ll want to do is to get Alexa to scream “fuck” or “shit” or “asshole,” but, if you’re a teen or under, this is going to get the device taken away from you faster than you can say “beating.” Instead, stick to words it’s harder to get in trouble with, like “stinks” or “sucks” or “butt” or “poo.”

And if you’re a house full of adults? Just dive in straight for the X-rated words. They never get old.

An introduction to abrasive music

What, your housemates aren’t familiar with Death Grips’ oeuvre? Broadcast them snippets of the music so they too can enjoy the group’s genre-defying work.

Alexa Announcements is perfect for tattling. Whether you want to gain an upper hand in the eternal sibling struggle for dominance or shame a housemate for stealing someone’s broccoli, there’s no better tool for announcing their wrongdoings to the whole house.

Whether child or adult, surely everyone has received a message in a group chat saying “who spilt juice on the kitchen counter? This really isn’t acceptable, I’m not here to clean up after your messes. Grow the hell up.”

Limiting yourself to sending these sort of messages via text seems archaic. Use your voice. Your strained, close-to-tears voice. Repeatedly.

And don’t just stick to your voice

If you use one of these totally legit voice-changers no one will even know it’s you. Extra points if you can just say “Alexa, announce…” and then play a high-pitch screech through the speaker.

You’re in the house alone. You hear someone else come in. The plots of Saw and Scream come flooding into your head. You use the Echo devices in the house to try out your own brand of psychological horror. It fails and they don’t talk to you for a week. Result.

Your own personal shipping forecast

The BBC has been broadcasting the shipping forecast – the weather report for the seas and coasts around Britain – for over 150 years. The thing is, who’s got the time to tune in at 5:20am to hear it?

With Alexa Announcements, you can be the savior the household needs. Methodically repeat the report into the device bit-by-bit, so everyone knows the weather in Lundy, Cromarty, North Utsire, Fastnet, and more.

This also works with the football results, just make sure you start from the lowest leagues and go upwards.

Remember, abusing Alexa Announcements once is funny, but twice isn’t. Around fifty times though? Hilarious.

Alexa Announcements are enabled now in the UK, as well as the US and Canada. If you’d like to torture those you live with, you can pick up an Echo here.