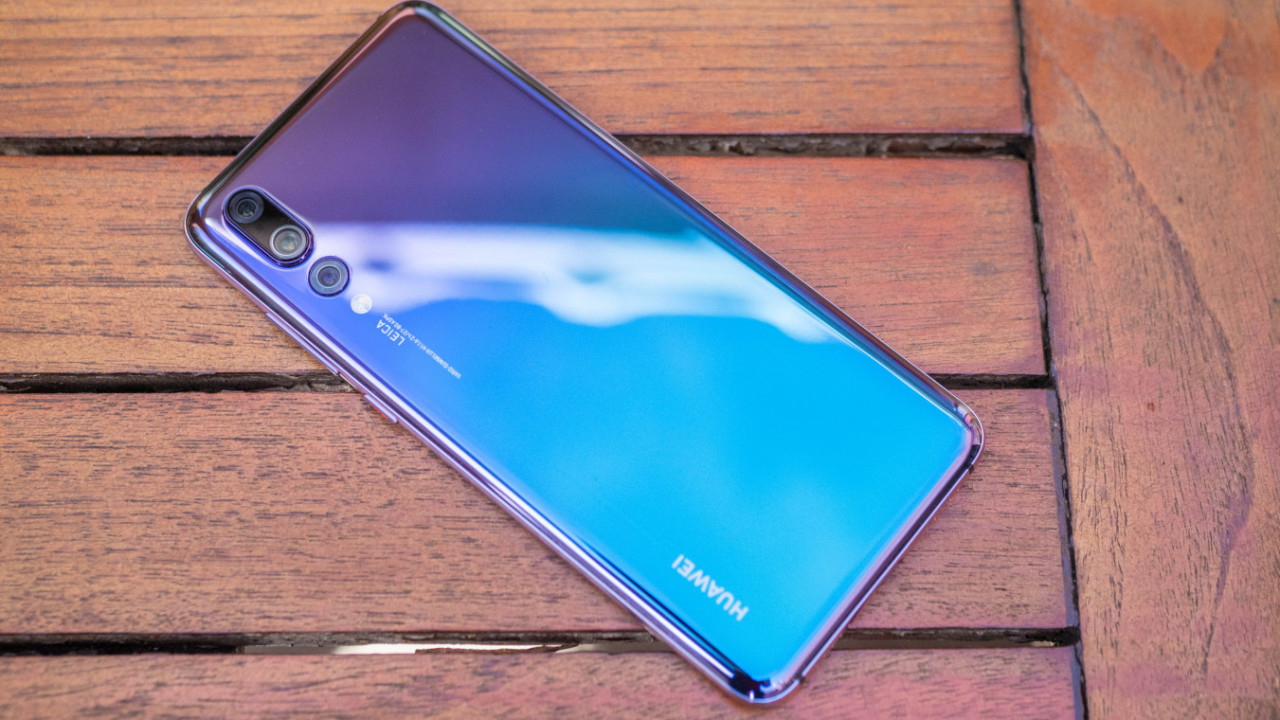 The Huawei P20 Pro is perhaps the best Android phone on the market right now. A big part of what makes it so special is its bonkers three-lens camera, created in partnership with iconic German photography firm, Leica.

From the minute you pick up the Huawei P20, you can tell that this is special. Unlike pretty much every other phone on the market, Huawei’s newest flagship devices boasts a three-lens camera system. These are as follows:

These aren’t ornamental. As mentioned, each camera does a specific job. What makes the Huawei P20 Pro so excellent is the way information from these cameras are processed, in order to produce better and more artful pictures. Much of this processing is done by a sophisticated AI system that’s been continuously developed by Huawei for the best part of five years.

Hands on with the Huawei P20 Pro’s camera

Before we move on, I just want to point out that many of the photos here were in-fact taken with the Porsche Design Huawei Mate RS. This is essentially the same phone as the P20 Pro (it uses the exact same camera system and software), but has some small technical and design differences.

When you bring a subject into the perspective of the viewfinder, the camera’s software can figure out what you’re looking at, and adjusts the processing of the picture accordingly. In total, the software can recognize over 500 scenarios across 19 categories.

The end result is some gorgeously artistic-looking photographs. Here’s an example: I took this photograph from the roof of Leica’s HQ, in Wetzlar, Germany.

The Huawei Mate RS immediately entered ‘greenery mode,’ and adjusted my picture accordingly. The end result is (I’d argue) pretty spectacular. Notice how the fields in the foreground are vividly green, while the foliage in the background looks almost as though it was painted by watercolor.

And if you’re one of those people who like to instagram your meals, you’ll be delighted to know there’s a food mode.

While I’m banging on about the camera’s AI, I should also point out that there are separate cat and dog modes, allowing a user to perfectly capture their canine and feline friends.

Incidentally, I decided to test the software on the Huawei P20 Pro against a stuffed dog, and the camera was able to distinguish it from the real deal. That’s how insanely sophisticated this software is.

It’s worth noting that these AI modes are entirely optional. If they’re not your thing, you can just turn them off from within the camera app’s settings.

But what if there’s just one mode you want to deactivate? For example, the P20 Pro comes with a mode designed to scan documents. That’s handy, but what if you just want to take an artful shot of your dinner menu?

Easy. Just tap the ‘x’ next to it, and it’ll capture a photo as normal. Furthermore, if you keep deactivating a certain mode, the AI will eventually get the message that it’s not really your thing and won’t bother you with it again.

The Huawei P20 Pro’s photography credentials aren’t merely limited to its AI context-recognition systems. Its camera software is unbelievably feature-rich, and contains all the bells-and-whistles to keep any shutterbug happy.

Take, for example, the “Pro Mode.” As you might expect, this is where you really take control. Here, the user can take granular control over the camera, defining ISO, shutter speed, and exposure value. There’s also an “Aperture Mode,” which is pretty self-explanatory.

My favorite mode, however, is “Night Mode,” which captures absolutely stunning shots after dark, and allows the Huawei P20 Pro to effortlessly tackle low-light conditions. 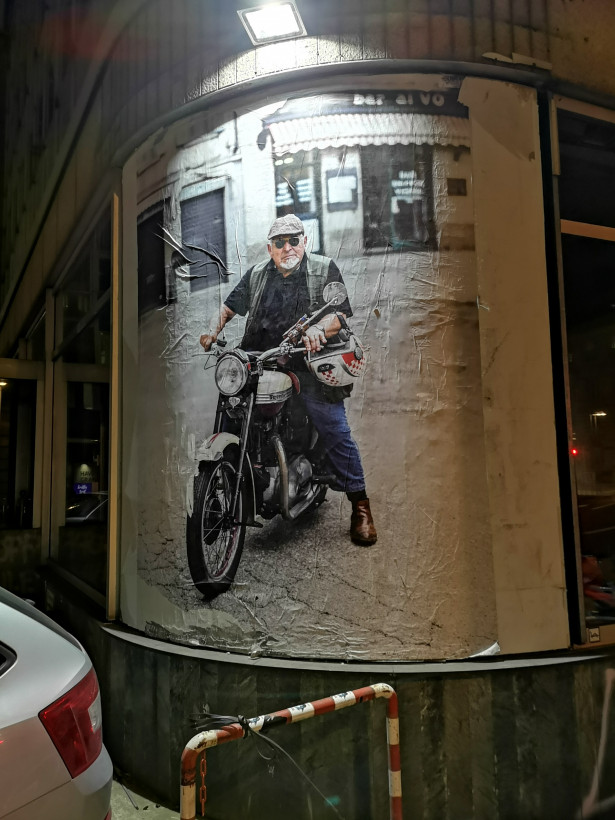 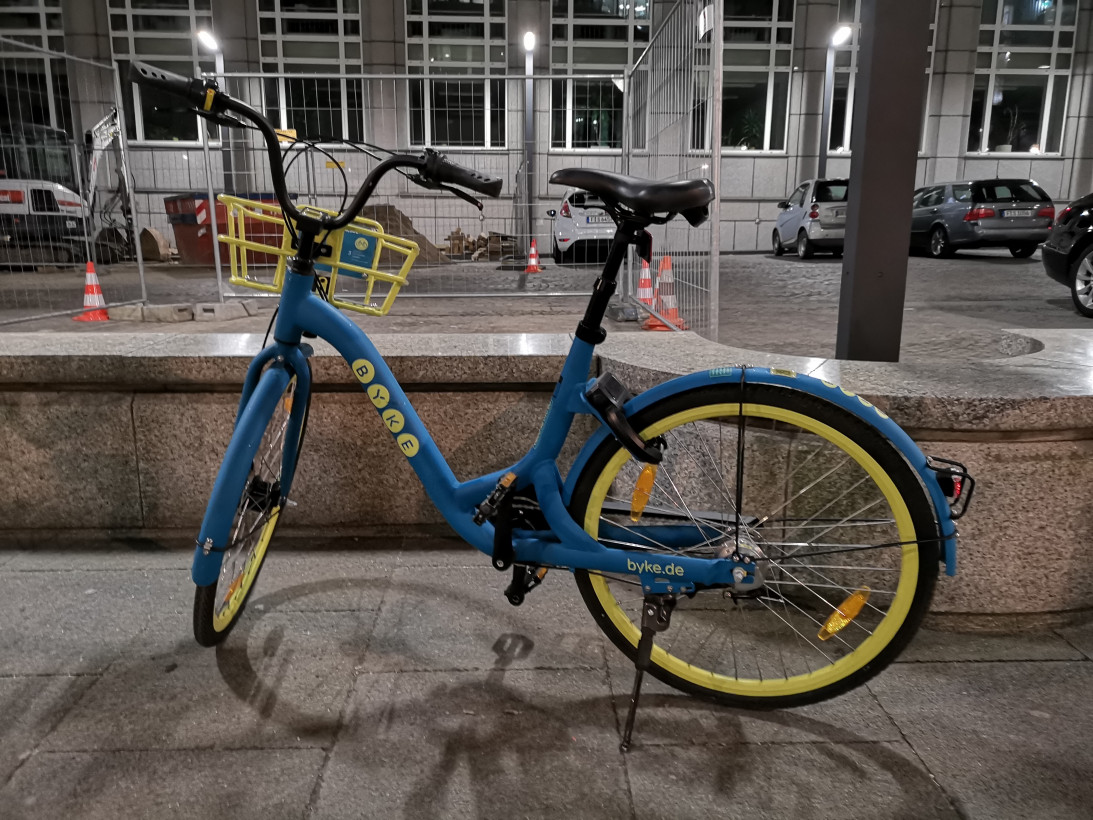 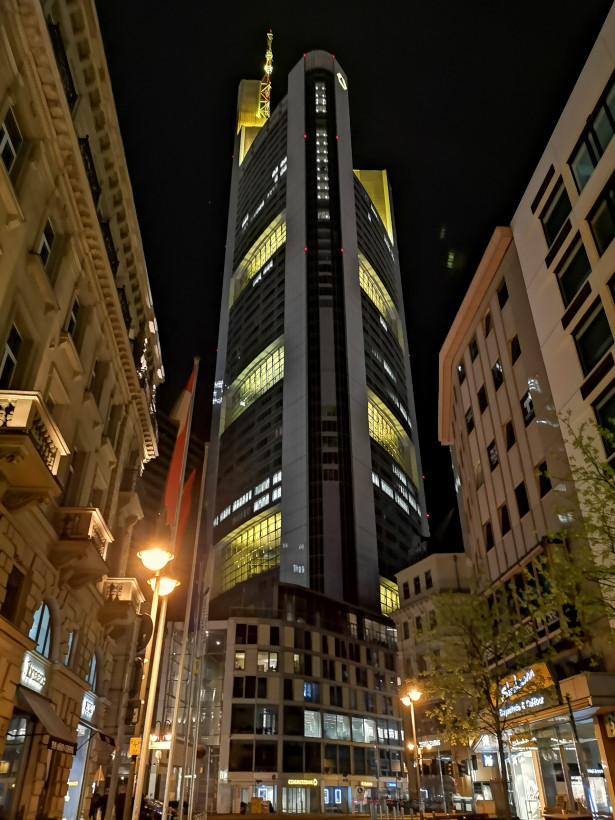 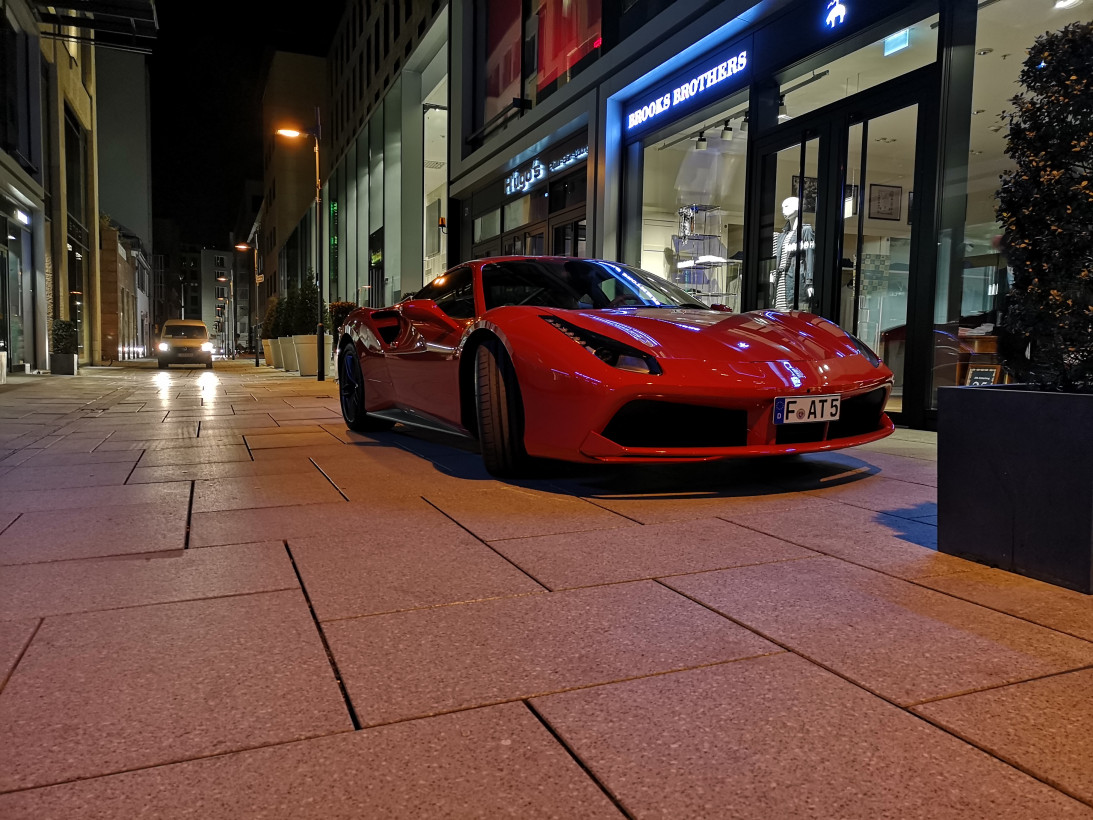 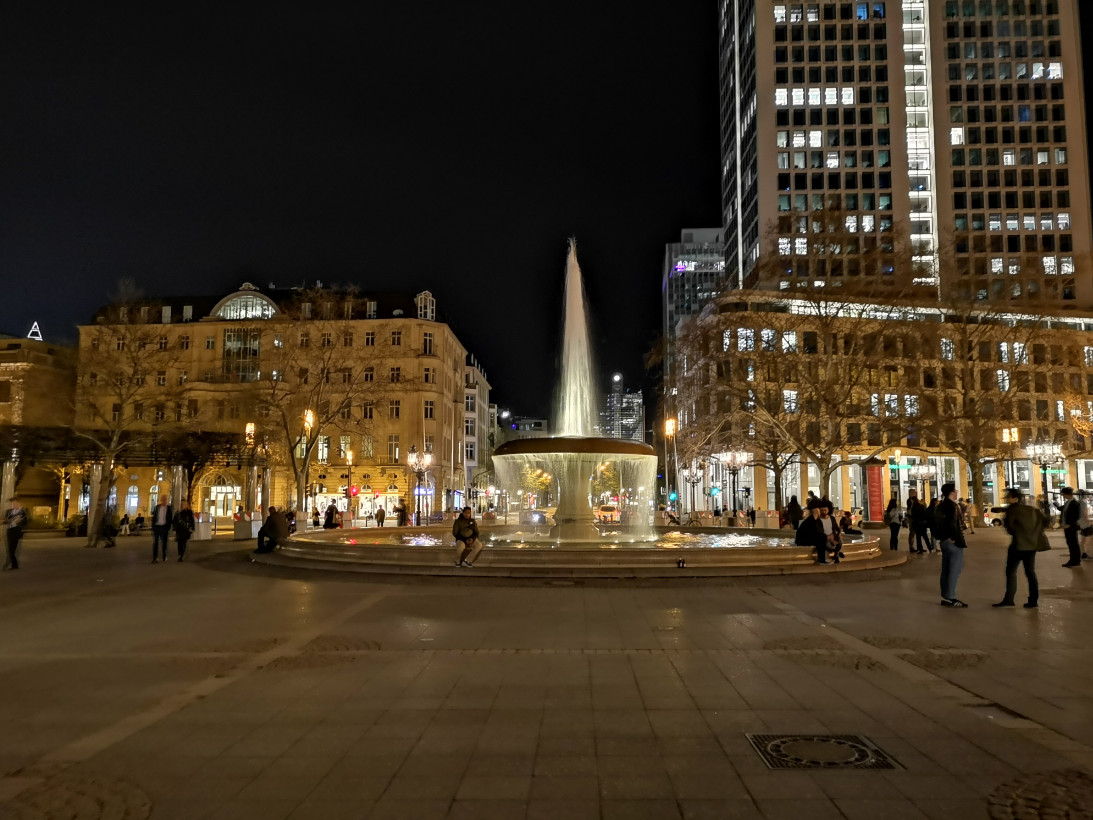 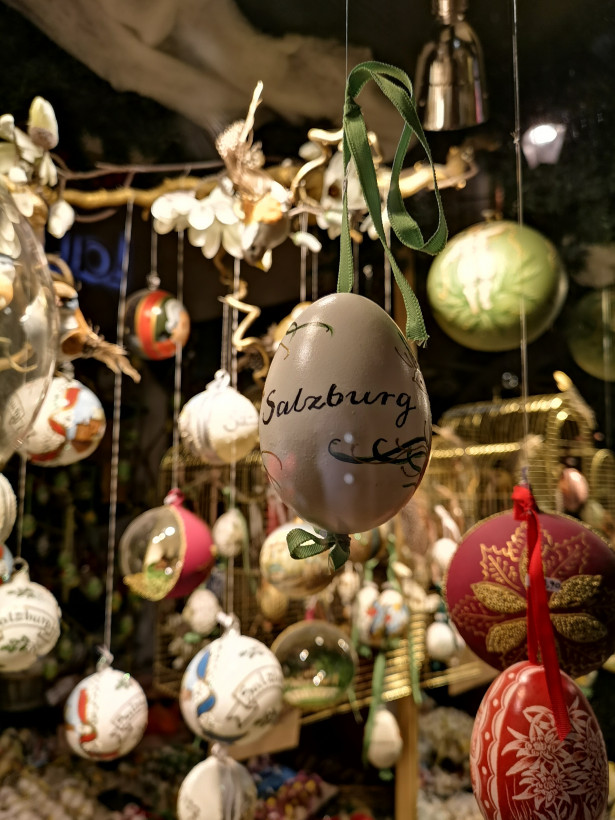 Night mode works by taking a sequence of photographs over a period of several seconds. It subsequently processes them in order to produce something that looks eye-poppingly good, without looking artificial.

As an added bonus, there’s no real loss of fidelity or detail. You can zoom in on elements within the photo, and they’re clean and recognizable. Take a look at my picture of Frankfurt’s Commerzbank Tower in the above carousel (it’s the third one across). Notice how sharp the individual window panes are. They’re clearly defined, and not fuzzy or blurred.

The thing is, I kinda feel like night mode is a bit of a misnomer. I used it during daytime conditions, and it added a certain je ne sais quoi to my photos. 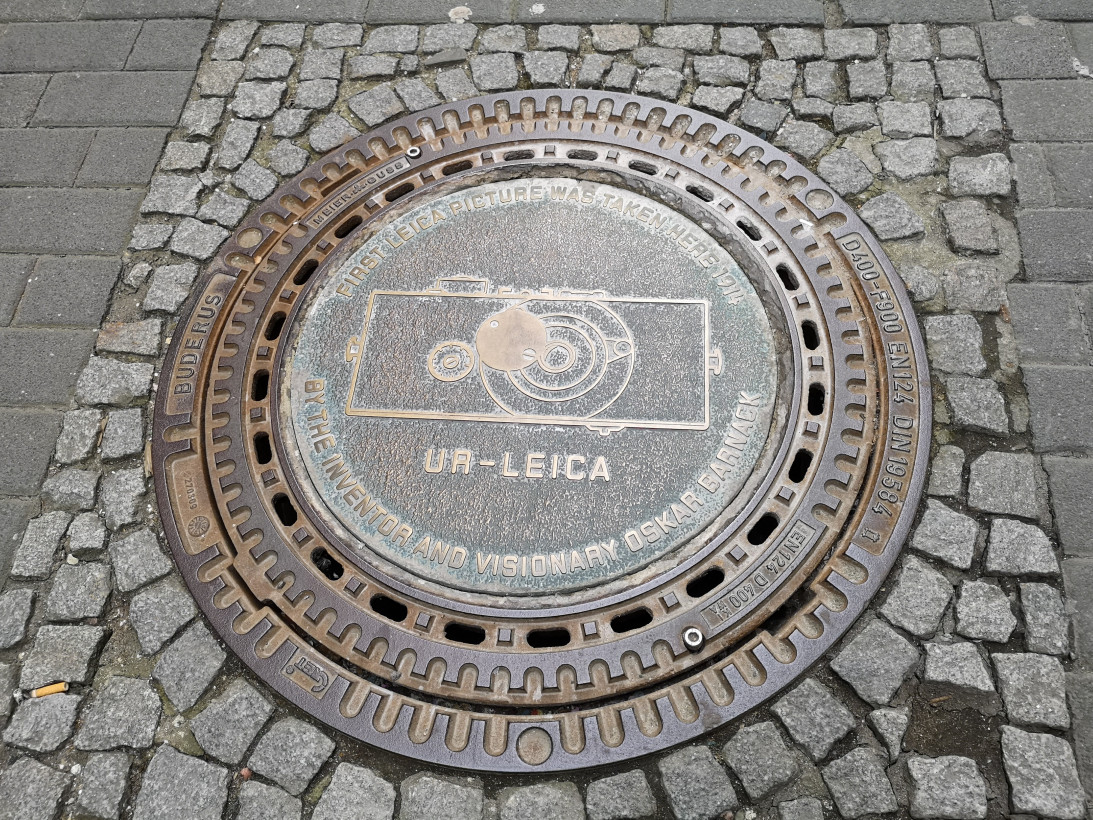 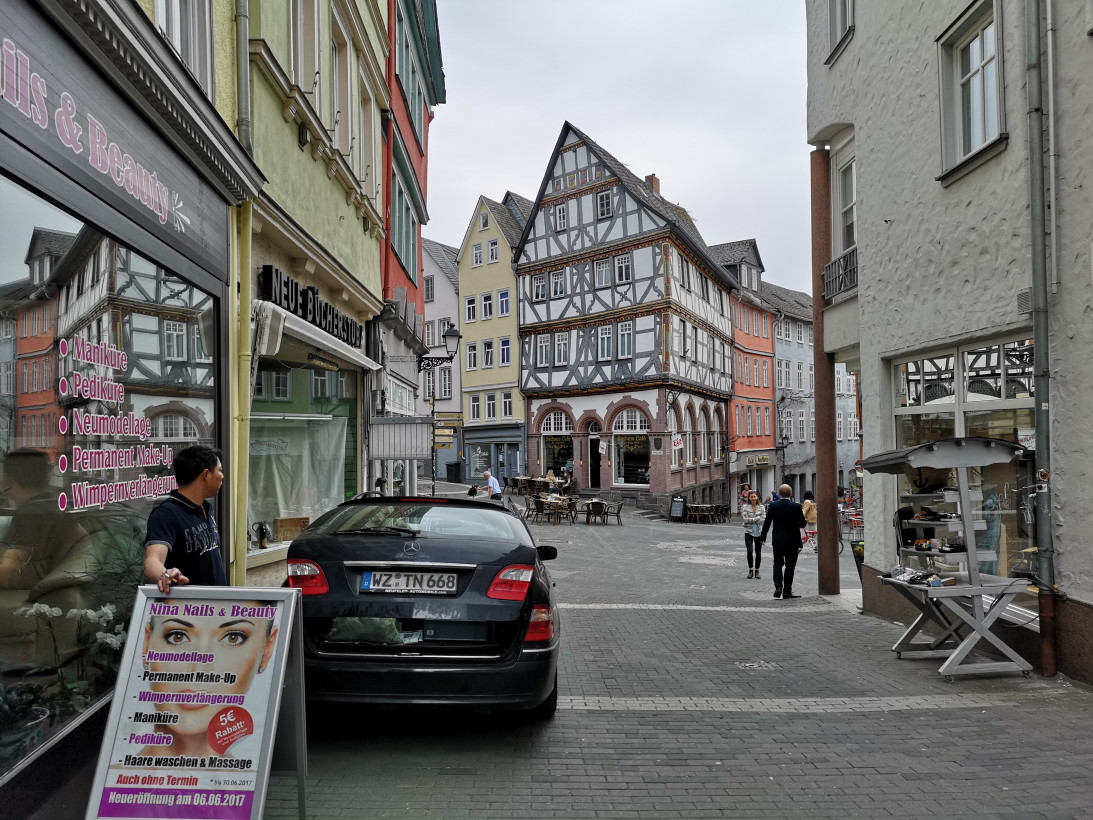 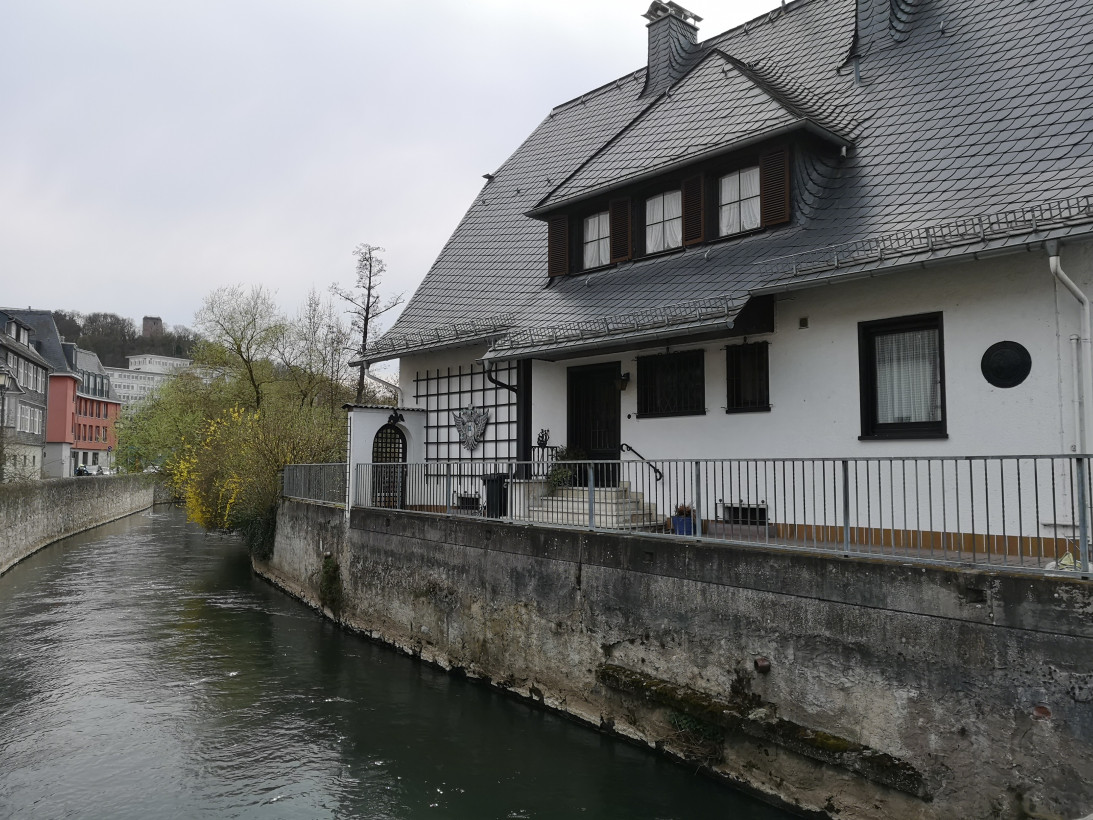 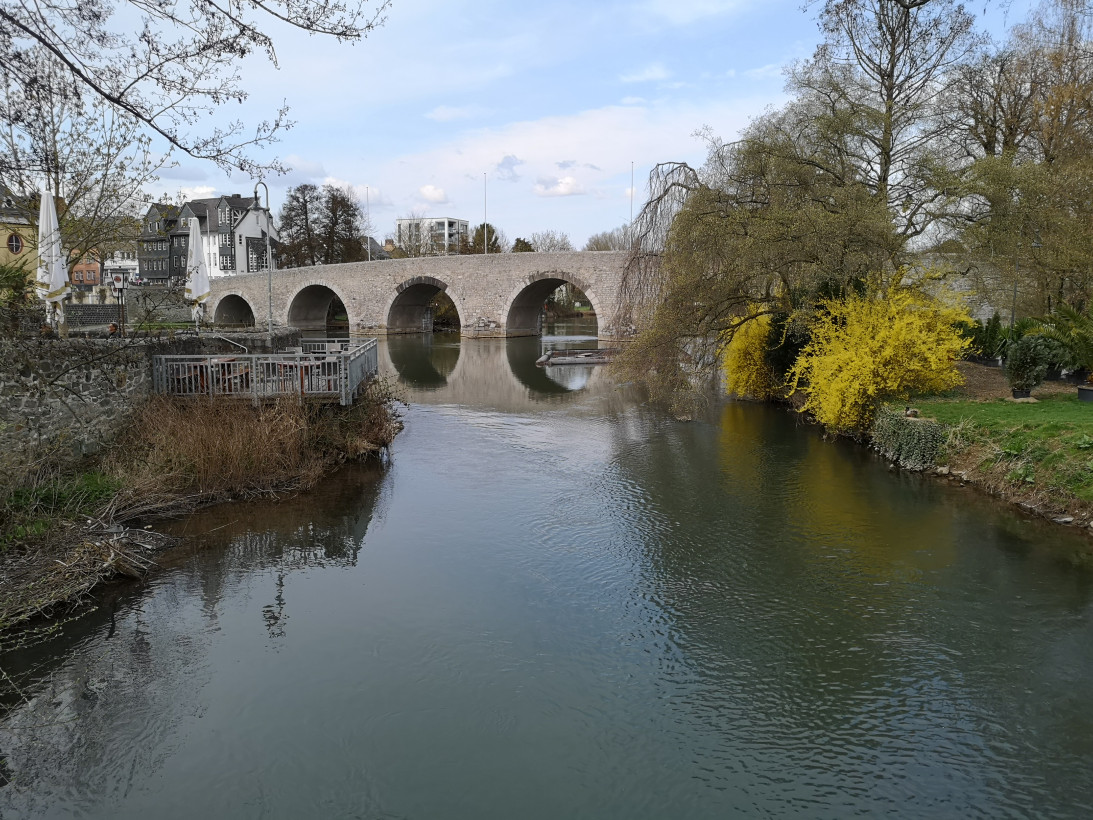 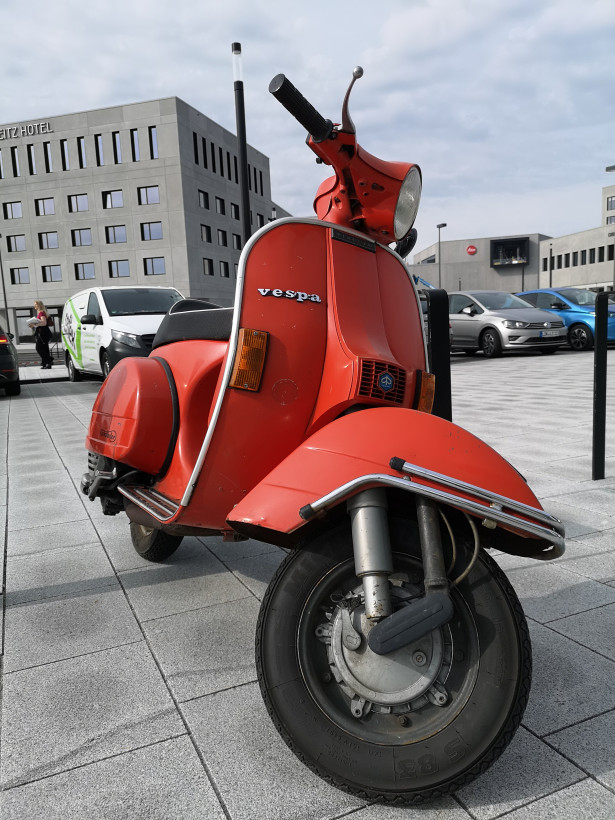 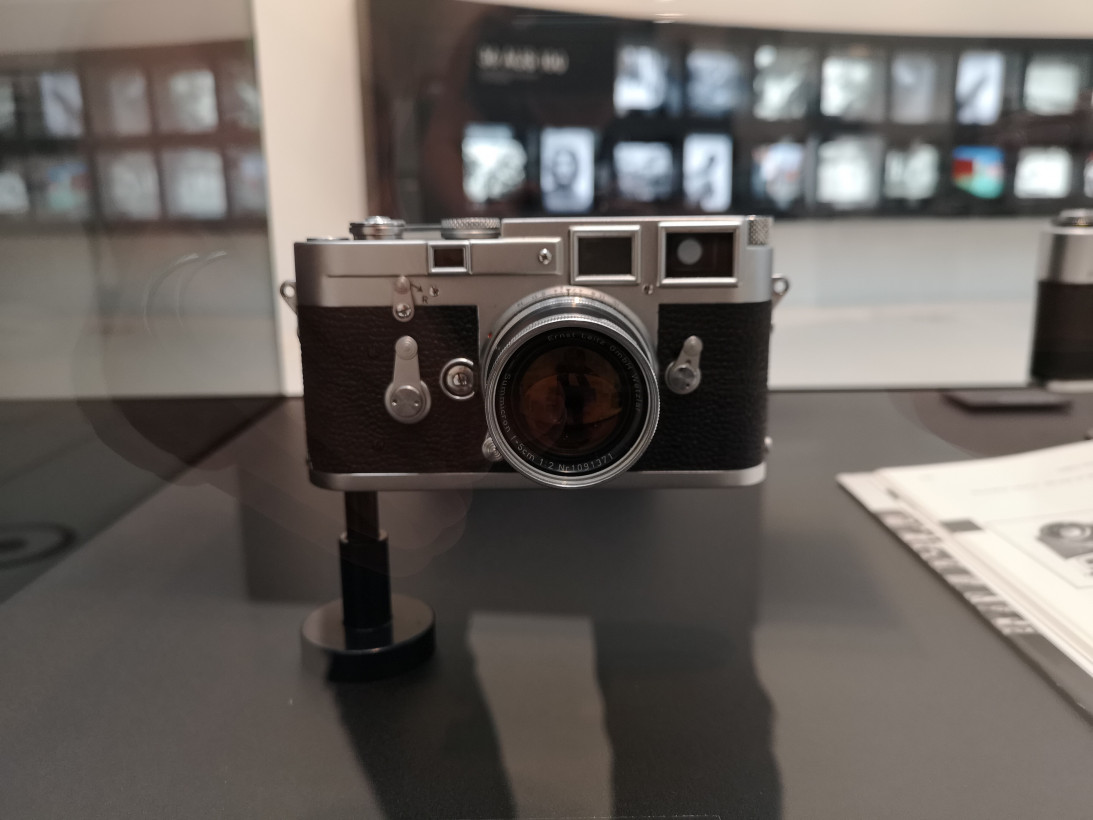 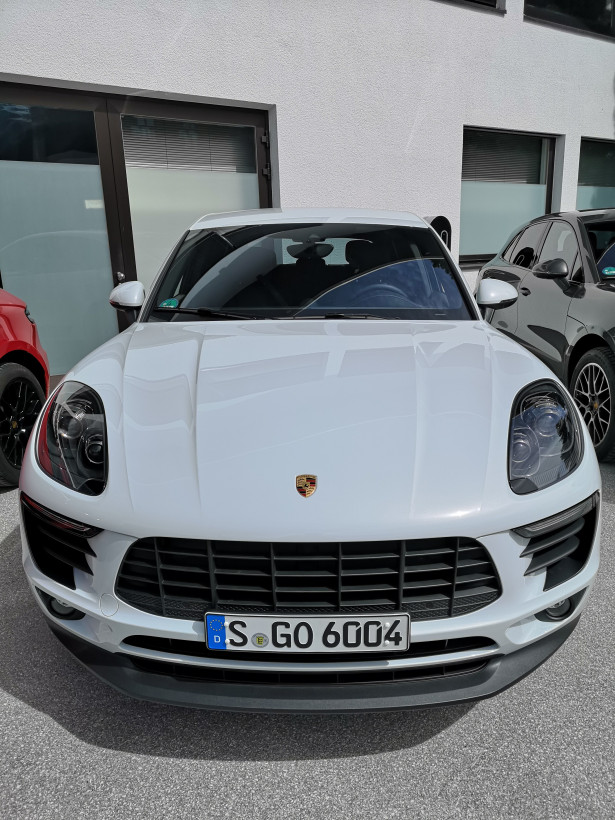 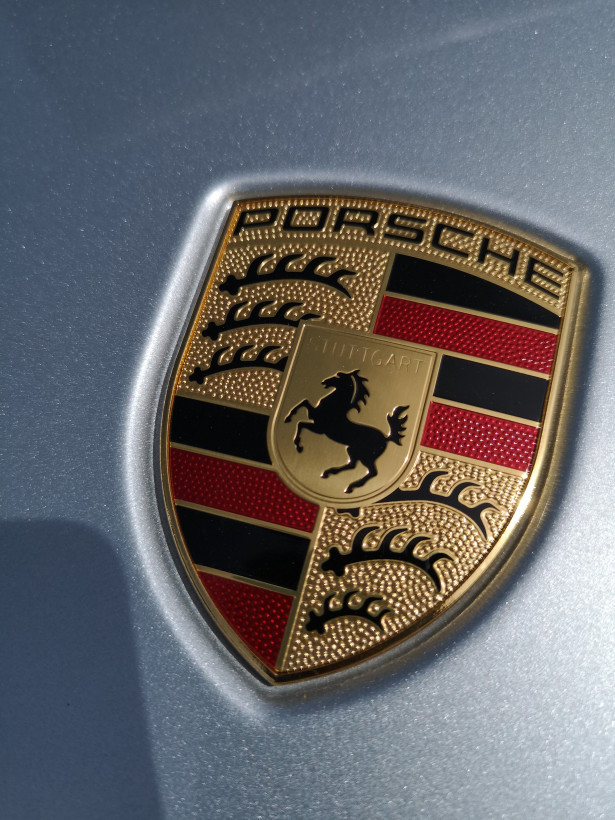 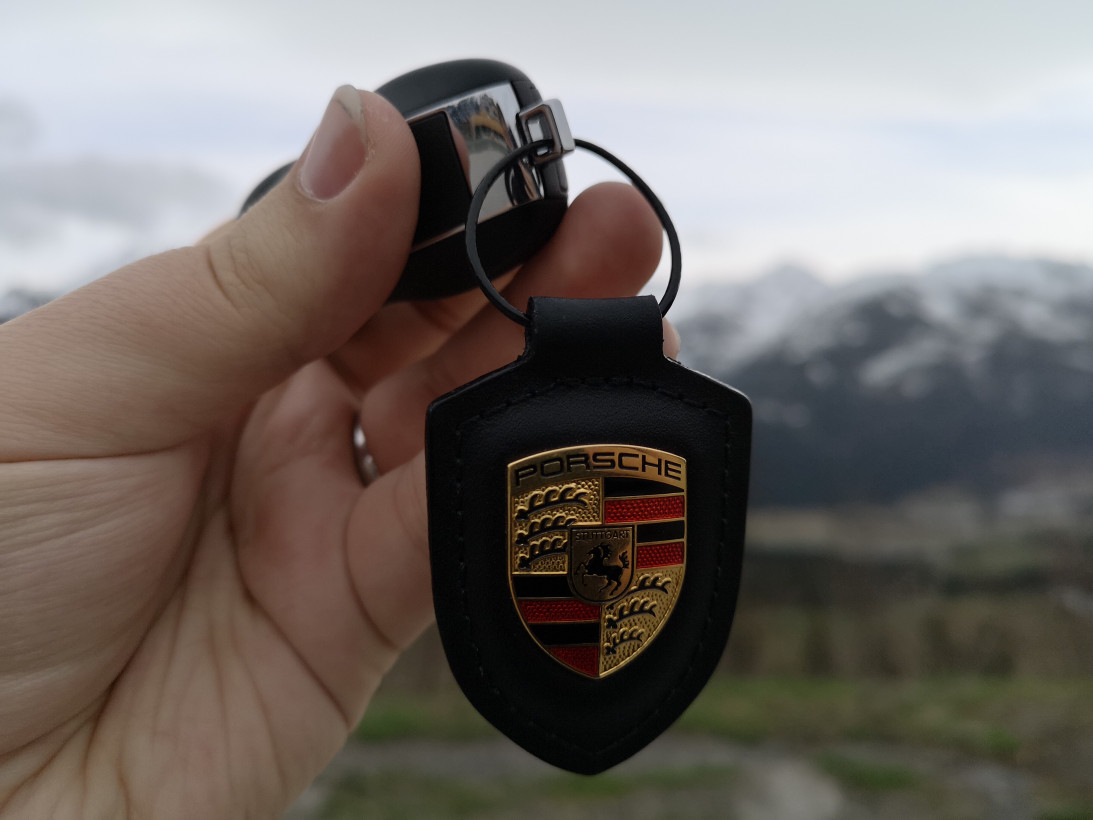 The zoom system also deeply impressed me. The Huawei P20 Pro has the best zoom on pretty much any phone you could care to mention — including the formidable Pixel 2XL and iPhone 8 Plus. Its 3x optical zoom can lets you get close to an object, without your picture becoming a blurry mess.

It can also use information from its array of cameras (and some cunning software trickery) to achieve a 5x hybrid zoom, which looks pretty decent.

I also really enjoyed playing around with the monochrome mode. Leica is famed for its high-quality (but ultra-pricey) monochrome cameras, and some of that finesse comes into play here.

As a side note, Digital Trends’s Andy Boxall did an  amazing deep-dive of this feature. If you end up buying a P20 Pro, it’s absolutely worth a read.

The Huawei P20 Pro and Mate RS both take amazing photographs. As with any high-end phone, these devices come with premium pricetags. The base P20 Pro model comes with 6GB of RAM and 128GB of storage, and in Europe will set you back €899.

As for the Mate RS, well… I’d probably call your credit card company and ask for a limit extension.

Of course, the camera is just a small part of what makes a phone good. You can read the final verdict of the P20 Pro in the coming days, when my colleague Napier Lopez publishes his review.