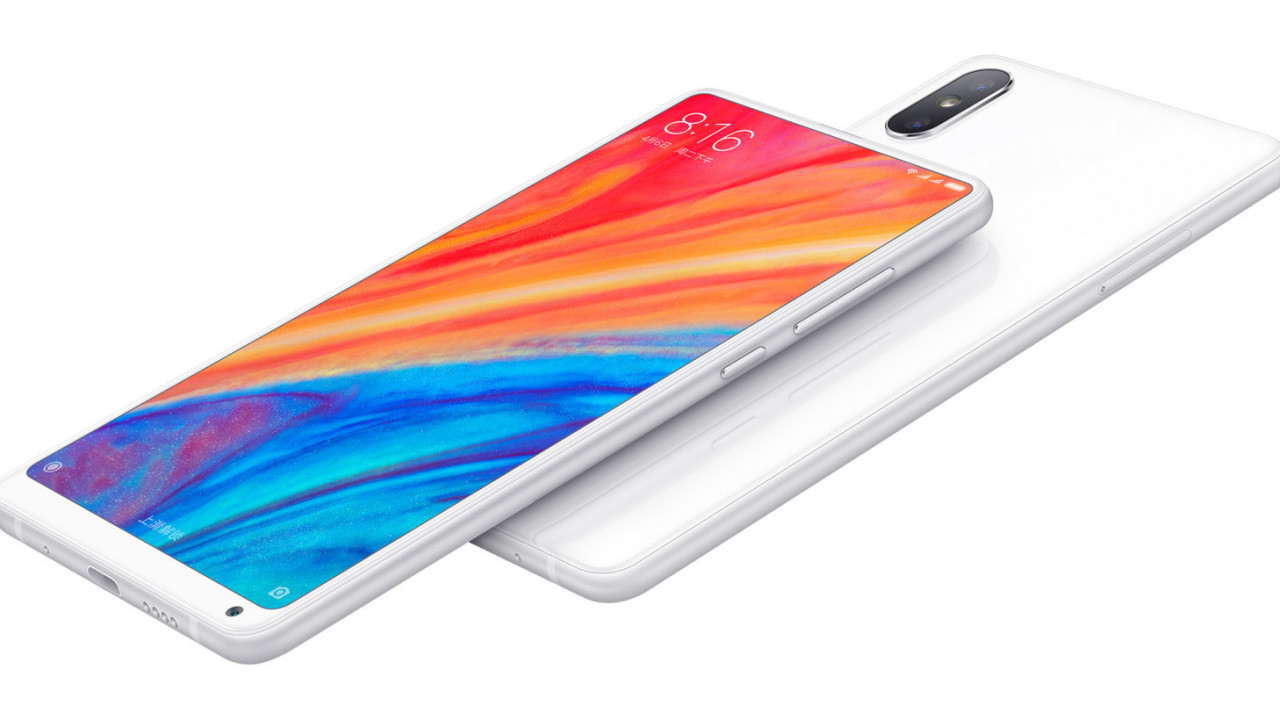 At an event in Shanghai today, Chinese hardware maker Xiaomi unveiled the Mi Mix 2S, the iterative follow-up to its impressive borderless Android handset from 2017 – and thankfully, it hasn’t gone the way of many other phone brands borrowing the iPhone X’s notch.

While the core bezel-less design that Xiaomi pioneered is essentially the same as the stunning Mi Mix 2, the 5.99-inch 2S has been upgraded with a faster processor, improved AI capabilities, and a powerful new camera system. And this time around, it comes in ceramic white, as well as ceramic black with 18K gold highlights.

You’ll find a vertically-stacked dual camera on the rear panel that’s reminiscent of the one on the iPhone X. It consists of two 12-megapixel shooters, one for wide and another for tele shooting, so you’ll get 2X optical zoom, as well as Portrait mode which allows for a high degree of depth of field to separate your subject in the foreground from the background.

The lack of dual cameras on the Mix 2 felt like a glaring omission on a high-end phone for 2017, so it’s nice to see this handsome device get better snappers to help it compete with newer handsets from rivals like Google and Samsung.

To that end, it features Sony’s IMX363 CMOS system and incorporates 1.4µm pixels to let in more light; there’s also optical image stabilization and what Xiaomi’s calling Dual Pixel autofocus for faster and more accurate faster and more accurate focusing than PDAF in low-light. The company also promises better noise reduction, and hence overall better low-light performance than the iPhone X – but throwing shade at Apple is par for the course with Xiaomi, so we’ll have to test this in the real world to confirm those claims.

The camera app also brings new features, such as the ability to change the size and shape of bokeh in the background, and even create dynamic bokeh for animated portrait GIFs with lights behind your subject in motion. It also offers AI-powered scene detection, so that the app will use the ideal settings to best capture whatever’s in your frame – be it food, landscapes, people, or presentation slides. Oh, and it can translate text and convert currencies on the fly when you point it at menus and brochures.

With that, the Mix 2S has earned a DxOMark photo score of 101, which is the same as the iPhone X. Overall, it earned 97, so it’s just a couple of points below the Google Pixel 2 and Samsung’s Galaxy S9 Plus.

Under the hood, you’ll find a Snapdragon 845 2.8Ghz chip, paired with an Adreno 630 GPU, and your choice of RAM and storage configurations that start at 6GB/64GB and go up to 8GB/256GB for the top-end version. It also supports face unlock and wireless charging (you’ll get a free charger with the high-end model), and users in China will be able to take advantage of Xiaomi’s own AI assistant to do things like the wake the screen, control Mi home appliances, take selfies, look up videos on streaming services, and search your photo album, all with your voice.

That makes the Mix 2S a force to reckon with – and its pricing sweetens the deal further. It starts at 3,299 RMB ($527) for the 6GB/64GB variant, while the 6GB/128GB version costs 3,599 RMB ($575); the top-of-the-line model with 8GB/256GB, a wireless charger, and global band support will set you back by 3,999 RMB ($640) – making it a fair bit cheaper than Google and Samsung’s latest flagships. Hopefully, the Mix 2S will be available in markets beyond China so we can all get a taste of that borderless goodness.