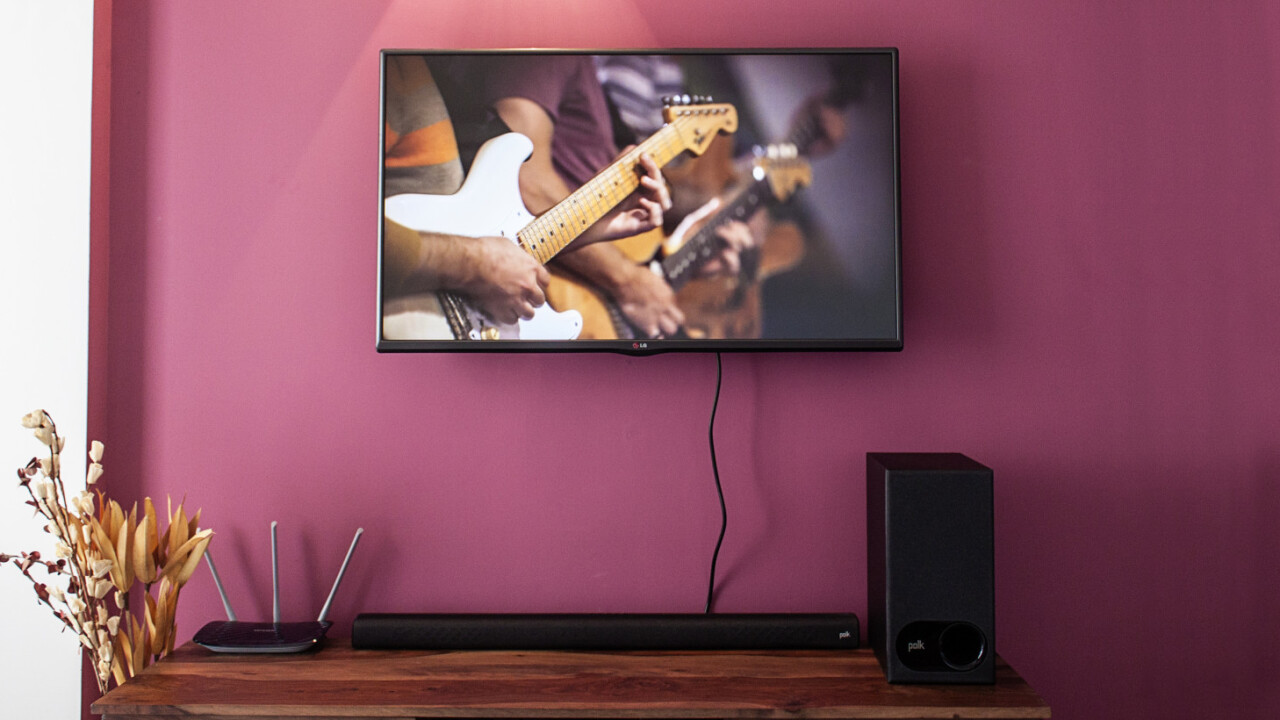 I think I lucked out when I bought my first TV a few years ago: the 43-inch LG LED TV that now graces my living room sounded decent enough that I didn’t rush out to buy an additional speaker.

But that was then, and this is now: having tested a bevy of audio equipment over the past couple of years, I’m now a bit more picky about the gear I use for listening to music and enjoying movies and TV with. And just when I was starting to feel that an upgrade to my TV’s sound was in order, Polk Audio sent over its Signa S1 soundbar.

The Baltimore, Maryland-based firm has been around some nearly 50 years and offers a wide range of audio products, from car speakers to home theater systems to headphones, and the Signa S1 is one of its more recent products, having been unveiled mid-2017 and become available toward the end of last year.

As with all soundbars, this is designed to pair with your television set – and it brings along a separate subwoofer unit to handle bass duties. Over the past three weeks, I was pleasantly surprised to discover that the S1 delivers on its promise of great sound in spades – especially when you consider the fact that it costs just $150. Here’s what you get for your money.

The form factor of soundbars restricts them to living rooms and home entertainment centers, and Polk Audio is hardly reinventing the wheel here. The S1 features a handsome black soundbar that’s 2 inches tall and 35 inches long (just under three feet), and a 13-inch tall wireless subwoofer that you’ll want to place on the ground, about 6-12 inches away from the wall and facing you.

Both components aren’t particularly remarkable in their design, but they’re nicely built and finished, and the soundbar’s controls (on the top of the speaker) and small selection of ports are easy to reach.

The S1 offers Dolby Digital 5.1 decoding for virtual surround sound, as well as three levels of what the company calls VoiceAdjust, which boosts the volume of spoken audio in whatever you’re watching, so it’s easier to follow dialogues.

You’ll also find a 3.5mm AUX jack, an Optical cable input, and Bluetooth connectivity. The subwoofer pairs quickly and painlessly, and only needs to be set up once (until you unplug it) to work with the soundbar.

I fired up a wide range of media via my TV and phone, and the Signa S1 sounded astonishingly good through the battery of tests. Handing off low-frequency audio to the roomy subwoofer allows the soundbar to deliver crisp, detailed sound, and allows for plenty of separation between instruments, voices, and environmental audio sources.

That means you’re able to clearly pick out quiet layers of effects-laden guitar work in Quicksand’s Interiors, grasp every word in Netflix’s recent British crime drama Collateral, and feel immersed in action games like the new Shadowgun Legends, as well as PlayerUnknown’s Battlegrounds.

While I can’t say I felt like I was literally surrounded by speakers, the Dolby Digital processing does make for sound that seems to envelop you.

I also gave the VoiceAdjust feature a go while watching shows and movies: it was rarely necessary, but worked as advertised when activated, boosting the volume of voices so they’re clearly audible over other audio in the mix.

It also gets surprisingly loud: my favorite way to demo the S1 is to turn on technical metallers Meshuggah’s crushing track, ‘Demiurge,’ which starts off with a snaky little melody before pinning you to the wall with heavy riffs when both extended-range guitars kick in along with the drums and bass – without getting gnarly and distorted in the least. The S1 easily fills my entire apartment with sound, so I can only ever push it to the max for a couple of minutes before the neighbors come round to see what the commotion’s about.

If you’re looking to upgrade your TV’s sound on a budget, you can’t go wrong with the S1. It sounds fantastic, is easy as pie to set up and use, and makes for a delightful listening experience, whether you’re watching a movie or spinning a new album.

You can find other soundbars that offer features like Google Cast connectivity or HDMI with Audio Return Channel for surround sound from multiple sources, but I honestly didn’t miss these much. Between its inputs and Bluetooth connectivity, you’ll be able to get plenty of use out of the Signa S1 beyond just enhancing audio from your TV.

My only gripe with this speaker set is that the Bluetooth range isn’t great. Other than that, it’s a solid choice for anyone who’s looking for a soundbar to pair with their TV. At this price, it’s hard to beat – though you might want to consider the highly recommended Vizio SB3621n-E8 set if you can’t find this on sale near you.

Find the Signa S1 on Amazon in the US, or on Polk Audio’s site.