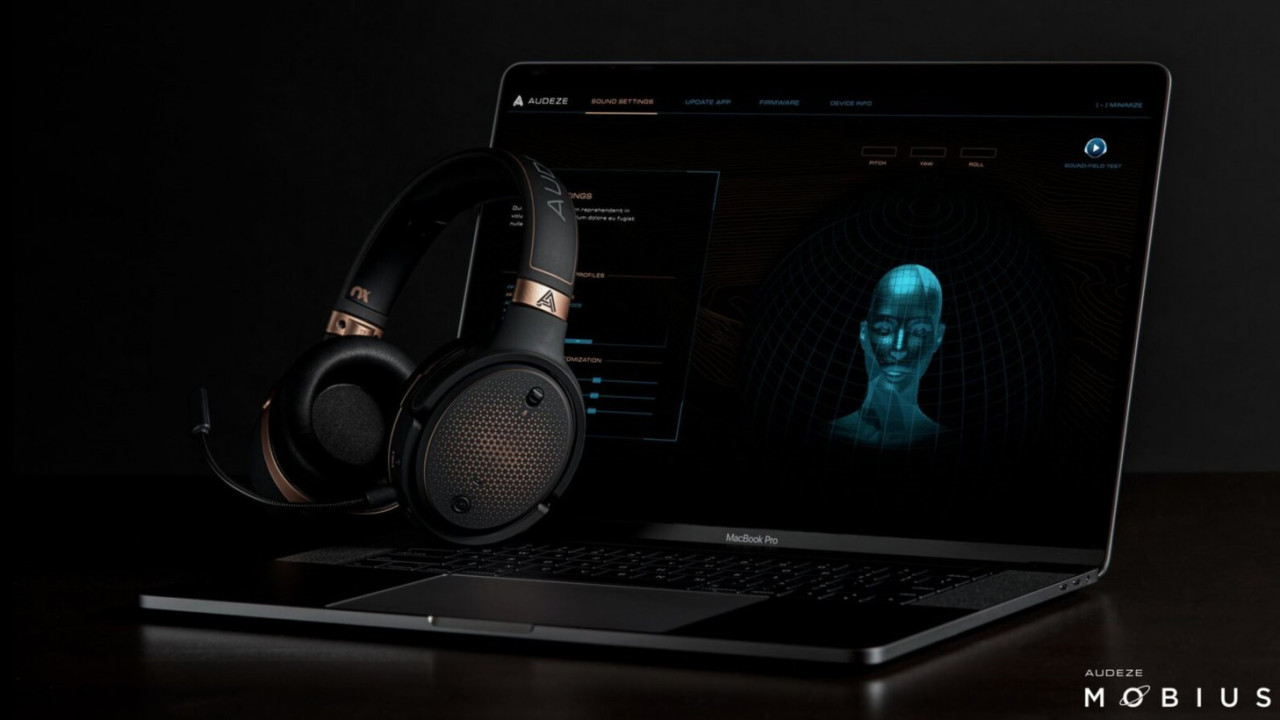 Audeze, a company best known for making premium headphones for audiophiles, is making its first foray into the gaming market with a headset called the Mobius. It’s packing some of the best 3D audio effects I’ve heard, all backed by Audeze’s hi-fi pedigree. It’ll cost $399 at retail, but pre-orders begin at $199 via an Indiegogo campaign.

I had the opportunity to test them, and there’s a whole lot to like. Like every other Audeze headphone, the Mobius uses planar magnetic drivers, which the company promises delivers audiophile-worthy sound to live up to its other products. It certainly sounded good in the 10 minutes or so I had to listen to them, though that’s not enough time to properly test any headphone.

But the real star of the show is the 3D audio, and more specifically, its ability to track your noggin. Most gaming headphones with surround effects built in simply try to create a wider soundstage with some positional cues. The problem with this  – and with all headphones, really – is that in real life, sound sources don’t move along with your head.

If you’re at a concert and turn your head right, you’ll hear more sound out of your left ear. The Mobius imitate this effect, and it makes for a much more convincing surround experience. It’s easy to set your ‘center’ point by pressing a button on the headset. You can also turn off the effect if you’re on the move or simply want the purest sound quality, although I was impressed with how little degradation there was with the effect turned on. You can also customize the algorithm to change the room size and better emulate your head shape for more realistic spatial cues.

Although Audeze is marketing the headset to gamers because of its positional audio, the company says its just the beginning of a larger foray into 3D audio. Audeze also made sure to make it interesting to other audio enthusiasts as well. The microphone is detachable, for one, and the headphone isn’t as gaudy as many gaming headsets. I’m particularly fond of the blue trim.

It’s also Bluetooth-enabled and features Sony’s LDAC codec for the highest wireless sound quality possible at up to 990 kbps. LDAC is supported by every Android phone on Oreo, but it supports Apple’s also-good AAC standard too. Battery life is rated at “10+” hours, and it charges via USB-C. Mercifully, it can be used with a 3.5mm cable as well.

The Mobius is one of the most interesting gaming headsets I’ve heard in years, and I can’t wait to spend more time with one for a full review. Audeze is opening up an Indiegogo campaign to gauge interest, but you won’t have to wait too long to receive them; the headphones are expected to begin shipping in June this year.