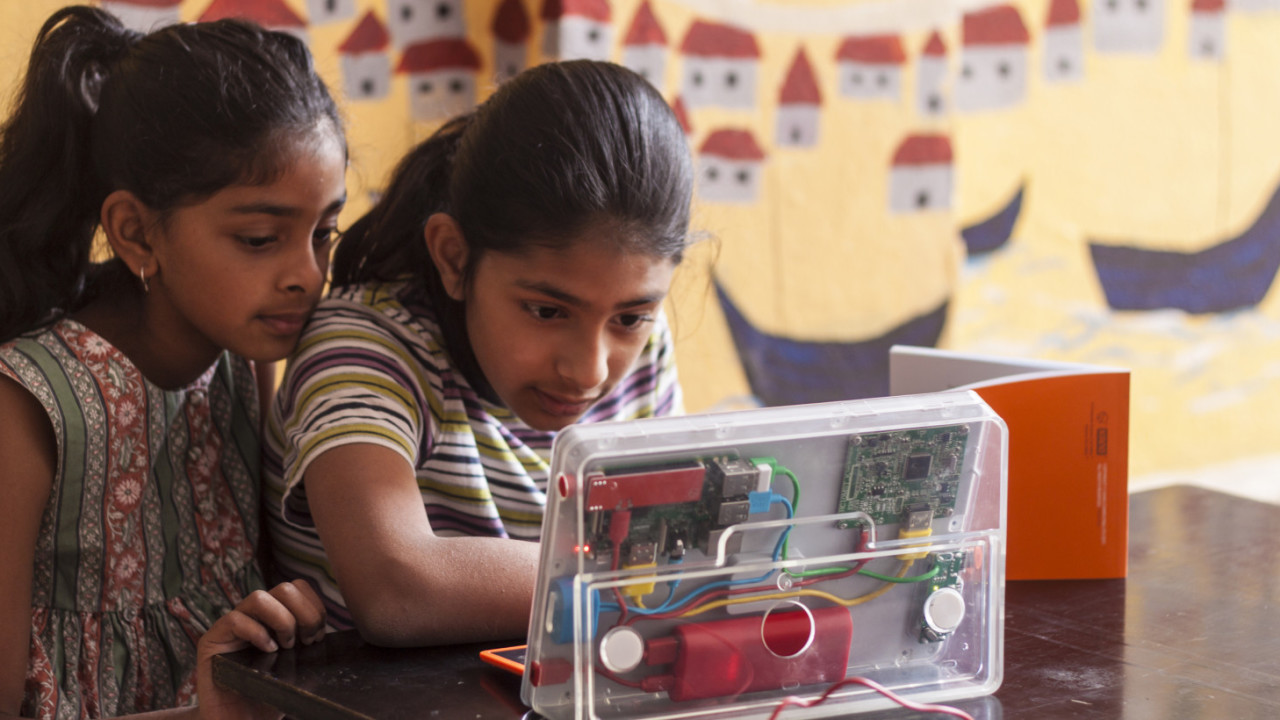 There are plenty of toys out there that promise to get children interested in computing, but the one I found especially intriguing last year was Kano’s Computer Kit. It’s a laptop you put together yourself, and it’s loaded with custom software to entertain and teach your young ones about coding, as well as to help them get online.

When I received a sample unit last month, I tried it out with a friend, and we had a delightful time assembling the kit and playing with Kano OS. However, we’re easily distracted by colorful gadgets, and so I decided that we needed some help from people in the know for a more objective review. That’s why I got in touch with 11-year-old Keya Ikareth and her 8-year-old sister, Mahi Ikareth; they’ve been children their entire lives, and know a thing or two about what kids are into. So, without further ado, here’s our powers combined in reviewing the Kano Kit.

Kano’s kit is designed around a Raspberry Pi 3, which serves as the ‘brain’ of the computer; it’s meant to be fitted onto a plastic board along with a number of other components, connected using color-coded cables that route neatly and make for a beautiful gizmo that’s as nice to look at as it is fun to build, thanks to its transparent plastic housing.

Once you’ve put it all together, you can position the computer upright on a desk or on its back on the ground, with the 10-inch HD screen facing upwards. A bright orange keyboard with a built-in trackpad lets you interact with the Kano OS, get to grips with the terminal-style setup screen, move your avatar around the virtual world in Story Mode, play games, and code your first programs. The whole package is beautifully designed, from the components to the instruction manual to the friendly software.

The girls, who are homeschooled and spend a budgeted amount of time each day with gadgets, easily outpaced my grown-up friend and I when it came to assembling the Kano computer. After setting things up while I was around, they took it home for a couple of days and managed to squeeze in some screen time in between schoolwork, piano lessons, and basketball practice.

Once you’ve got everything set up, the computer comes alive with Kano OS, which is a Linux-based platform that comes bundled with a bunch of apps, including a web browser, games that you can reprogram, programming interfaces for simple languages like Scratch, and a gamified Story Mode that sees you explore everything that the OS has to offer, with a customizable avatar.

Keya and Mahi immediately took to Pong and Minecraft, and quickly learned to change certain aspects of the games to make them a bit more interesting. However, they noted that it was a bit cumbersome to get started with coding; that might have been my fault, as I’d completed a few sessions myself, and couldn’t find a way to reset things.

That didn’t stop them from spending as much time as they could spare with the Kano while they were home and done with classes. They mentioned that several friends, including those who frequently played games on phones and tablets, also enjoyed having a go when they came over to visit.

Kano’s Computer Kit Complete is a compelling offering for kids of varying degrees of interest in computing. Between getting children used to handling hardware components, learning how they work, introducing them to fun software and giving them a peek behind the scenes, it redefines the idea of ‘learning to code.’

At $116 and up, it’s a bit pricier than some other offerings, and certainly a whole lot more than you’d pay for desktop and mobile apps (you can even download Kano OS for free and install it on a Mac or PC) – but with its fantastic build quality and a chance for kids to assemble their own computer, the well appointed kit is well worth more than the sum of its parts.

However, although the box says that the kit is suitable for children aged six and above, it seemed to me that it might get more use in the hands of young coders-to-be who are perhaps a couple of years older. Regardless of when they start, they can certainly get a couple of years of fun and learning out of it, and that seems worth the asking price.

Find the Kano over on Amazon, with prices starting at $116.