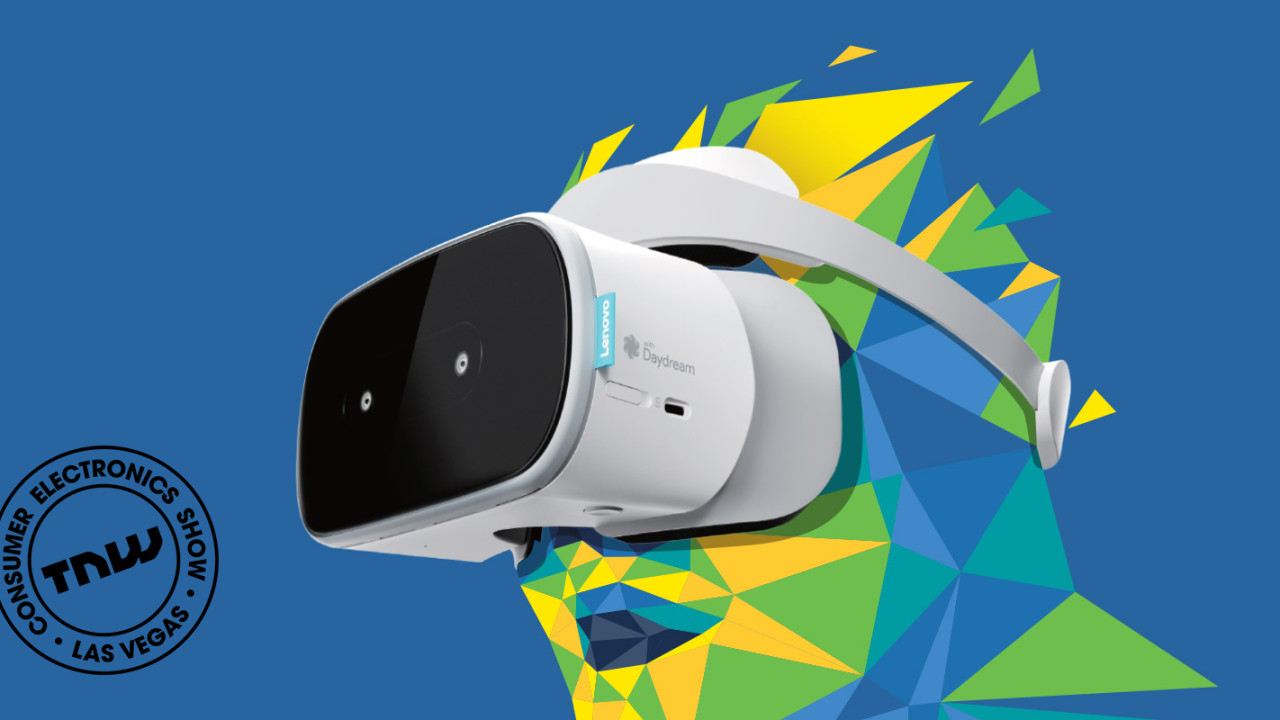 While Google was quicker than other tech firms to bring virtual reality to phones a few years ago with its Cardboard initiative, interest in mobile VR seems to have dropped off lately. The company is hoping to drum up excitement again by partnering with gadget makers to launch standalone VR headsets that not only work without phones, but also promise more immersive experiences with its Daydream platform.

Lenovo and Yi are the first brands to team up with Google this time around; the former has just unveiled its Mirage Solo headset. It comes with WorldSense technology that tracks your head movement and mirrors it in virtual spaces, so you can not only look around by turning your head, but also duck incoming fire, bank to either side in your vehicle, and jump over obstacles – actions which would previously have required external sensors and wiring.

As with Google’s own Daydream headset, the Mirage Solo comes with a wireless controller for additional control in experiences, and for navigating the Daydream app ecosystem (which includes apps like YouTube VR and Google Street View).

Oh, and since it doesn’t connect to your phone, you won’t run out of juice by the time you’re done with a VR game. The Mirage Solo boasts seven hours of battery life. Lenovo says that it’s designed the headset’s straps to better balance the weight of the device and to allow for easy size adjustments, so you might actually care to use it for long VR sessions.

The launch comes at an interesting time: HTC recently launched its Vive Focus standalone headset for China, and took to CES to show off the high-end Vive Pro. Plus, Facebook-owned Oculus has partnered with Chinese manufacturer Xiaomi to build its $200 Oculus Go. While Lenovo’s offering features a Snapdragon 835 processor that’s more common in today’s phones, HTC’s headsets are designed to deliver higher fidelity graphics at high resolutions.

What’s still unclear is just who these devices are for: VR still feels like a new frontier that hasn’t yet fully captured the attention of casual mobile gamers or those who prefer consoles and PCs. There’s also the question of pricing; Lenovo hasn’t specified what the Mirage Solo will cost, so it’s hard to say whether this is ideal as a gift for someone who’s never tried VR before, or a must-buy for VR enthusiasts who want to untether their phones from their older headsets.

The tech is improving and problems like being tied down with cables are being solved rapidly, but the challenge of getting people to make a habit of entering VR is a whole different ball game. Let’s see if Google can score with its new standalone gear when it becomes available in the second quarter of this year.