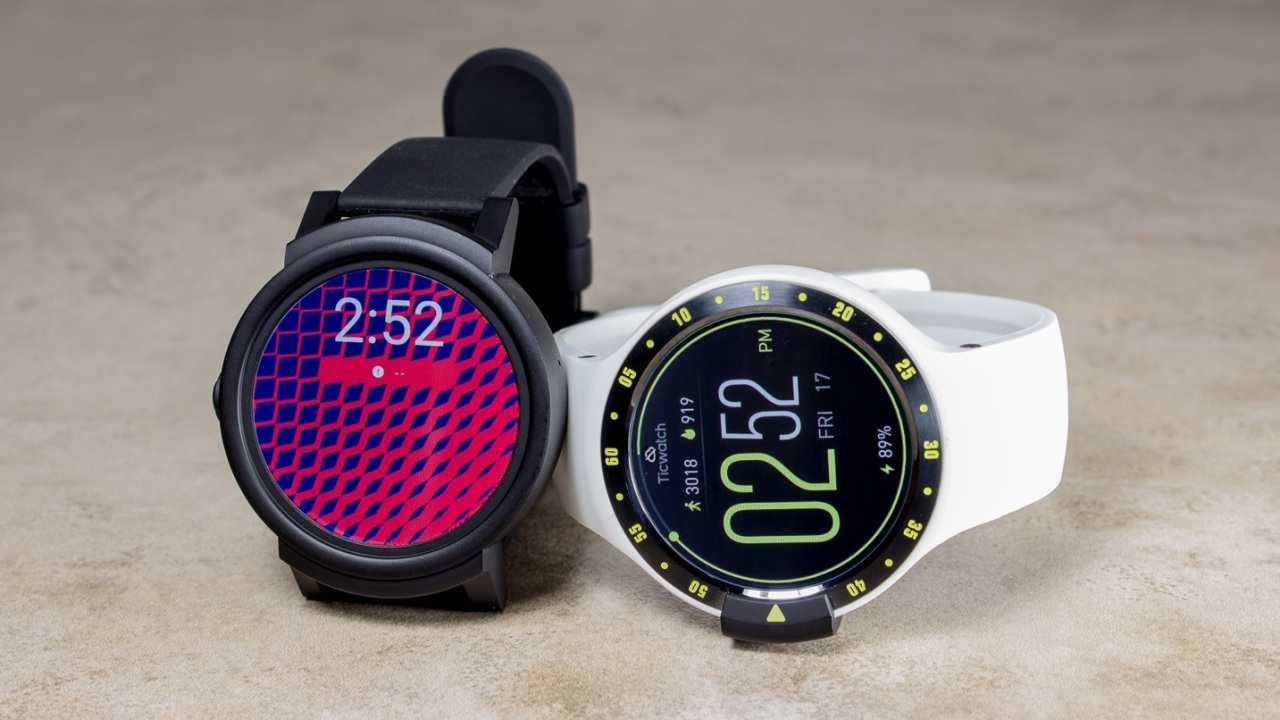 Mobvoi recently released its newest Kickstarter-fueled smartwatches for retail in the Ticwatch S (sport) and Ticwatch E (express). Both devices run Android Wear 2.0, which gives them a ton of features thanks to Google’s excellent software – but what makes them special is the hardware.

If you aren’t familiar with Mobvoi don’t feel bad, I wasn’t either until I checked out its splash-proof smart speaker. The device impressed me enough that I wanted the chance to check out the company’s other smart devices.

So I got my hands on both of its new smartwatches and found plenty to like about each one.

As you can see Mobvoi didn’t break the mold with either device, or try to create something different just to draw attention. The Sport edition looks a little like a Huawei Watch 2 and the Express is reminiscent of an LG Sport — both are good things.

Let’s be honest also: there’s only so much you can do with a smart watch design-wise, and if you don’t prefer square, then you’ve got a couple choices for under $200 here – and the Ticwatch S and E both appeal to me for different reasons.

When I opened the review units I was immediately drawn to the Sport. To be fair, I’m sick of black electronics, so it had me the moment I saw its coloring, which is called “Glacier.”

And I’m always complaining that designers don’t toss enough color into devices – I get that black and white are safe, but a little variance goes a long way – thus I was overjoyed by neon green/yellow numbers on the diver’s bezel.

The express looks great too, don’t get me wrong. So great, in fact, that my fiancée immediately wanted one.

Which brings me to a point in favor of both models: they’re pretty much unisex. The S comes in at 45mm in diameter while the E is 44mm, not much difference between the two. Both devices are androgynous, if you ask me.

I like the color options, which despite names like “Knight” and “Glacier” are really just black, white, and a very cool neon green/yellow color — more would still be better.

It is also worth mentioning the band on the E can be replaced, but the S isn’t designed to be swapped out.

When it comes to form they score pretty high marks in my book — and they function equally well.

Since both have nearly the same hardware, there’s no need to differentiate between the two when it comes to performance (the only exception is the GPS sensor is located in the case of the E, and the band of the S).

After using Ticwatch I’m impressed with how fast it is. I’m inclined to credit Google’s Android Wear 2.0 with the majority of it’s smoothness, but Mobvoi obviously knows how to make a smartwatch do what it’s supposed to.

I love the responsiveness of the built-in microphone; I don’t have to go all James Bond with my hand up to my face to use the “OK Google” voice command.

And the internal speaker is good enough to listen to your music with, it’s not going to drop your jaw but it’s a cool capability to have. Plus you’re always just a tap away from casting your Google Play music to any other Google-ready smart device, with your watch as a remote control.

The screen is big enough at 1.4 inches for me to read Tweets on. I even responded to some text messages with its touch keyboard and my big dumb sailor hands had absolutely no problem mashing out grammatically correct responses.

Ticwatch didn’t manage to find any way to disappoint me. In the course of wearing and testing the devices I treated them the same as any other watch I’d worn, smart or otherwise. At every turn they were up to the task.

I was expecting some hiccups. The combination of Mobvoi using Android Wear 2.0 for the first time (its previous devices ran a proprietary OS) and hardware that was funded on Kickstarter, had me thinking there was a high likelihood the water would be choppy. But surprisingly I didn’t suffer any freezing or require any restarts with either device. Using both was an experience in smooth sailing.

Both of the new Ticwatch smartwatches are worthy competitors in the $100-$200 smartwatch arena, and if you don’t need 4G connectivity these are definitely worth consideration.

I like the style, I love the color choices, and I’m a big fan of the price. Ticwatch S retails at $199 and Ticwatch E will cost you $159.