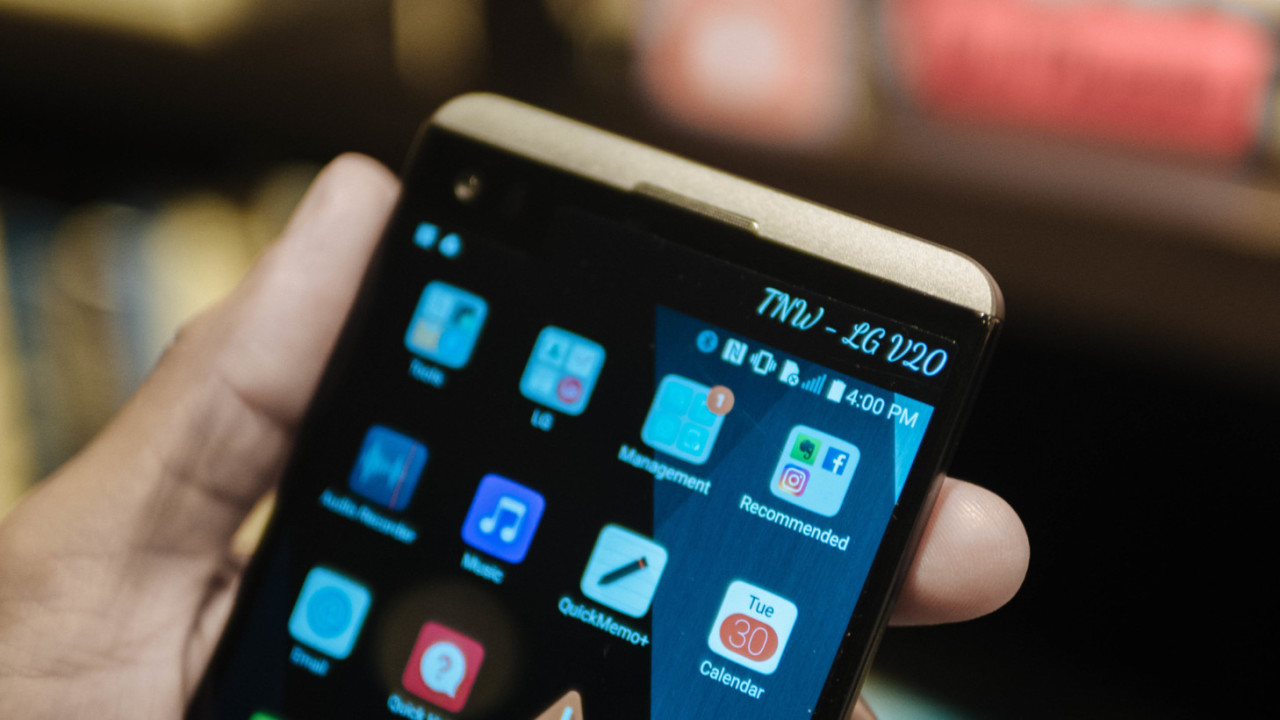 LG’s V10 and V20 were defined by their secondary display, but it seems the company is abandoning that trademark feature this time around.

Not that it’s all that surprising. Reliable leaker @OnLeaks had previously provided some device renders suggesting that might be the case, and yesterday he tweeted an image that appears to be taken from the LG V30’s manual.

In addition to my previous #LGV30 leak, just a little extract from its user manual… pic.twitter.com/6UYjBHwv4I

According to Android Authority, LG is dropping the secondary screen in favor of a “floating bar” that replicates the functionality. Frankly, I’m all for it. As much as I loved the second screen on the V10 and V20, there’s no reason its functionality can’t be replicated in the software. I always wished the second screen were at the bottom, so I could access its features more easily; the floating bar sounds like it would effectively do that.

More notable for the photographers out there, a report by Android Authority suggests the device will feature a F/1.6 aperture on at least one of its cameras, making it the first smartphone with a lens so bright. That bodes well for low light performance, as well as nicer shallow depth of field. The device is also said to bring a 6-inch display, as well as an IP68 waterproof build and a similar metal-and-glass design to the G6.

The V30 is rumored to be announced near the end of August, so we’ll find out soon enough.