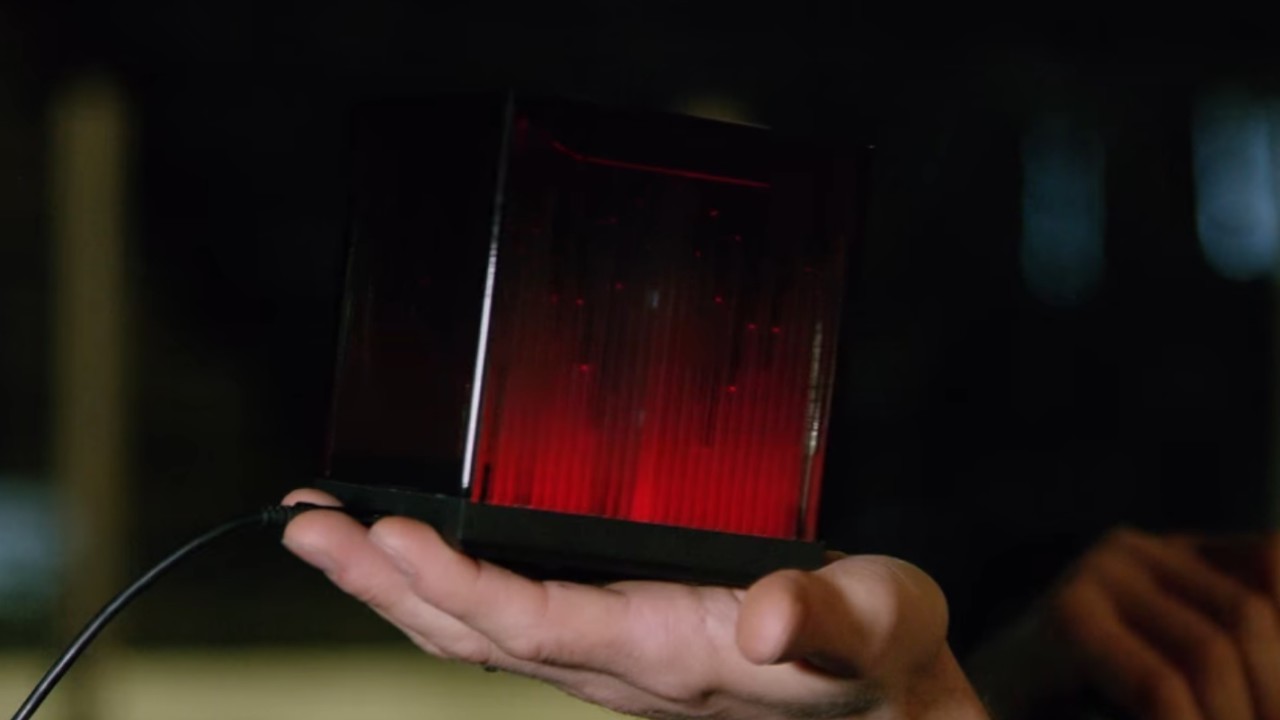 At an exclusive unboxing at the LTX event last week, AMD showed off some of its newest hardware. The meat of the reveal was a sneak peak at its latest graphics card, the Radeon RX Vega. The Vega is very powerful and pretty, and can go toe-to-toe with Nvidia chips in powerful gaming PCs — yes, very nice, golf clap.

But alongside the Vega, the company revealed a mysterious black box which captured my attention far more. Apparently called a “holocube,” it’s a small holographic display which flashes words and symbols in AMD red.

The show’s technicians and host Linus Sebastian unveiled the cube with all the reverence the Avengers reserved for the Tesseract. They didn’t make the display sound particularly impressive, as they said it will display images “if there’s a driver update, or a new game you wanna play, or if your DVR capture is on.”

But what could it actually do? Could it — for example — give me notifications on Steam achievements? Display the news? Let me play Tetris?

Whatever the Holocube does, exactly, AMD was quick to point out that it’s not planning to release it to the public. It said to Motherboard:

AMD appreciates the excitement and curiosity surrounding the Radeon Holocube. The Radeon Holocube was developed as a prototype and at this time, it is one of very few that exist in the world. The Holocube will not be shipping with Radeon RX Vega in August.

Which begs the question: Why show off the darned thing? I can only assume it’s something that will eventually be more widely-available. I’m no AMD loyalist, but I admit: I want one.