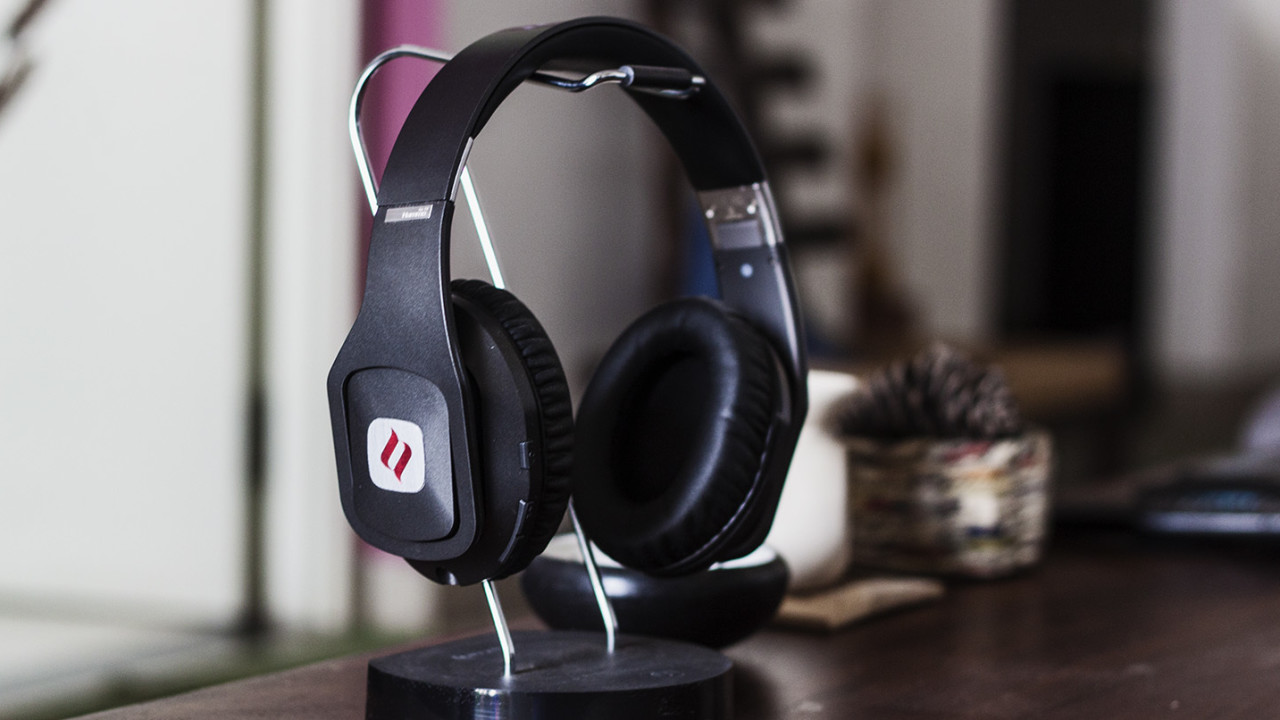 Wireless headphones aren’t new, but it’s interesting to note that the majority of them available today are designed for use only with Bluetooth-enabled devices. That means you can’t use them with most TVs on the market – and that if you live with your partner, your family or roommates, you’re stuck watching videos only on your miniscule phone even when you have a massive screen at your disposal.

Australian audio gear maker Noontec has an elegant solution in the form of its Hammo headphones, which are designed specifically for use with your TV. The circumaural set comes with everything you need to tune into audio from your set, does a decent job of delivering audio, and doesn’t break the bank.

What makes a pair of headphones TV-friendly, you ask? For starters, you’ll need to be able to get an audio signal from the TV, and Noontec takes care of that by bundling two cables: one with 3.5mm jacks at both ends, and another with two RCA jacks for stereo audio output. Either of these then plug into an elegant, compact plastic base station that doubles as a stand for the headphones when they’re not in use. Oh, and they make the ‘phones look pretty neat on your entertainment unit, too.

The headphones themselves are wireless and, the base station, which is plugged into a wall socket, has a free USB port for charging the set without taking up an additional outlet.

The headphones themselves are rather plasticky and plainly designed, save for a nice brushed-aluminum-style emblem on the outside of each earcup. That being said, they’re surprisingly comfortable and I had no trouble wearing them for hours on end watching reruns of Brooklyn Nine-Nine – and falling asleep too.

Let’s start with the bad news: the wireless headphones aren’t the best you’ll ever use, not by a long shot. Low-frequency audio such as explosions and gunfire tend to distort a bit, even before you’ve pushed the volume to the max. The same goes for bass in music – including tame R&B and soul tracks.

In addition, the sound profile isn’t tuned to create an enveloping effect of any sort, so your experience probably won’t be as immersive as when you’ve got a decent set of speakers handling audio for your TV. It’s disappointing that the headphones’ internal audio components seem to be at fault, because that’s not something you can fix by adjusting the position of the base station.

That being said, they’re good at handling scenes filled with dialogue and background music, so you should be able to enjoy a fairly wide variety of TV, movies and YouTube videos without much of an issue. I also never had problems with lag or audio messing up because of the wireless connection.

As for range, Noontec says its set works up to 10m away from the base. I had no trouble making myself a snack in the kitchen or washing up in the bathroom several feet away: the audio only began to break up when I headed out the front door, past several walls and about 8m away.

The company also claims up to 50 hours of battery life on a single charge; I couldn’t test that claim entirely, but I did notice that I didn’t have to charge them a second time over the course of three weeks.

Should you buy the Hammo TV headphones?

If you share a small home and stay up late watching TV, this is a neat solution to keep from disturbing people who live with you while you catch up on your viewing queue. The Hammo TV kit comes with everything for a discreet audio setup in your living room for a reasonable price.

However, if you’re the least bit particular about audio, you might want to consider other options, like plugging in a Bluetooth transmitter to your TV and pairing it with a decent set of wireless headphones. This transmitter from TaoTronics comes in at under $30, and so does this solid pair of Bluetooth headphones from Meelectronics that I’ve personally tested and enjoyed using extensively. Of course, this isn’t as neat and tidy as having a stand to rest and charge your headphones on.

I’d recommend the Hammo TV far more strongly if its audio output was just a bit better. As things stand, the headphones are the worst sounding pair I’ve used in several years. If that’s somehow not an issue for you, find them on Amazon for $120.