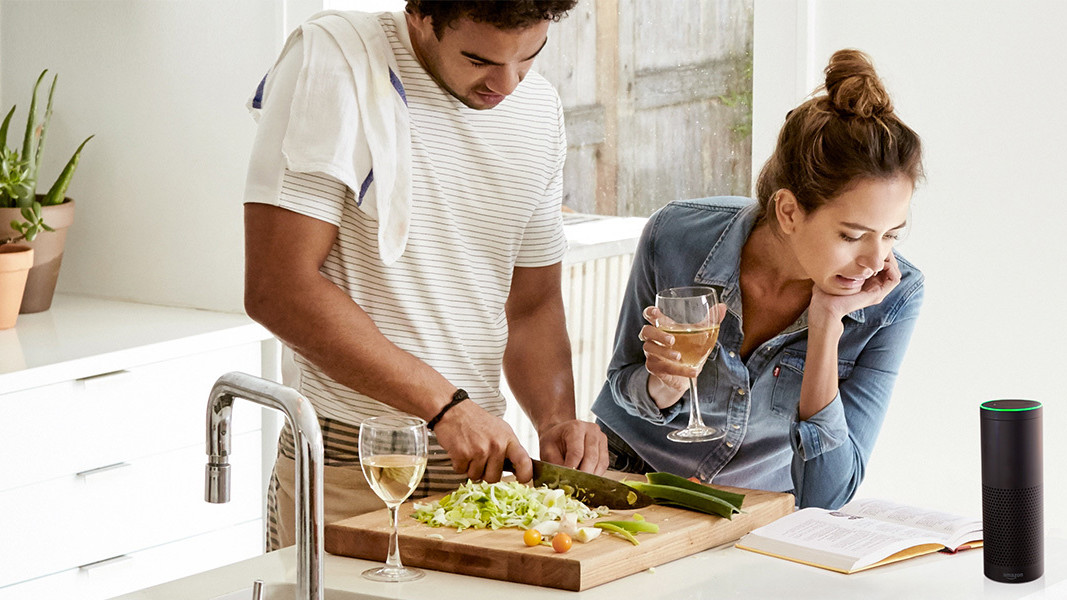 Along with the launch of its touchscreen-equipped Echo Show, Amazon is introducing a free voice calling and voice messaging service that you can use to chat with other Echo users.

You can use your voice to command Alexa to call someone or hang up, record and send audio messages, and have the assistant play back messages left for you.

The upcoming feature (which is expected to roll out today) works on the Echo, Echo Dot and Echo Show (the Echo Tap isn’t supported as it requires you to push a button to invoke Alexa). You can also call people if they have the Alexa app for Android or iOS.

Echo Show users can additionally use a feature called Drop In to ‘force’ a video call. Amazon says it’ll come in handy ‘when you want to drop in to check on an elderly relative, let the family know it’s time for dinner, or check on the baby in the nursery.’

Of course, your contacts will have to grant you access before you can show up on their screen unannounced, and they’ll have 10 seconds to reject the call before your ‘frosted-glass view’ clears up or switch the call to allow audio only.

It’s an interesting move for Amazon for a number of reasons. It’s now going up against other voice calling services with a feature that almost none of its rivals can match: the ability to start or accept a call hands-free from anywhere in the room, without having to touch or hold on to a physical device.

At the same time, it’s presently restricted to conversations between Echo owners. Sure, the Alexa mobile app will work too, but who’s really going to download it unless they have a speaker to go with it?

That being said, the feature does make the Echo lineup a more interesting proposition than rival speakers from Google and Microsoft. Neither of those support calls yet, and Amazon’s offering is the most popular option by a mile.