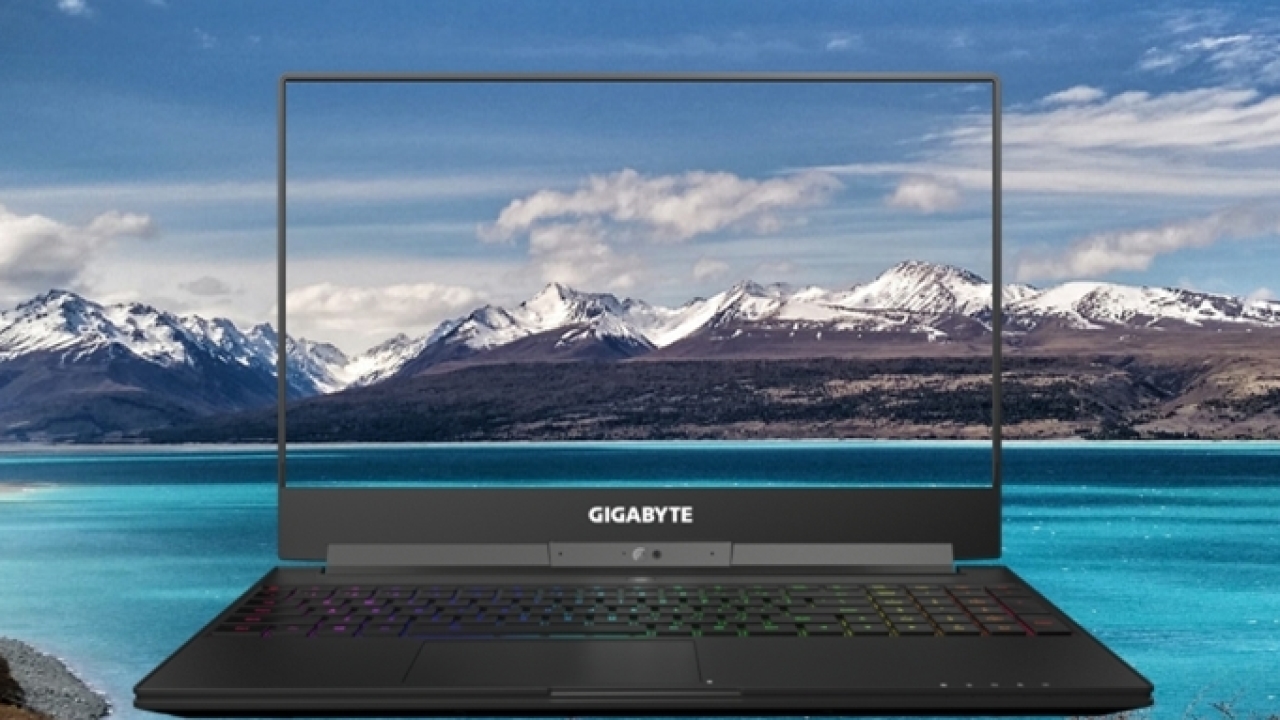 Gigabyte isn’t particularly well known for its computers. The Taiwanese titan has earned a name for itself in components, like motherboards and graphics cards. But if its new (and enticing) Aero 15 machine is anything to go by, that might soon change.

The Gigabyte Aero 15 is a prosumer laptop, albeit with gaming credentials that promise to handle any titles you throw at it. But it doesn’t look like a gaming machine.

It’s not big and bulky. You won’t need a reinforced backpack (or, indeed, a reinforced back) to carry it. As the name suggests, the Aero 15 is light and svelte. It packs a 15.6-inch display into a 14-inch chassis, similar to the Infinity Edge displays found on the Dell’s XPS laptops. At its thickest point, it’s just 19.9mm, and weighs 2.1KG.

This puts it at odds with the Razer Blade, which similarly walks that notoriously difficult tightrope between performance and portability.

Gigabyte is eager to tout the Aero 15’s display, which is calibrated with the technology provided by X-Rite Pantone. Apparently, this will ensure that the machine is consistent when it comes to how it displays colors, which is vital for those who do a lot of video and photo editing. It’s not immediately obvious what it’ll mean for gamers, however.

When it comes to performance, it’s hardly groundbreaking, but also not a slouch. It packs a Kaby Lake Core i7-770HQ, backed up with an NVIDIA GeForce GTX 1060. If gaming isn’t your thing, it’ll easily be able to handle most VR applications.

It also packs a customizable, LED backlit keyboard, which supports 16.8 million colors per-key. You can modify this with the pre-installed Gigabyte Fusion application to set certain keys to illuminate depending on what you’re doing.

You can pick one up from today for just $1,899. The Aero 15 comes in three different colors – black, lime green, and a garish high-visibility jacket orange.