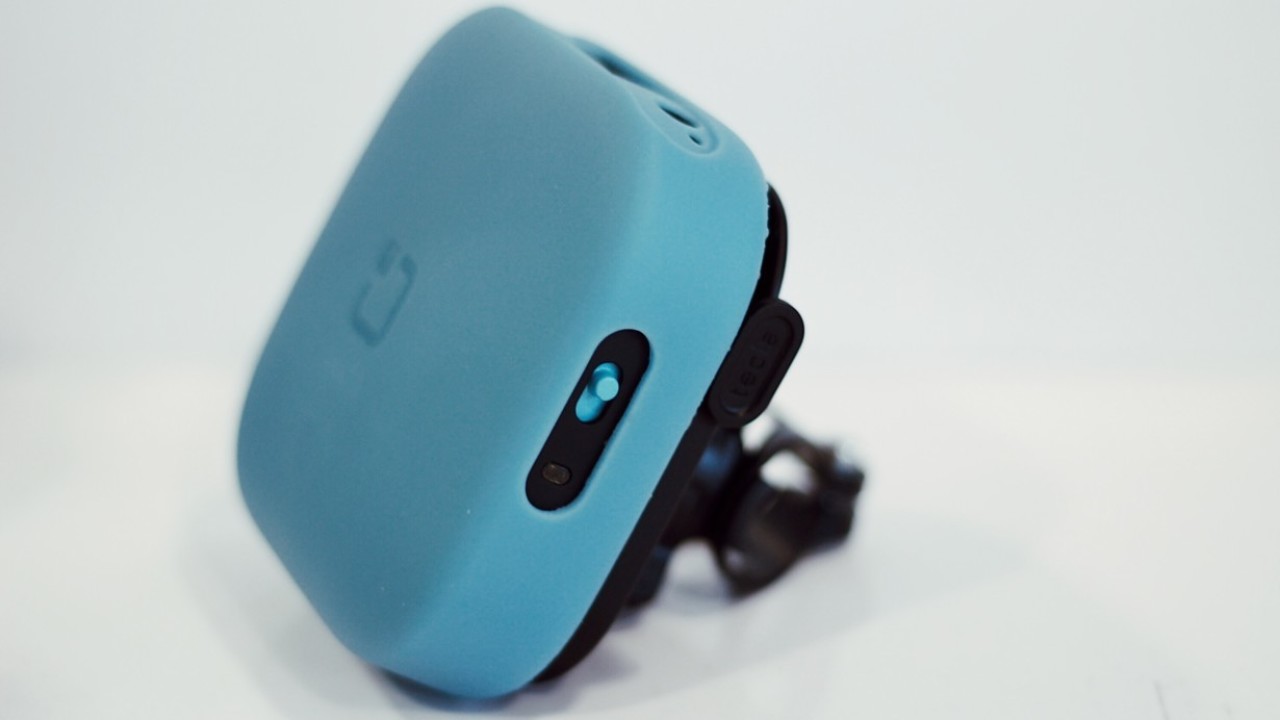 There’s a quiet, yet fundamental dignity in being able to do things for yourself. It’s something you don’t really notice until it’s gone. Take something as simple as using a smartphone. These aren’t just communications devices – they’re a true Pandora’s Box of secrets. We use them to traverse our interpersonal relationships. They’re where we work. Where we date. You get the idea.

Imagine if you suffered a significant accident that cost you the use of your arms. A car accident, perhaps. Consider what life would be like if you couldn’t write a tweet, or swipe right on Tinder without the assistance of an intermediary.

Working in a Toronto spinal clinic, Tecla founder and CEO Mauricio Meza regularly saw people’s lives changed in this manner. And after the launch of the iPhone, he started to contemplate how best to bridge the gap between these now-ubiquitous mobile devices, and those suffering from acute mobility issues.

This resulted in Tecla – a product that allows anyone with limited upper-body mobility to use touchscreen interfaces. The device – which first launched in 2012, and is now on its third iteration – works with phones and tablets running iOS.

Reflecting the variety of ways mobility issues can manifest themselves, the device supports several different input methods. Users can, for example, use the controls mounted on their wheelchairs. They can also blow into a tube, or use eye movement.

Tecla’s beginnings were humble, explains Meza: “The first version was based on Arduino with its own shield that connected to the wheelchair or switches. We used rapid prototyping techniques to create an enclosure with acrylic sheets. We assembled the product, and manufactured it in small quantities.”

The first version was an on-screen overlay that ran on Android devices. Support for iOS came later, spurred by a lack of device fragmentation, and increasingly mature assistive features.

Meza trialled Tecla at several rehab hospitals in Canada, both pediatric and adult, where he gained valuable feedback.

One lesson learned was that his initial assumption – that people used the device from either their beds or wheelchairs, and therefore had access to a constant power supply — wasn’t always true. Either way, the wheelchair marketplace is fragmented, with manufacturers using a variety of plugs and standards.

Therefore, the second version came with its own built-in power supply, as well as a mounting system that works on most wheelchairs.

Perhaps what’s most interesting about Tecla is that it’s unlike most assistive technology products. Tecla is elegant – easily as attractive and usable as any piece of smart home tech you’d pick up in Best Buy.

Scrapping the clinical look, Tecla looks like a product you’d buy yourself. And it’s affordable; the first iteration, the Tecla UNO, sold for $289.

The second edition, Tecla Dos, retailed for a bit more at $349. Much of the increase, however, was due to the included battery and mounting system.

This is huge. It means that anyone who wants it can get it. They won’t have to wrestle with notoriously tight-fisted insurance companies, or apply for funding from philanthropic organizations.

The company’s upcoming effort, the Tecla-e will be its most significant yet. Unlike previous versions, it allows users to gracefully switch between different iDevices.

Over a stuttering Skype call, Meza demonstrated how, by using the head switches on a wheelchair, someone could move between an Apple TV, an iPhone, and an iPad.

It was graceful, and it was fluid. Above all, it was incredibly gratifying to see how easy someone suffering from mobility issues could use the tech we take for granted.

Tecla-e also works like a smart home software hub, and can connect to internet of things (IoT) devices that use Logitech Harmony Hub and IFTTT. This will allow users to control home appliances, like thermostats and light bulbs.

It also includes a 3G radio, which allows a caregiver to remotely monitor the user. This lets them check on the user’s wellbeing without being physically present.

Pre-orders for the device in April. Meza explained that in the run up to its launch, it trialled the Tecla-e in the real world, with two beta testers currently using the device in Toronto. I spoke to one.

After Carolyn Pioro snapped her spine in a freak accident, the former circus performer met Mauricio Meza in the same Toronto spinal rehab center where he worked, and where she was a patient.

Her injury means she has no movement below the shoulder. Her injury, which she sustained in 2005 after a trapeze stunt went horribly awry, meant she missed much of the nascent stages of the smartphone and tablet era. Through her relationship with Meza, she became an early user of Tecla, and it changed her life for good.

“I started using Tecla three versions ago. The device wasn’t intimidating, but it had a bit of a learning curve because I’d been so disconnected from smartphones. I was super keen to start getting emails and texts. It was almost a bit like learning a video game.”

With the Tecla-e, she is able to gracefully use her iPad and iPhone 6 Plus, which she switches between using her wheelchair drive control.

When I asked Carolyn about her favorite apps, she whittled off a list that should be familiar to everyone, “I use Tecla for Gmail, texting, dialing numbers, playing solitaire when I want to avoid people,” she laughed. “Google Play Books for reading. Dropbox. Netflix. I’ve got an app that can restart my laptop and desktop through my phone.”

“The more grounded and connected I am, the better my quality of life.”