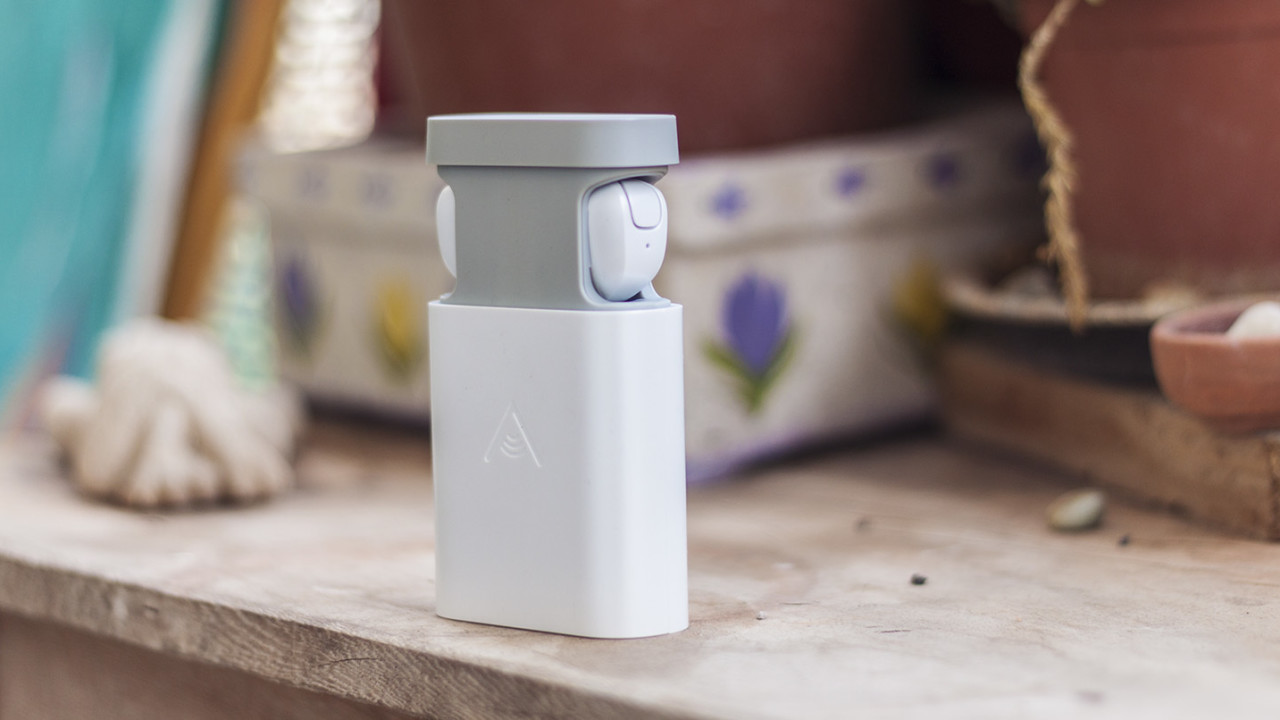 With its new Skybuds Bluetooth earphones, the folks at Alpha Audiotronics aim to offer a complete package for wireless warriors. The $200 set includes headphones and a sleek carrying case that not only holds and charges the buds when plugged into a socket, but also juices them up on the go.

But is that enough to warrant a higher price point than most true wireless buds on the market, including those from Apple, Samsung, Sol Republic and Bragi? I put these babies to the test over the past few weeks to find out.

The Skybuds come in a sleek plastic carrying case that resembles a compact power bank and doubles as a charger – both when plugged into a power socket and when you’re on the go, thanks to a built-in battery.

The buds themselves feature a rather chunky profile. You need to place them in your ears and then twist and lock them in place to ensure a snug fit. While they weren’t ever painful, I couldn’t seem to get them to stay put, even after trying multiple earbud sizes. I didn’t have this sort of trouble with other sets like the Bragi Headphone.

There’s a single large button on each bud, and the pair’s controls are divided between the two. I’m not a fan of this design choice, particularly because I often accidentally pressed these buttons while adjusting the earphones or putting them on.

I also didn’t care much for the bulbous-looking buds. They stick out a fair bit and aren’t the most discreet set you can find on the market – particularly the white ones.

Alpha has packed a bunch of useful features into the Skybuds that should delight gadget aficionados. The Skydock carrying case has its own battery, so it can charge your buds while you’re not using them, even if it’s not plugged in – a boon for travelers and commuters on long trips.

Connecting your phone to the buds via Bluetooth will allow you to use the Skybuds’ basic functions, but you’ll want to download the app so you can check battery levels and find your earphones with a sonar-style detector that tells you how near or far you are from them. GPS-based location isn’t supported yet, but the company says that’s in the works.

You can also engage Awareness, which lets you hear sounds from your surroundings without having to pause your music or take your buds out of your ears. There are two modes: one waits for when your music is paused, the other simply stays on until you deactivate it. This works pretty well for when you need to talk to someone in person or if you just want to be able to hear traffic around you while riding your bike.

I wasn’t thoroughly impressed by the audio quality on the Skybuds. It’s fine for podcasts and audiobooks, as well as minimally produced pop and soul (I’m currently hooked on Bruno Mars and Sampha).

But when you venture into rock and metal stylings like tracks by Tesseract and Deftones, the lack of powerful bass, coupled with tinny treble make for a less-than-stellar listening experience.

Having said that, these headphones were comfortable enough to wear for hours on end without ever feeling a strain on your ears. My only gripe is that they tended to come loose a bit while I was at the gym, leading me to have to adjust them ever so often.

I also found the Skybuds’ Bluetooth connection strength to be rather low. It can manage a decent range of several meters when there aren’t any obstructions between your phone and the buds, but audio skipped when I moved just a room away with a wall between the devices.

As for calls, audio quality and volume were fine for the most part – except that your voice ends up sounding like you’re on a bad connection all the time.

Alpha says that you should get about four hours of playback on a single charge, and its claim is about right. The Skydock, with its built-in battery, can recharge them at least four times more without requiring additional power itself.

Should you buy the Skybuds?

The Skybuds are a mixed bag, to say the least. On the one hand, they’re well built, offer impressive features and are comfortable enough to wear all day long. But on the other, they just don’t perform as well as a pair of $200 earphones should.

The price complicates matters a fair bit: you’re still paying more than you would for a sleek set like the Bragi Headphone and Apple’s AirPods. These are hard to recommend over other options. However, if you’ve tried a bunch and haven’t yet settled on a pair that fit just right, perhaps the Skybuds are worth a go.

Find them on Amazon as well as on Alpha’s website.