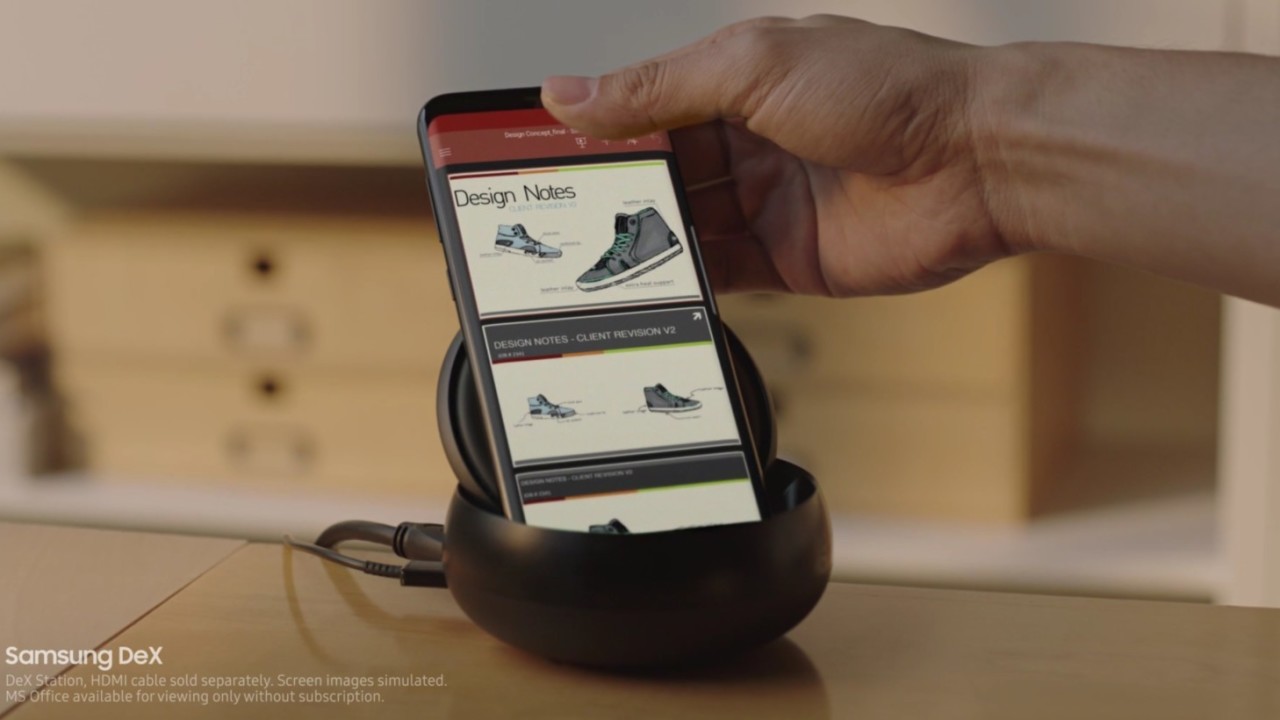 In case you’ve been living under a rock today, Samsung just announced the Galaxy S8 today. It’s powerful, it’s gorgeous, and it brings some ambitious ideas to the table as well.

DeX, a dock that transforms your shiny new smartphone into a shiny new desktop, is arguably the most impressive of these. But I can’t quite wrap my head around what Samsung is trying to achieve.

Don’t get me wrong; DeX is an awesome feat of engineering, and in every demo I witnessed, the software ran with aplomb. I’d rather have a docking option than no docking option, and for all intents and purposes. Samsung appears to have succeeded in creating a suitable desktop environment running from a tiny smartphone.

But why a desktop?

Think about it for moment: For someone to get work done with DeX, they need to connect a keyboard, mouse, and monitor. If you have all three of those things already handy, odds are they are already hooked up to proper home setup. You could in theory also connect DeX to your TV and pair a Bluetooth mouse and keyboard, but that still doesn’t strike me as much better.

Samsung is essentially saying that users should either disconnect their desktop rigs so they can attach the peripherals to a smartphone, or buy three peripherals just so they can be used with the S8. Both of those scenarios ask too much of users.

If this all seems a bit familiar, it’s because DeX is pretty much the same idea Microsoft had with Continuum for Windows 10 phones, which faced basically the same problems. If anything, Microsoft’s implementation is a bit more practical, as it lets you use your phone as a trackpad and keyboard while docked.

That’s not to say there aren’t possible situations where you’d want to use your smartphone as a desktop. Perhaps there’s an office somewhere in Samsung HQ, full of Dex docks employees can just plug into when they arrive for work. But for typical users- users who rarely use desktop computers in the first place – DeX sounds totally impractical.

Now imagine DeX as a dock that turns your phone into a laptop instead. In this scenario, the monitor, keyboard, and mouse are all included in a single unit. You get the same power of the desktop setup (it’s all coming from your phone, after all), but in an integrated system you can actually carry around with you. It may be more expensive, but it would also be a lot more practical.

In fact, it wouldn’t be much different from using one of those new Chromebooks with Android app support – other than the fact you’re limited to only Android apps. On the other hand, since the apps are already running on an Android device, you might run into less of the compatibility issues we’ve seen on Chromebooks anyway.

Frankly, I wouldn’t be surprised if Samsung is already considering a laptop version of DeX, but no one was able to confirm so during today’s launch event. I’m all for a future where phones can replace our workhorse computers, but Samsung will have to prove DeX is something people actually want to use first.