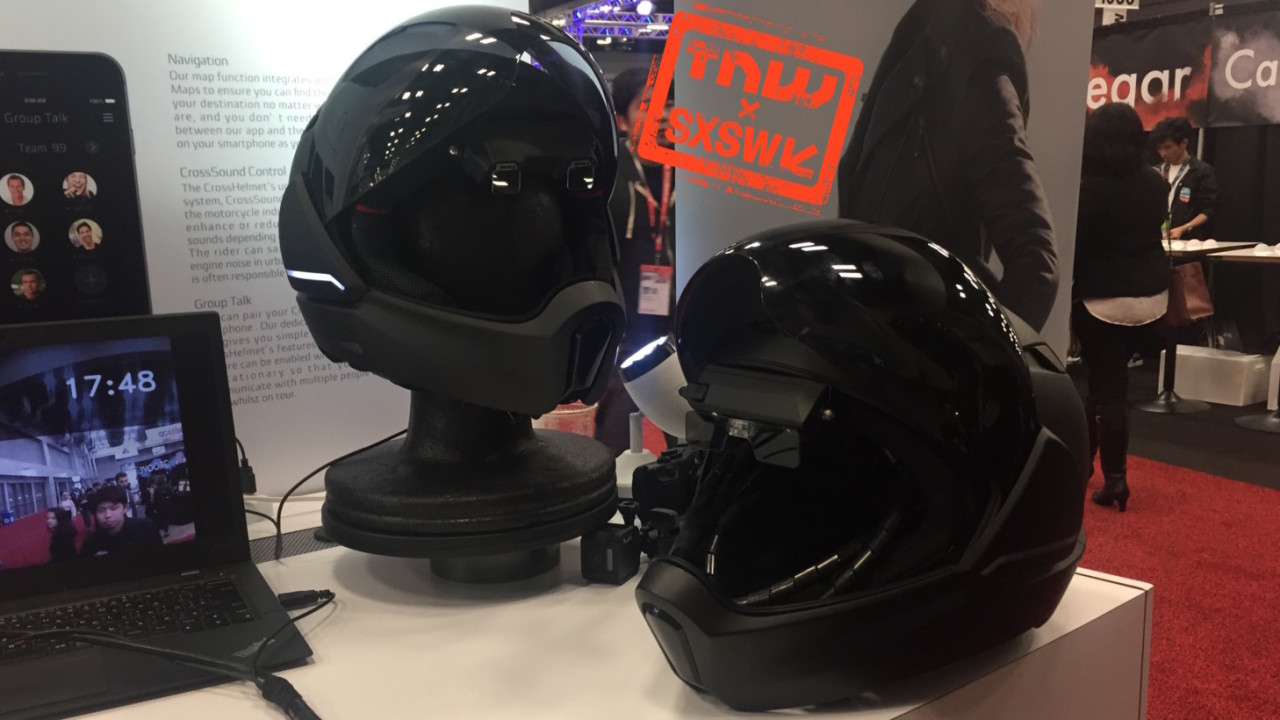 Imagine being able to talk, navigate, and listen to music while riding a motorcycle. CrossHelmet’s features make this easy.

CrossHelmet is a smart motorcycle helmet with a heads-up display that has built-in, app-controlled features such as a GPS, music player, and Bluetooth connectivity.

The HUD can be seen on the tiny lenses built just inside the helmet’s visor. This shows your current route if you’re using a GPS, as well as the feed from a rearview camera. The helmet also has speakers built into it for music, along with a built-in noise control system.

How is it useful?

A motorcycle helmet which offers all the features of a smartphone, hands-free? Sign me up! The noise-cancelling feature was neat, as it means if you answer a call while wearing the helmet, the person you’re speaking to won’t hear the wind rushing by.

The rearview camera seemed to be the most useful feature to me, since motorcycle helmets limit peripheral vision, and this gives an unobstructed view.

The helmet wasn’t perfect, of course. When I put it on, I noticed a black bar along the left lens that indicated the image wasn’t quite aligned with the lens. The staff reassured me that the helmet I was wearing was only a prototype.

According to the CrossHelmet website, the company is hoping to ship the helmet out in May or June. One of the workers at SXSW told me, however, that the latest prototype wouldn’t be available until next year.