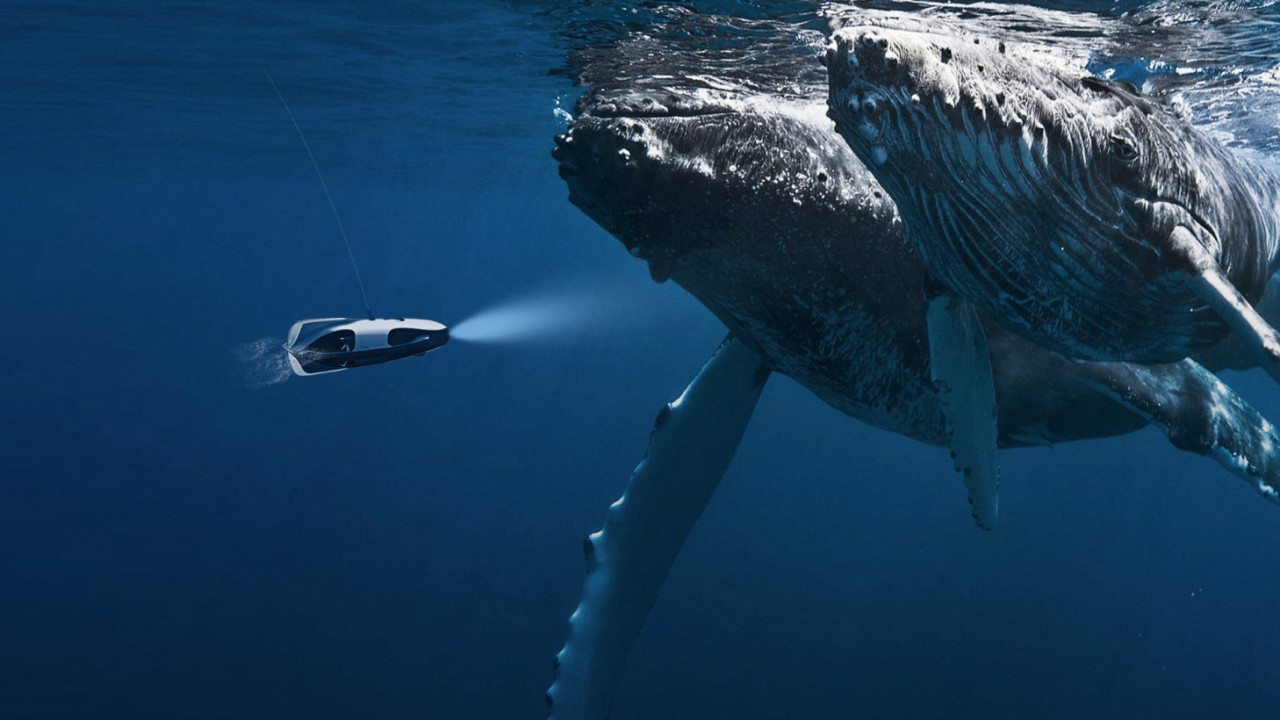 Fishing has never sounded particularly enticing to me, but PowerVision‘s new underwater drone certainly fires me with enthusiasm.

Unveiled at CES this week, the PowerRay is a submersible robot that uses sonar technology and ‘internal fish luring lights’ to detect and attract fish up to 30 meters under water.

Designed to “redefine recreational fishing,” the drone leverages its powerful ‘fishfinder’ component to track down fish and film it in 4K. The device is also equipped with a Wi-Fi connection which lets you beam video and images captured on its integrated camera straight to your smartphone via its dedicated app for iOS and Android.

What is even more impressive about the PowerRay is that it also supports integration with virtual reality.

PowerVision has built a functionality that allows users to pair the drone with the company’s VR goggles for a more immersive experience. In addition to this, the device registers both “gravity and gestures,” which means you can control the robot by simply moving your head.

While the underwater piece of tech is yet to make it to market, it will be available for pre-orders at a yet-to-be-announced price starting this February.

Head to PowerVision’s official site for more details and pictures of the PowerRay.

The PowerRay Drone on PowerVision