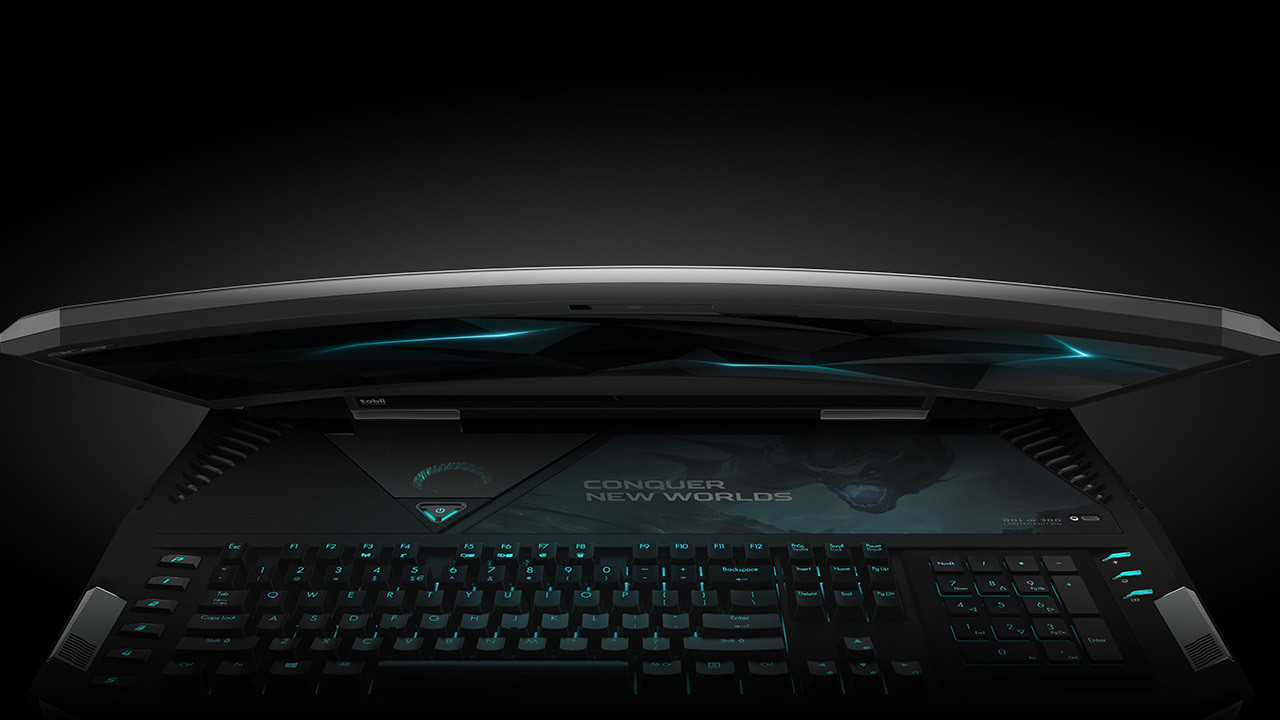 As if gaming laptops weren’t already bulky and expensive enough, Acer is taking things a step further in the new year with its massive Predator 21 X, whose pricing it announced at CES 2017 today.

The $9,000 (not a typo) machine features a curved 21-inch display that offers a resolution of 2560×1080 pixels with 120Hz refresh rate, as well as G-Sync support to eliminate visual artifacts and issues like screen tearing.

Under the hood, it packs a 7th-gen Intel Core i7-7820HK Kaby Lake processor paired with not one, but two GeForce GTX 1080 GPUs in SLI configuration. They’re accompanied by 64GB of RAM and there’s room for five storage drives – a 1TB HDD and four 512GB SSDs (Acer didn’t say what storage devices will come bundled with the 21 X).

That should certainly see you in good stead when you’re playing games on the built-in display, an external 4K monitor, or even in VR.

There’s also a full-sized mechanical keyboard with Cherry MX Brown key switches, as well as a numeric keypad that you can flip over to reveal a precision touchpad. Other innards include four speakers and two subwoofers, two power supplies, five system fans and nine heat pipes.

All that brings the 21 X’s overall weight up to a monstrous 19.4 lbs (8.8kg). If you’re ready to empty your wallet and give yourself a serious workout every time you pick up your laptop, hit up Acer in February when the machine becomes available in the US.