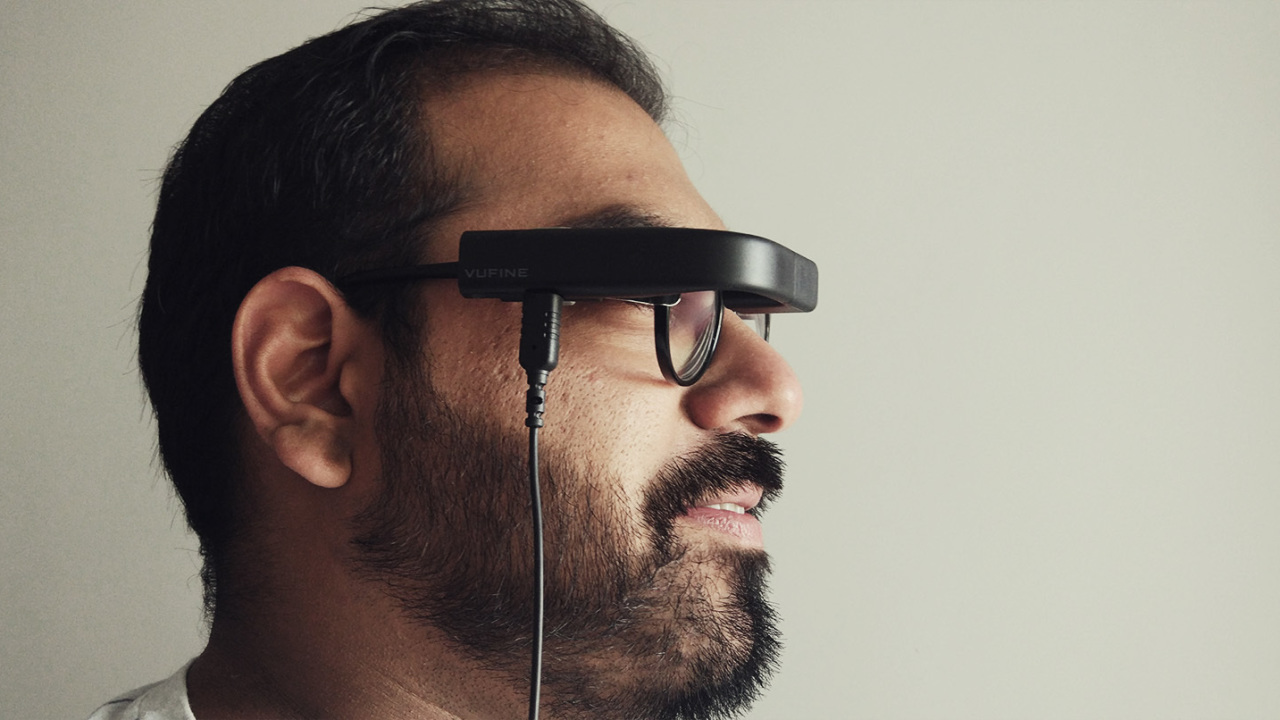 Ask a bunch of tech enthusiasts what was wrong with Google Glass and you’ll get a range of answers: It was ahead of its time, the product was creepy, the app ecosystem wasn’t mature enough, and so on.

However, it did get people thinking about wearable displays and how they might be useful in certain applications. One of the first real products to bring those ideas to life is the Vufine+, a clip-on display that attaches to your glasses and mirrors whatever’s on your mobile device’s screen in front of your right eye.

The $180 gadget is ideal for activities like following a teleprompter or slide deck while delivering a presentation, monitoring live footage while piloting a drone and as a remote viewfinder for your camera.

So yes, that means it’ll only cater to certain niches of tech enthusiasts, but at least it does so fairly well.

The Vufine+ itself is roughly half the length of your eyeglasses’ arm and about as thick as a thumb drive. It has a power button at one end and a display on the other end, which curves to bring the screen in front of your right eye; you can adjust its horizontal position easily.

There’s also a small magnetic ‘docking station’ that the device snaps on to; it has a rubber strap that goes around your glasses’ arm (an included metal stabilizer helps if you wear wire-rim glasses) to secure the Vufine+. Its design also allows you to tilt the device up or down while keeping it in place around your glasses.

There are two ports near the power button end of the Vufine+, one for the charger and another for the Micro HDMI cable that plugs into your mobile device. The company ships an HDMI-Micro HDMI cable with your order, but you’ll probably need an adaptor to connect it, such as this Lightning version that Apple makes for iOS devices.

Don’t wear glasses? Vufine’s got you covered with a pair of non-prescription eyewear in the box. Got all that? Great, let’s try these on.

Once you’ve worn and plugged in the Vufine+, you’ll be able to see whatever’s on your phone’s screen, or is being cast to an external display, right in front of you. It feels odd at first because it obscures your vision and introduces a screen into your field of view, but a couple of focused sessions with it should sort you out.

The 960 X 540 LCOS display offers three viewing modes – Standard, Zoom and Fit – to suit different applications. The company says that Standard mode viewing in landscape appears approximately as a 4-inch display about a foot from your eye; Zoom increases the screen size by 77 percent, while Fit mode compresses 16:9 to take up 33 percent more than Standard.

I’ve got a presentation coming up later this month, so I got to thinking about whether the Vufine+ would come in handy. I loaded up my deck on Google Slides, set the app to present it on an external display and held my iPhone in my hand to use as a slide clicker – and for the most part, it was fine.

However, if you show up to your presentation venue and find that there’s already a monitor on stage for you to glance at, you’ll probably wonder why you bothered lugging the device, along with its cable, attachments and the necessary adaptor with you. It’s not better than a screen on-stage; it only beats not having any visual cues to work with.

That being said, if you’re using it to monitor your drone footage while you pilot it using both hands, it’s a nifty tool to have. The Vufine+ works well, feels durable and offers a solid 90 minutes of use on a single charge, making it a good purchase for people in the aerial imagery business. There are even headband and hat mounts to allow just about every kind of user to wear it comfortably.

Vufine says you can also use this to keep an eye on your phone’s navigation app while bicycling or riding a motorcycle, or even to watch videos while you do your chores. I’d argue that its dependence on a wired connection and taking up a large chunk of your field of view make it too cumbersome to use in these scenarios; you’re much better off tuning into voice-guided navigation or listening to music and podcasts on your headphones instead.

Should you buy a Vufine+?

The Vufine+ isnt’ as easy to adopt as, say, a Chromecast. It takes a minute to put it on, needs to be plugged in for use. As such, I wouldn’t recommend this as a gift or a casual addition to your gadget collection.

However, if your work or hobbies necessitate a heads-up display, this is a great choice at a reasonable price. My only gripe is that it requires adaptors to connect to phones and tablets, which adds between roughly $12 to $40 to the overall cost. For those that don’t mind the price and can see themselves using it on the regular, I think you’ll be satisfied with your purchase.

Check out the Vufine+ Kickstarter campaign by clicking this link. The device will ship at the end of the year.