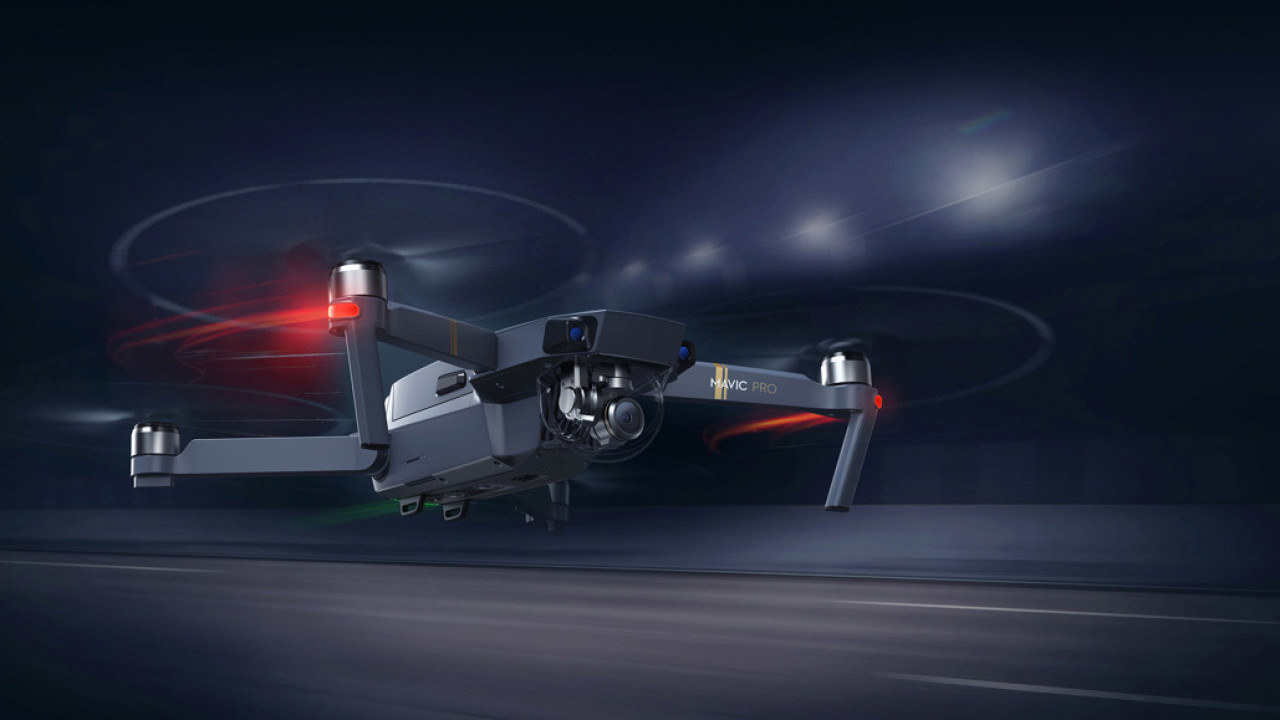 Drone maker DJI’s latest offering is more than just a cool-looking toy. The all-new Mavic Pro includes a stabilized 4K camera and a visual navigation system to track objects on video and avoid obstacles, all in a foldable design that’s small enough to fit in your palm.

The Mavic Pro has a range of 4.3 miles and can stay airborne for up to 27 minutes on a single charge. It features a new FlightAutonomy system that combines five cameras, GPS and GLONASS satellite navigation, and two ultrasonic range finders to safely navigate routes in the sky at speeds of up to 40 mph.

You can control the drone using the optional long range handheld controller or just your smartphone within a shorter range, thanks to the Mavic Pro’s dual-band Wi-Fi.

The onboard camera is capable of shooting 4K video at 30fps and 1080p video at up to 96fps, as well as 12-megapixel still photos in RAW format. DJI says the drone can snap 2-second-long exposures with the new stabilization gimbal.

In addition, the Mavic Pro can stream footage directly to DJI’s new Goggles headset to give you an an 85-degree first-person view, or a third-person mode. However, the company hasn’t yet announced availability or pricing for the wearable.

With that, DJI has managed to pack in all the essential capabilities of its larger drones into a small package that’s more affordable to boot.

The Mavic Pro, which will ship next month, is available to order now for $749 without the controller; adding the RC brings the cost up to $999. For reference, the 4K-capable Phantom 4 costs $1,200.

The Mavic Pro’s starting price is also $50 less than GoPro’s foldable Karma drone that was announced last week, which means we’ll likely see both companies duke it out in the coming months to become the favorite among aerial video enthusiasts.