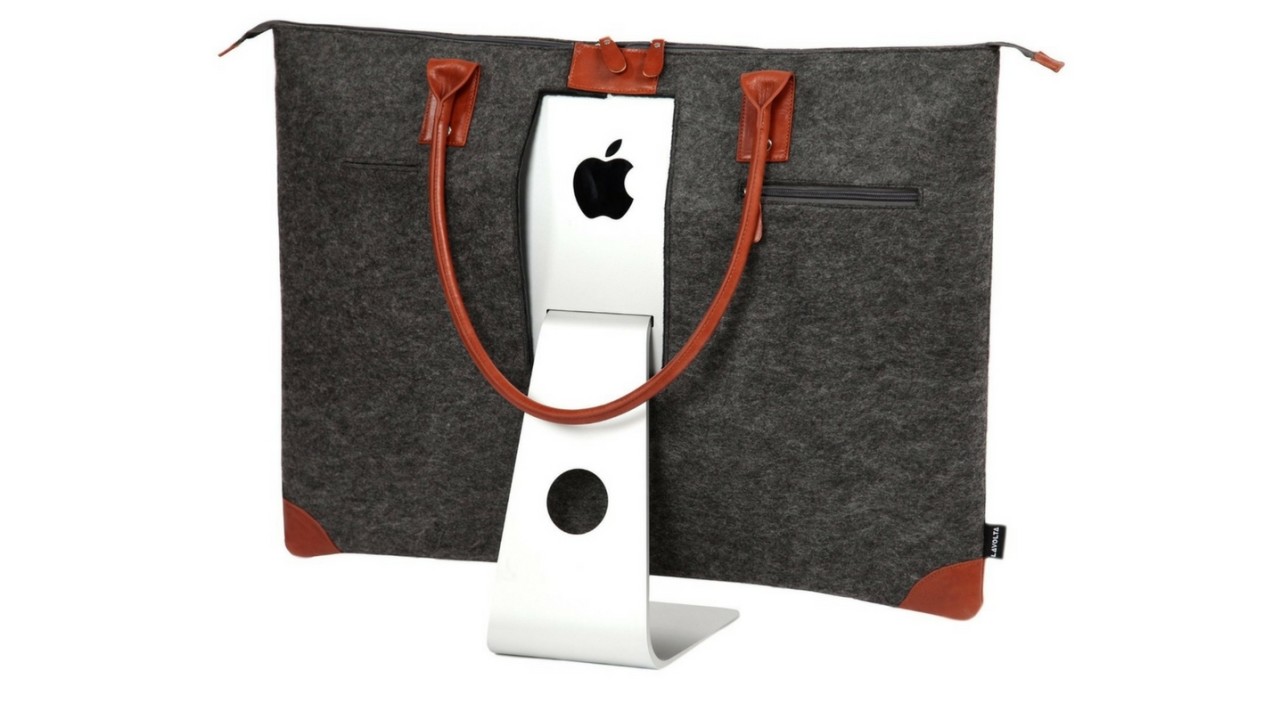 The 27″ iMac is quite literally the largest computer that Apple sells.

It weighs 9.54 kilograms (21 pounds). This is a beast of a machine. You don’t carry this around with you like you would a svelte Retina MacBook. You take it home from the Apple Store, drop it on your desk, and leave it alone, lest you hurt yourself.

But one dude hasn’t got this message. Aliaksei Malevich is the creator of the Lavolta Carry Case – a leather travel bag for the behemoth 27″ iMac which looks a bit like the unholy lovechild of an Apple Store and a Louis Vuitton handbag.

The Lavolta Case snugly fits every generation of the 27″ iMac, dating back to 2009’s Unibody model, as well as the Apple 27″ Thunderbolt Display. It has compartments to store the keyboard, mouse, and power supply, and weighs 800 grams (1.7 pounds), because your computer isn’t heavy enough already.

According to Malevich, the idea behind it came after he had to take his computer to an important business meeting, and couldn’t find a suitable carry case. So, obviously he created his own, which he now sells on Amazon and Etsy for $79.99 and $69.99 respectively.

Etsy, as we all know, is the home of some really great ideas.

On one hand, I want to applaud Malevich’s entrepreneurial spirit. Coming up with an idea, turning it into a real product, and bringing it to market is no easy feat.  On the other hand, I’m kinda perplexed by why anyone would want to drag around a 21 pound computer anywhere.

Maybe I’m just out of touch though, as the Lavolta case has already received five glowing reviews on Amazon. I imagine for creatives on the move, this is probably quite useful.