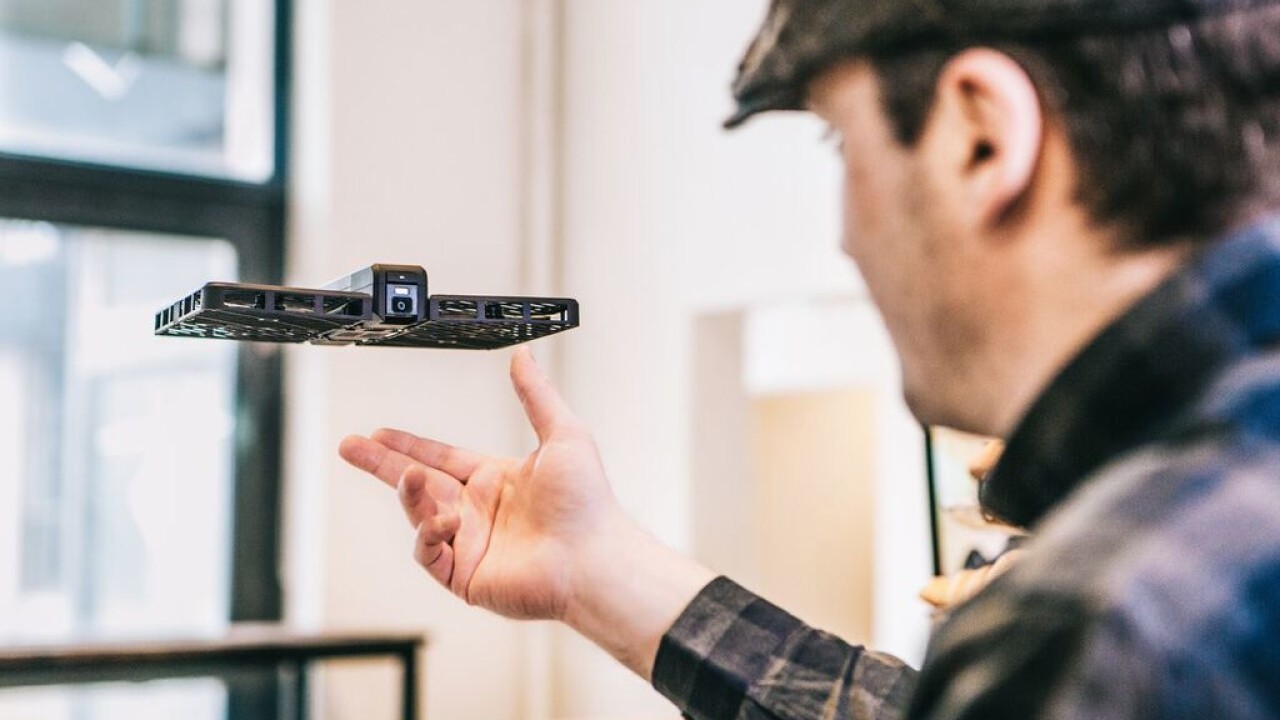 Selfie sticks are arguably dumb, but selfie sticks on wings? The guys at Zero Zero Robotics might be onto something.

The Beijing-based company today unveiled the Hover Camera drone, a foldable device that can track your face and follow you around to snap videos and photos wherever you go. We saw a demo of it last week, and upon launch the app it was able to quickly scan its periphery for faces and locks on to whomever you assign. Then, walk around and it’ll keep close – without actually running into you.

Word of warning, the thing is extremely loud. It’s encased in a carbon fiber body which makes it lightweight and durable, but this also means you can hear every motor spinning to keep it in the air.

Ok ok, that Hover Camera thing is cool but have you heard it fly? This thing is NOISY pic.twitter.com/s6X9qkKDMb

Spec-wise, it’s got a 13MP camera that can shoot 4K videos or 360-degree panoramic shots. It can hover at a maximum altitude of 164 feet.

Zero Zero Robotics says since the camera has object-recognition technology built in, it can avoid obstacles and flying into people as it follows you. What it doesn’t have, however, is a GPS tracker, so should you lose your Hover Camera, you’ll need to manually retrace steps to find it again.

The Hover Camera is not currently for sale, but the team is looking for beta testers to help develop it further before putting it on the market for an estimated price of $600. You can sign up for the program here.