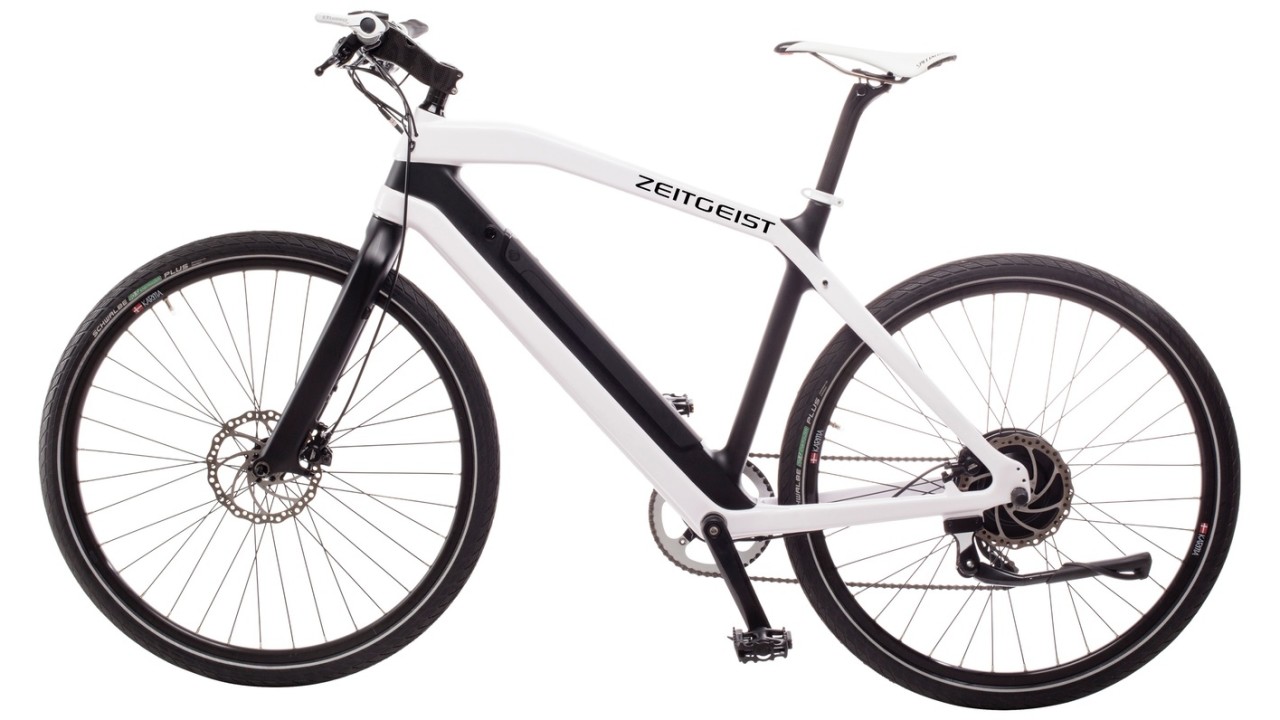 Electric bicycles aren’t new, but neither was the electric car when tesla came along — and Zeitgeist thinks it can disrupt an industry, just as Tesla has.

And it may be right.

Currently being crowdfunded via Crowd Supply, the Zeitgeist has an impressive position. Not only is it gorgeous, but it packs in more accessible and clever tech than anything else in its class.

A power-to-weight ratio of 500 watts to 44 pounds gives you bang for your buck, and the company tells TNW you can get about 80 miles of assisted ride time per charge.

It’s also pedelec, which means you’ll be assisted, not chauffeured. Rather than have a motor take over, Zeitgeist can help you navigate hills or other terrain a bit easier (with help from a 9-speed Shimano derailleur, of course).

The battery sits in the main part of the frame, and can be removed at your discretion. The Diavelo Zeitgeist ​E​lectric ​B​ike (its full and proper name) doesn’t need the battery to operate; it can be a standard bike if you’d rather go light (much of the weight is in the battery itself).

The frame is made almost entirely of carbon fiber, including a specially designed rigid front fork.

There’s also a small display front and center on the handlebars, which can be removed. It currently shows info like power level of your battery, speed and an odometer, but Zeitgeist is opening the platform up for developers. The team envisions GPS, theft tracking, diagnostics and tie-in with health apps in the future.

While crowdfunding is a tricky gambit, Crowd Supply is more a preorder site than its competition. To that, Zeitgeist will ship the first ten units by May 19 for a May 31 delivery — and incrementally throughout the campaign — with final units shipping in October after the crowdfunding phase ends June 18.

If you’re interested, the Diavelo Zeitgeist ​E​lectric ​B​ike will set you back $3,999, and the team tells me it envisions retail being right around $4,999 — a touch lower than similarly specced bikes