Lytro’s consumer cameras introduced the intriguing concept of being able to refocus your image after a shot was taken, but the execution wasn’t quite convenient enough to catch on with the masses. So now the company is aiming much more upmarket – professional movie-making – where it’s less likely to be limited by silly constraints like a reasonable price point.

The simply named Lytro Cinema – with a starting price of $125,000 for a rental – ups the ante for what light-field can do over traditional cameras. As with other light-field cameras, it captures light ‘rays’ instead of 2D pixels, meaning that every data point has a color, position and direction, but this time with particular emphasis on video.

That direction part is key, as it’s what allows the camera to measure depth, recreate a 3D space, and refocus an image after it’s been taken.

The Cinema would theoretically eliminate that burden and simply let cinematographers focus on the composition of the scene, or go for more elaborate tracking shots that would be difficult with a traditional camera rig.

Refocusing aside, light-field has several other benefits specific for film-making:

All these allows for great creative flexibility, allowing directors to mess with a shot after it’s been recorded and making special effects integration easier, but wouldn’t be worth much if the Cinema couldn’t produce a final image to compete with existing film cameras.

After all, that’s what largely what plagued Lytro’s consumer offerings; refocusing is really cool, but the final, static 2D image – how most people would ultimately experience the photo – was markedly worse than your average DSLR or Mirrorless camera.

Lytro’s trying to avoid that mistake this time around, as no film-maker will pay for lackluster footage, especially not when your camera costs more to rent than existing professional gear like an Arri Alexa.

First up, the resolution is a ridiculous 755 RAW megapixels. For comparison, Lytro’s DSLR-like Illum had a 40 ‘megaray’ resolution, which amounted to a 4 megapixel 2D image.

It’s not clear how the Cinema’s 755 megapixel resolution will translate into a 2D image once post-production is complete, but even reducing by a factor of 10, that seems like ample resolution. In any case, the company says it can output footage to IMAX, RealD, Dolby Vision, ACES and HFR, so it’s got its high-end cinema formats covered.

The burden of proof

Of course, resolution isn’t everything, or we’d be shooting 4K movies with our smartphones. Lytro is claiming 16 stops of dynamic range, which is more than top-of-the-line professional cameras like the Alexa or the Red One. It can also film at up to 300 frames per second in a high bandwidth mode.

All that totals up to an insane 400 gigabytes per second of footage, which is why the camera  includes its own server. Lytro is also making sure the Cinema works well existing workflows, including integration with professional compositing software like Nuke.

Of course, all those fancy features are for naught if the video doesn’t actually look good, and Lytro is only revealing a few bits of footage today. And there will also be other hurdles to overcome, such as the camera’s huge size, going by the promo footage.

We won’t have to wait long for more though: the company is teaming up with Academy Award winners Robert Stromberg and David Stump – VFX artists for ‘Avatar’ and ‘X-Men,’ respectively – to produce a short film shot with the Lytro Cinema for the NAB conference next week. We look forward to seeing what this camera can really do. 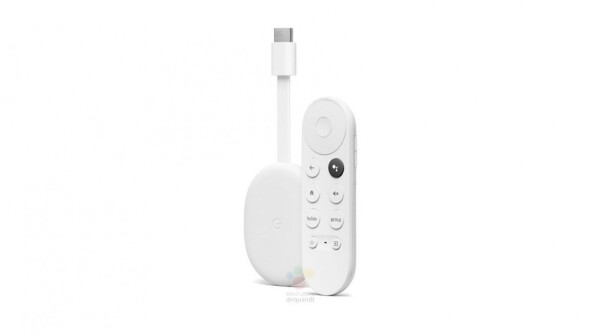