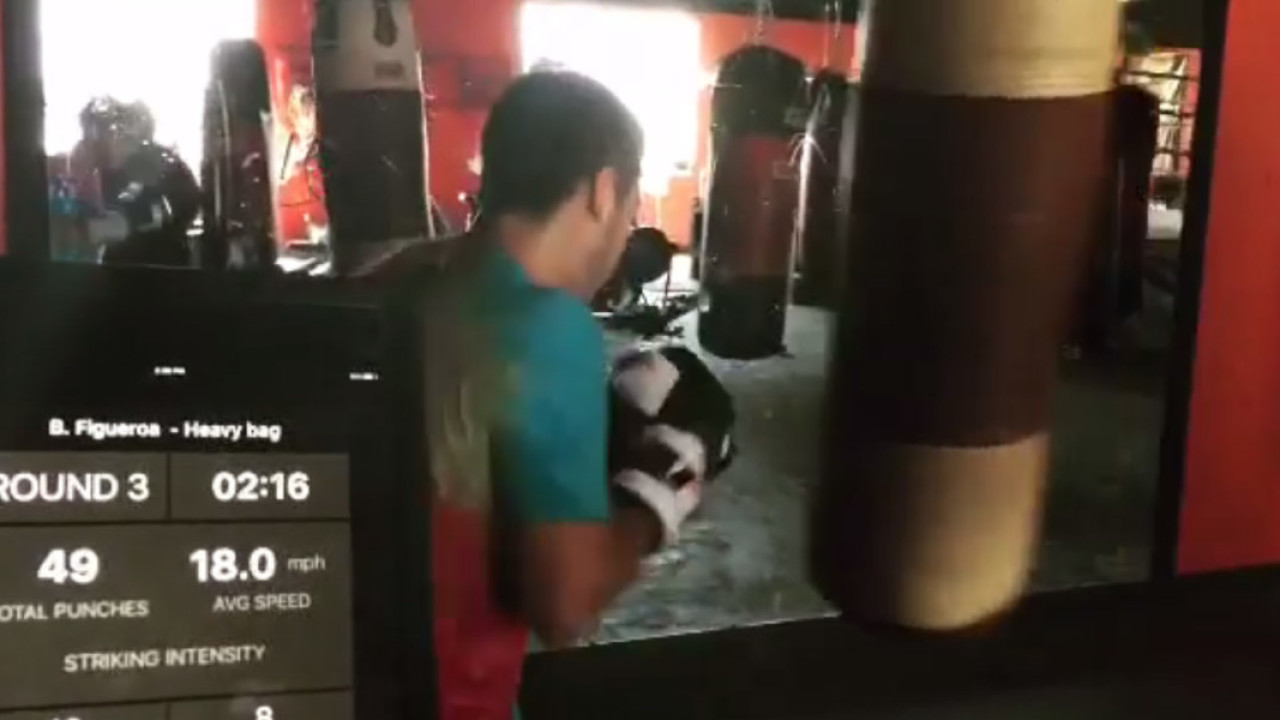 The wearables market has been flooded over the past few years with devices to measure the distance you’ve run and the calories you’ve burned. But there hasn’t been anything to help fighters track their performance in the ring.

The team behind Hysko promises to do just that. Slip its thumb drive-sized sensors into your handwraps, pair them with your phone and you can begin tracking the intensity, count, type and speed of your punches in real-time.

The sensors include accelerometers and a gyroscope to track your workout. You’ll get four hours of battery life on a single charge; an included dock juices them in an hour. The bundle costs $154 and is set to ship globally in June.

Although there have been attempts to track fighters’ performance with sensors in the past, like Athletec’s Corner and the StrikeTec bracelet, Hykso seems to be closest to getting its product into users’ fists.

It’s worth noting that Moov’s wearable supports boxing workouts, but it’s geared more towards helping you get fit rather than precisely measuring your fighting capabilities.

In addition to tracking stats from each workout, Hykso’s app shows you trends over time to help you fine-tune your training, such as how consistent your striking intensity is and whether you’re using a certain type of punch too often.

It also grants you access to a community of boxers: You can challenge friends to see if they can top your punch count, see how you stack up against other Hykso users and compare performance between your gym and your rivals’. You can also follow pro fighters’ drills and adopt them in your own sessions.

Co-founder Patrick Chandler says that the company has 20 athletes using Hykso during almost every training session; the times they don’t use them are when they’re focusing on improving their technique and aren’t concerned with punch speed and count.

It’ll be interesting to see if such devices become more commonplace in gyms as well as in mainstream sporting events. By the looks of things, it seems like we’ll soon see granular fight statistics similar to how we do with cricket and baseball.

If you’re looking to track your boxing training, you can pre-order Hykso sensors now and enter the code PHROCKS at the checkout for 20 percent off the price. You’ll need to be quick though, only 3,000 will be made during the initial run.