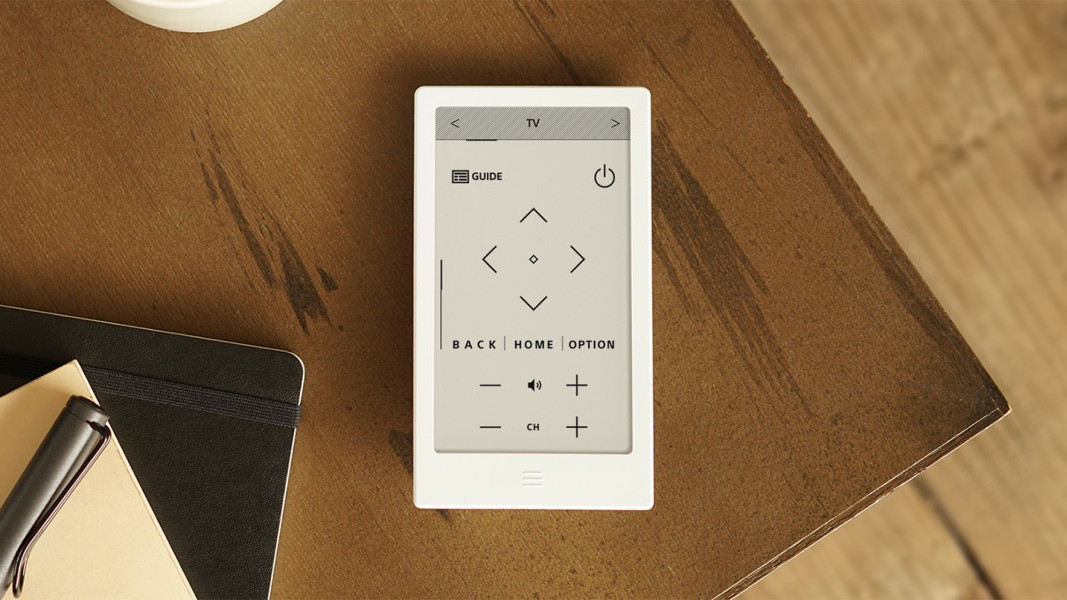 After a successful campaign on Sony’s own First Flight crowdfunding platform, the company’s Huis remote controller features an e-ink screen that displays only the buttons you need to operate your TV, audio system, lighting and air conditioners.

The Huis (pronounced “house”) offers some notable advantages over traditional universal remotes that feature LCD displays and buttons. The e-ink display can stay on all day without consuming power and the company says it will last a month on a single charge.

You can customize the button layout for each device so you only see control for the functions you use most. The remote lets you set it up on the device itself or by using a desktop companion app that also supports sharing and downloading additional configurations on the Web.

Sony has been working with e-ink for some time now. In 2014, it debuted a fitness tracker with a low-power display that extended battery life to three days. The company also crowdfunded an e-ink watch on its platform last year.

The Huis controller retails for 27,950 Yen ($245) and will begin shipping in March in Japan. Sony hasn’t said if if the device will become available internationally.

➤ Huis Remote Controller [via The Verge]